Avenged Sevenfold (A7x) is considered to be one of the most successful metal bands of the 21st century. It was formed in 1999 by M. Shadows, Jimmy ‘The Rev’ Sullivan, and Matt Wendt (who remained in the band only for a year), who were all childhood friends that enjoyed playing together while growing up. Zacky Vengeance and Synyster Gates were added to the band’s line-up later.

A7x started climbing the ladder of international fame in the early 2000s but suffered a heartbreaking loss in late December 2009, when their friend and drummer The Rev passed away due to an overdose. Following that, the band hired multiple drummers, including one of the Rev’s biggest influences Mike Portnoy, but in 2015 settled on Brooks Wackerman.

The band released their latest album ‘The Stage‘ in October 2016 and it was the first one to feature Wackerman. However, there were a couple more interesting facts about the band’s seventh album, such as it being a surprise release. Even though the band worked on it for over a year, they decided to release it without any promotion, a decision which they came to regret.

Why Did Avenged Sevenfold Surprise Release The Stage? 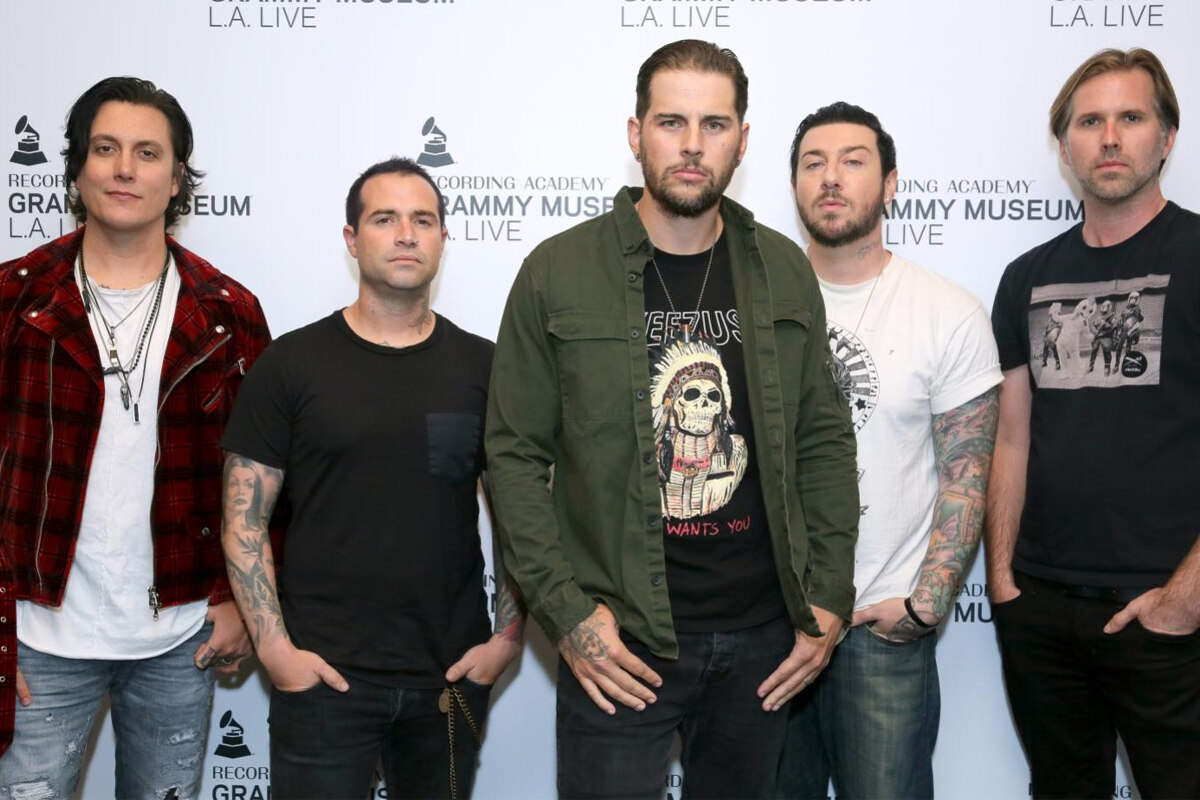 The band had been working on their seventh album throughout 2016 and it was A7x’s first conceptual album. ‘The Stage’ explores the concepts of artificial intelligence and the self-destruction of society and has progressive metal sound. Although it achieved great success, it seems like things could have been different if it was promoted.

As you know, rock and metal bands often announce the release date of their album at least six months earlier and increase their fans’ excitement by dropping singles every now and again. Following the surprise release of ‘The Stage,’ the band was asked why they went another way. During an interview approximately a year later, M. Shadows said that the reason why they did it this way was to please their fans but that it didn’t work out the way they expected it to.

Apparently, what A7x didn’t want to do was to keep their fans waiting by dropping a single every now and then before releasing the whole album months later, as they consider this to be annoying. However, the way that they did it cause a lot of confusion as people started expecting a new album upon coming across the singles.

M. Shadows explained the band’s reasoning behind the surprise release during an interview with Full Metal Jackie:

“We’re just trying to figure out new ways to get the music to people, to excite the fanbase. Also, people have shorter attention spans now with the way information comes and goes so quickly on the Internet. We’re just trying to figure out the puzzle. And one thing that we really didn’t wanna do was be months out and just keep releasing singles and really just getting on people’s nerves with all the promotion. So this was just another way to do it.

I don’t know if it was the greatest plan in the world, but I know it was a plan, and it was different, and it was exciting to us. But I just talked to a few radio stations today and there are radio DJs that got ‘God Damn’ for the first time, and they’re, like, ‘Yeah, so the new record’s coming out, huh?’ And I go, ‘No. The record came out four months ago. And they’re like ‘Really? Why are we just getting a single now?'”

Even though the band didn’t promote ‘The Stage’ prior to its release, it was still a great success. It debuted at No. 4 on the Billboard 200 and the title track was even nominated at the 60th Annual Grammy Awards in the ‘Best Rock Song’ category in 2018. However, it seems like M. Shadows slightly regretted their surprise release as it caused a lot of confusion.