The Beatles and Pink Floyd are among the most significant music acts in rock history. Although their styles are different, they share some commonalities regarding their devoted fanbase. With their contributions to the music scene and their classic hits, which still have an audience today, both bands have influenced many artists throughout the years.

Rock fans have often requested the collaboration of two iconic bands, but such projects are rarely pursued. However, that wasn’t the case in the mid-’80s as the Beatles’ co-lead vocalist, bassist, and co-songwriter Paul McCartney came together with Pink Floyd’s iconic guitarist David Gilmour to collaborate for one of his songs. 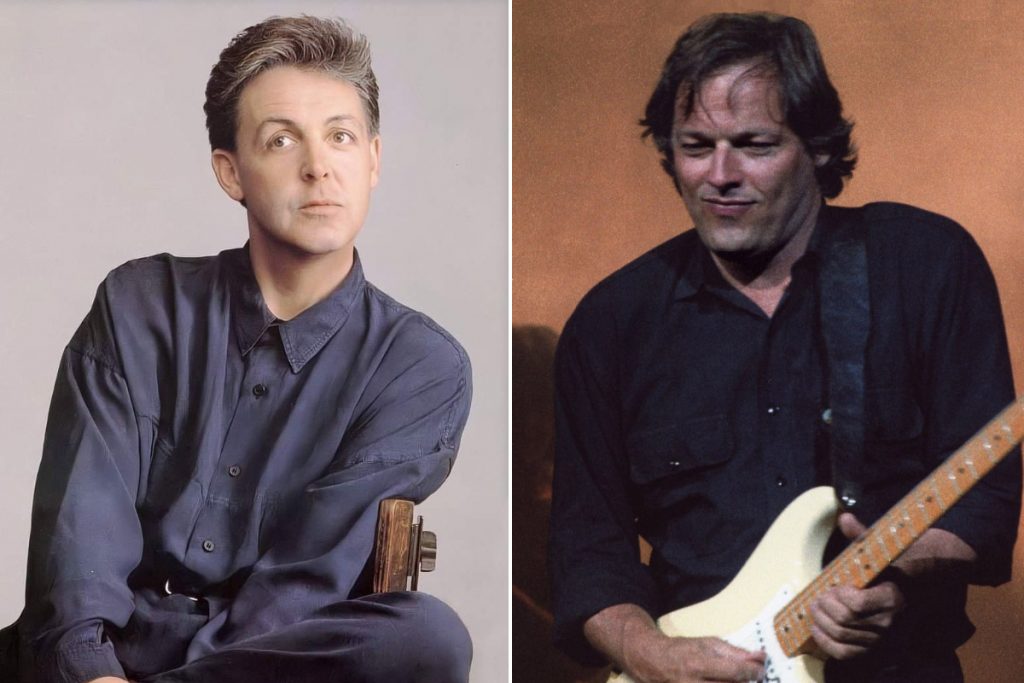 After his tenure in the Beatles, Paul McCartney decided to focus on his music career. He then formed the band Wings in 1971 and assembled a supergroup ‘Rockestra’ featuring Wings members and Pete Townshend, David Gilmour, John Paul Jones, and others. Following the release of ‘Back To The Egg,’ Wings completed their final concert tour in 1979.

Following that, McCartney’s path crossed with David Gilmour again in 1984. At that time, McCartney was starring in the musical ‘Give My Regards To Broad Street’ and released a same-titled soundtrack album for the film. The album’s success overshadowed the movie, and the album’s hit single ‘No More Lonely Nights’ reached the US top-ten.

The power ballad ‘No More Lonely Lights’ became a chart success following the release, and it was later included on McCartney’s 1987 ‘All The Best’ double album, 2001’s ‘Wingspan: Hits And History,’ and 2016’s ‘Pure McCartney.’ Moreover, David Gilmour contributed to the song on lead guitar with a marvelous guitar solo and told McCartney to give his session fee to a charity of his choice.

Later on, in 1989, Paul McCartney released the album ‘Flowers In The Dirt’ which included Gilmour and Nicky Hopkins’ contributions. Furthermore, in 1999, he released the ‘Run Devil Run’ album featuring David Gilmour. So, the pair continued to collaborate since the release of the successful hit ‘No More Lonely Nights.’

You can listen to the song ‘No More Lonely Nights’ below.