Def Leppard‘s talented late guitarist Steve Clark was born in Sheffield on April 23, 1960. He developed an interest in music from a very young age, and it didn’t take long for him to receive his first instrument, the guitar, at the age of 11. After one year of classical guitar lessons, Clark switched to the electric guitar as he was deeply influenced by Jimmy Page and Led Zeppelin.

Despite his interest in music, Steve initially worked as a lathe operator in an engineering firm. However, his passion for taking the stage and performing guitar would eventually prevail. Joining Def Leppard gave the guitarist a chance to show his talents and gain worldwide recognition. Let’s take a look at his career and achievements with Leppard. 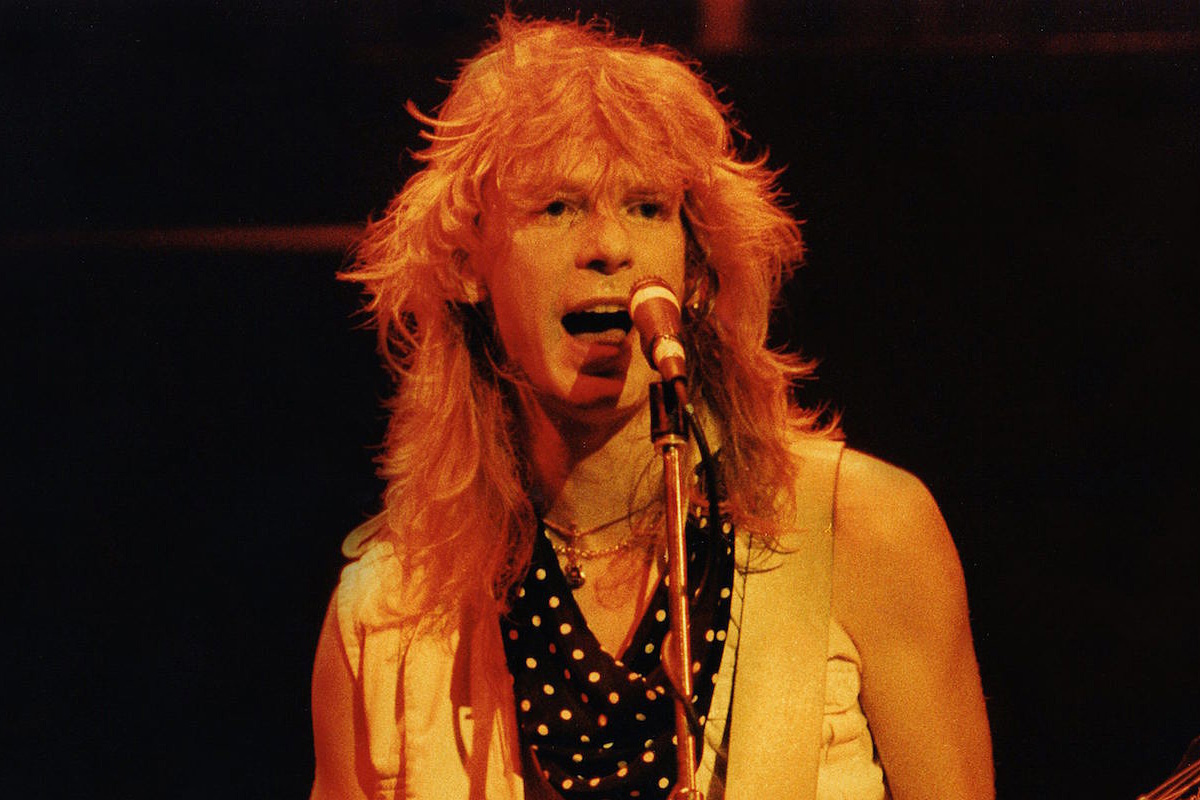 Before becoming a Def Leppard member, Steve Clark performed cover songs with his band Electric Chicken. Then, Leppard’s original guitarist Pete Willis offered Steve to come and audition for him when he saw the late guitarist reading a guitar book. Although Clark never showed up, the great opportunity to be a band member just dropped into his lap once more when Joe Elliott and Willis ran into him again at a Judas Priest gig.

When they repeated their offer, Clark agreed to come and audition for Def Leppard to fill in the position of the second guitarist this time. So, he became the new Leppard guitarist in January 1978 after a decent performance. Steve quickly stood out within the band with his guitar playing and songwriting skills and earned the nickname ‘The Riffmaster.’

His first record with Def Leppard was the band’s debut album ‘On Through the Night,’ released in 1980. He was credited as the primary songwriter in all the tracks except one. After 1981’s ‘High ‘n’ Dry,’ the band started to record their third studio effort, ‘Pyromania.’ The band entered a new era with Phil Collen‘s addition to the band after Pete Willlis’ departure toward the end of the recording sessions.

Collen and Clark quickly connected, became close friends, and produced the band’s trademark guitar sound. They came to be known as the ‘Terror Twins‘ due to their close friendship and offstage antics, fuelled by their excessive alcohol consumption. So, they created a unique guitar partnership that brought Def Leppard mainstream recognition. Even though Def Leppard was at the height of their career following the massive success of ‘Pyromania’ and ‘Hysteria,’ things were not going well for Clark. Unfortunately, Steve Clark developed an addiction to alcohol at a young age. He had struggled with alcoholism for several years and was also known to suffer from depression during that time. His addiction reached such a point that he couldn’t play the guitar properly anymore. His mood swings and excessive alcohol consumption made his performances unreliable.

In 1989, Steve’s bandmates, who were worried about his health, offered him to enter a rehabilitation center. Clark initially agreed to do it but then left the center without finishing the program and continued drinking. Joe Elliot spoke about the late guitarist’s mental state at the time in an interview with the Guardian in 2018.

“By coincidence or torture, I often got the room next to Steve, and I could hear through the walls the pain he was in,” recalled Elliott. “I remember the night before one tour started, he was trying to smash his knuckles on the sink so he wouldn’t have to play because he was scared to death of getting up on stage. And then we did the gig, and he was like: ‘I’m fine.’ With bruises everywhere. It was f*cking hard work to have the room next to him.”

Speaking about the band’s wish to support him, Joe said, “We would have never kicked him out of the band because he was always apologizing for being the way he was. He wasn’t an asshole by any means. He wasn’t angry or throwing things. He was always subdued or insular. So you always felt sorry for him.”

Following the failed rehab process, Def Leppard members gave Clark six months off to pull himself together, stop drinking, and return to the band. However, the late musician carried on drinking and was found dead on his couch by his girlfriend on January 8, 1991, at the age of 30. The official cause of his death was reported as respiratory failure caused by a mixture of alcohol, antidepressants, and painkillers. Sadly, the talented guitarist became yet another victim of addiction and bid farewell to his loved ones at an early age.