The Only Thing That Made James Hetfield Jealous Of Kirk Hammett

Metallica has been in the metal scene for over four decades and is one of the most influential metal bands in the world. Aside from being a member of the ‘Big Four’ thrash metal bands that revolutionized the genre, Metallica is also praised for bringing metal music into the mainstream, especially after the release of ‘Master of Puppets’ in 1986.

The band’s career started after Lars Ulrich put an advertisement in a Los Angeles newspaper looking for metal musicians, and Hetfield decided to respond. Although there were initially some lineup changes, it was more or less stabilized following bassist Cliff Burton’s unfortunate passing in 1986.

While the Metallica members’ roles have now become a part of their image and identities, there was a time when James Hetfield didn’t feel confident enough to become Metallica’s frontman. Furthermore, he once admitted that he wished he could do what Kirk Hammett can, and expressed his admiration for the guitarist. Today we’ll shed some light on the iconic frontman’s often disregarded insecurities.

Why Did James Hetfield Hesitate To Become Metallica’s Frontman? 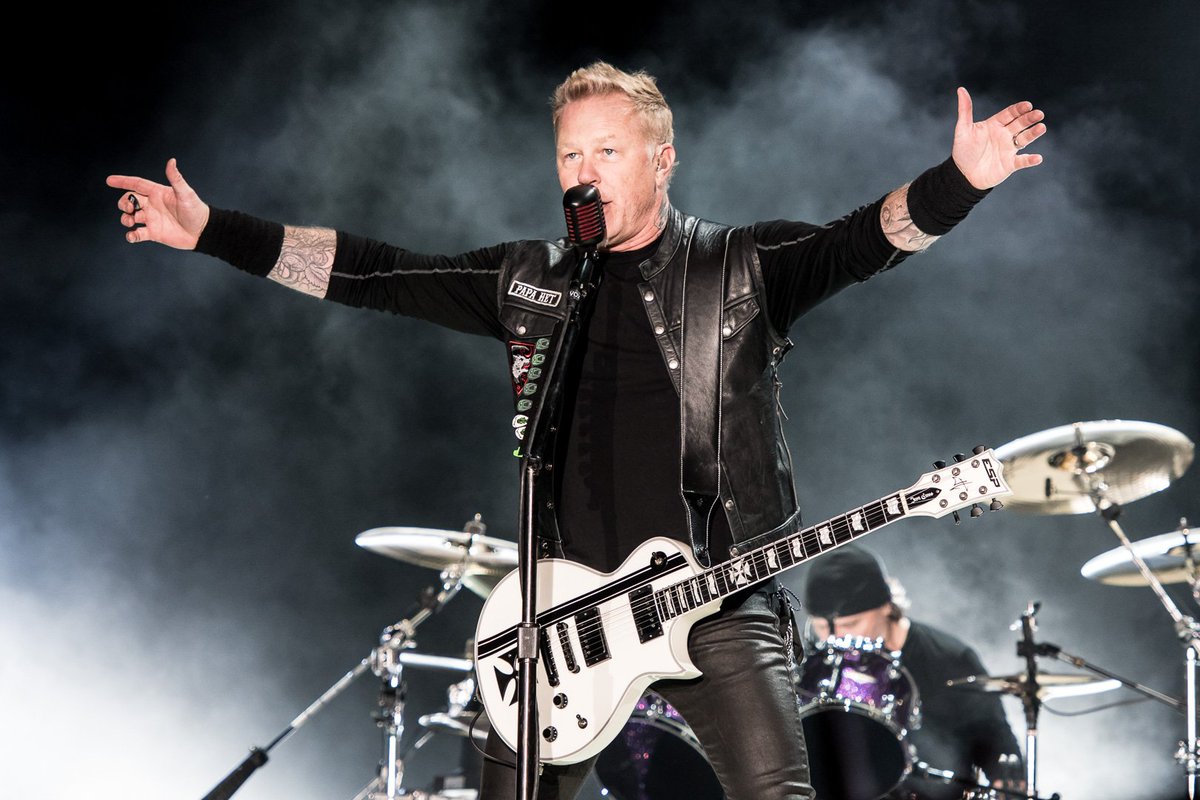 As you may know, during the band’s early days, James Hetfield and Lars Ulrich had decided to recruit a singer as James first wanted to play the guitar. After several auditions, they agreed that the most desired option was Armored Saint’s John Bush. However, the musician was committed to his band and refused the offer.

The duo had decided to audition vocalists because Papa Het struggled with feeling confident as a vocalist and preferred to continue playing guitar. Although we don’t know how well the band would have done with another lead vocalist, it’s probably for the best that Hetfield filled the spot. Nonetheless, his role as a frontman never prevented the musician from looking up to great guitarists, which brings us to the reason James Hetfield was jealous of Kirk Hammett.

Why Is Papa Het Jealous Of The Metallica Guitarist?

Kirk Hammett entered the metal scene in 1979 at the age of 16 as the founder of Exodus. It became one of the most influential bands in the Bay Area thrash movement, but the guitarist quit after being invited to Metallica in 1983. This was probably a good choice considering the band’s current reputation as the most famous metal band in music history.

The guitarist is known for his tapping, palm muting, and fast picking techniques and has influenced several contemporary guitarists. Hammett was ranked No. 11 on Rolling Stone’s list of The 100 Greatest Guitarists of All Time and has an excellent reputation as a talented guitarist and hardworking bandmate.

One of the people who praised Kirk’s talents was his bandmate, James Hetfield. During an interview in 2017, Papa Het admitted that Kirk is such a fantastic lead player that he wishes he could play like Kirk. However, as the spot of the best guitar player was taken by Hammett, Hetfield decided to ‘become the best rhythm player’ he could be.

Papa Het described his admiration for Kirk Hammett’s talents while speaking to Newsweek in 2017:

“Kirk’s an amazing lead player with a great lead sound, and I wish I could play like him, but I can’t. So I become the best rhythm player I can. And being the singer, I love melody. Michael Schenker is probably one of my favorite guitar players as far as melody goes. All of the kind of dual harmony things are things that I do in the studio, and Kirk comes in and does the solo stuff.

I think I’m a little more subtle than him. He’s pretty bombastic when he comes in with a sound. In rehearsals, it’s like, ‘Do you notice that you’re really, really loud?’ And he doesn’t. He just loves noises, exploring noises. It is a great combo.”

While it is clear that Hetfield deeply appreciates Kirk Hammett’s talents as a guitarist, he seems to also feel a little resentment for not being as good. One may argue that aside from his talents, Papa Het is jealous of Kirk also because he gets to concentrate on his guitar while he needs to sing and play the rhythm guitar, which he initially wasn’t confident about.