The Nirvana Song That James Hetfield Considered As ‘What Music Needed’

There is no doubt that Metallica frontman James Hetfield occupies a very important place in the history of metal music. Although the band had some ups and downs at the beginning of their music career, they managed to clear the way and create their distinctive sound. Although the origins of thrash metal go back to the early ’70s, it developed in the early ’80s and Metallica increased its popularity tremendously.

It would be fair to say that thrash metal and Metallica totally dominated the music scene during the ’80s and gained enormous success. As the band’s leading figure, James Hetfield inspired a whole generation with his vocal and playing style. Metallica and the thrash metal world, in general, were enjoying their success and increasing popularity until something unexpected got in their way.

How Was Thrash Metal Interrupted By Grunge? 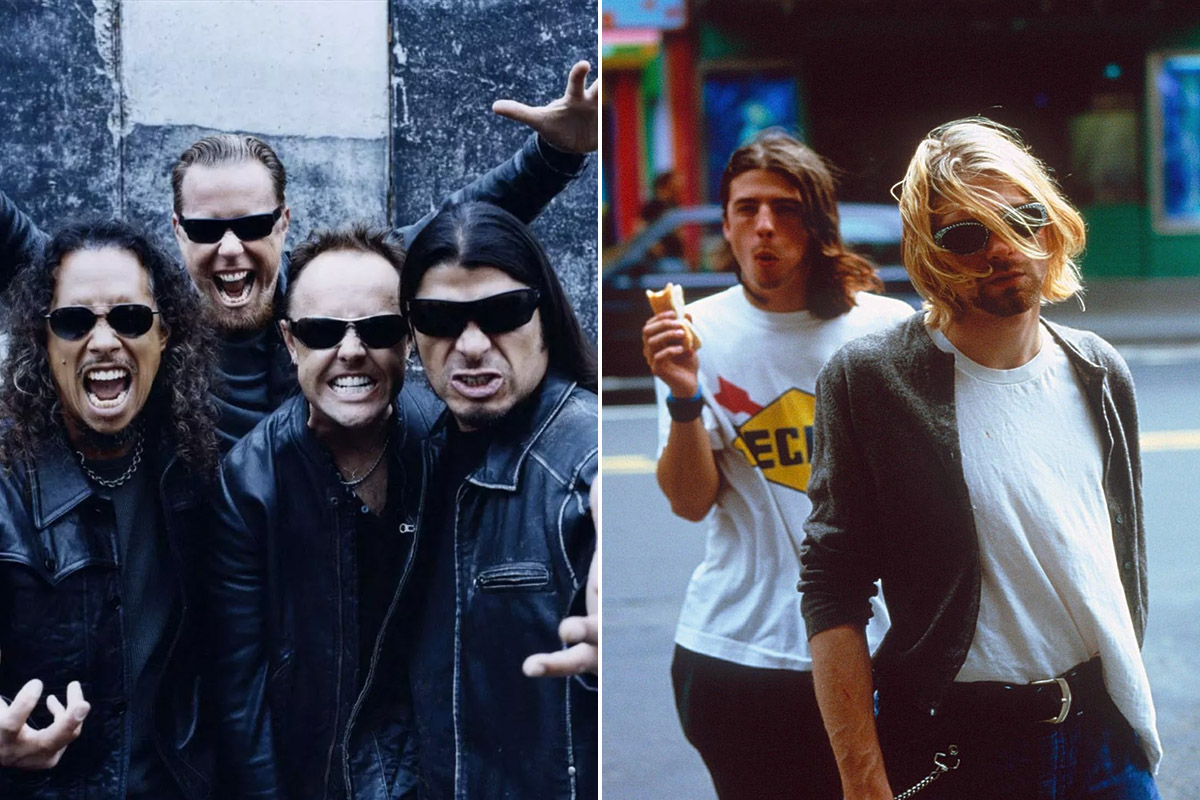 Grunge stepped into the music scene during the mid-1980s and gradually increased its popularity. By the early 1990s, it hit the charts, earned vast commercial success, and decreased the worldwide influence of thrash metal. Grunge is characterized by distorted sounds and rageful lyrics while thrash metal stands out with a higher rhythm with higher tones and theatrical performances.

It is accepted by many that grunge almost killed thrash metal during the 1990s as it became the mainstream genre and thrash was almost at the genre’s lowest point. When it comes to grunge, Nirvana led by Kurt Cobain is usually the first name that comes to mind. They put forth something new, which attracted the attention of the whole world and popularized grunge.

Which Nirvana Song Did James Hetfield Choose As His Favorite? Although Metallica and Nirvana came face to face at the time, it looks like James Hetfield highly appreciated Nirvana’s music. Back in 2004, Hetfield was interviewed by Rolling Stone and asked about his ten favorite songs of all time. It is kind of surprising that besides some rock classics, he also chose Nirvana’s ‘Smells Like Teen Spirit.‘

When it comes to explaining the reason why he favored a Nirvana song, Metallica singer stated that when Nirvana made themselves heard, all the metal bands were reproducing the ’80s metal music so there wasn’t something new on the ground. However, Nirvana appeared exactly at this point and filled this gap.

They introduced a new sound and for Hetfield, it was ‘what music needed‘ at the time because people needed something different. The listeners had started to lose their interest in the metal genre because it kept reproducing the same material. It wasn’t enough for the music industry anymore and Nirvana was perfectly suitable to accomplish this task.

“When all that Eighties hair metal was getting overproduced, Nirvana came along with this thrashy garage sound and a huge hook. It was what music needed.”

You can listen to the hit song, ‘Smells Like Teen Spirit,’ below.