After iconic bands break up, their members and fans wonder what their future in the music industry will look like. While some decide to step down from the stage and focus on their private lives, others take place in other bands, collaborations, or even solo work. Led Zeppelin is also one of the bands whose members started trying different things with their careers after deciding not to reunite.

Robert Plant and Jimmy Page started focusing on their solo careers, but Page decided to collaborate with newly disbanded Whitesnake frontman David Coverdale. The two rockstars came together to create an album, ‘Coverdale-Page,’ in 1993 with the songs they recorded between 1991 and 1992. The critical reception was not very positive at the time because the expectations were high.

However, as it is rare to see a musician become more successful as a solo artist than in a band, it was also not that surprising for many. The critics were not the only ones displeased with this collaboration. Jimmy Page’s former bandmate Robert Plant was also not shy to state his opinion on the one-time partnership, which sparked a long-lasting feud between Coverdale and Plant that is still ongoing after 20 years.

Why Did Robert Plant Blame David Coverdale For Not Being Authentic?

Disregarding the fact that Page was also involved in the project, Plant nicknamed Page and Coverdale’s collab as ‘David Cover-version,’ and accused Coverdale of not being authentic. After the initial accusation, Coverdale fired back at Plant, resulting in a long-lasting feud between the two. According to Plant, even though Coverdale is a good man, his integrity was ‘questionable.’

In a 1998 interview, Plant harshly criticized Coverdale and his authenticity. He stated that Coverdale was too old to mimic other artists, which wasn’t acceptable. If Whitesnake were a new band, he would have understood their wish to copy other artists, but at that point, it was a topic of criticism for Plant as Coverdale was not being original.

Here is how Plant accused Coverdale:

“I find him a good man, but I feel that his integrity is now questionable. If Whitesnake was a real young band, who had just seen The Song Remains the Same and decided, ‘OK, this is it, let’s imitate them,’ I could understand it. There was a time, years ago, that I tried to mimic Elvis Presley. That’s quite acceptable. But David Coverdale’s nearly my age.

He is of my genre, even if he was in a lot of substandard groups. Really, you shouldn’t do it to your own gang, you know. When I aped somebody, they were so remote. It was like they were millions of miles away.”

How Is The Relationship Between Coverdale And Plant Now? 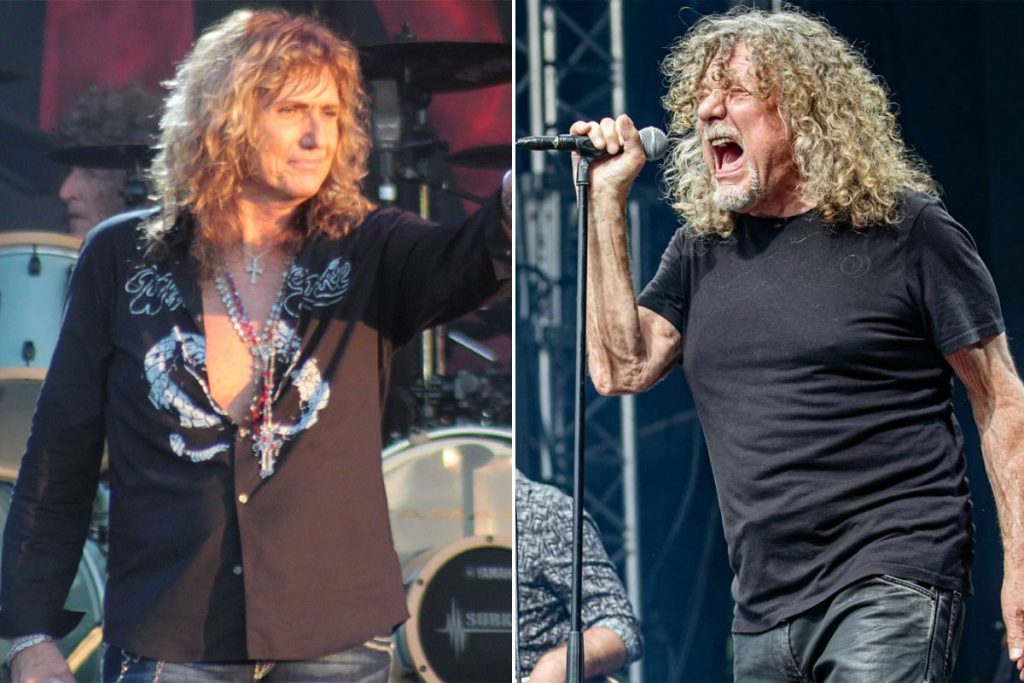 Unfortunately, after Plant’s accusations, Coverdale got very angry and uttered words that intensified and made the argument even more severe. He made some ‘ugly’ remarks about the Led Zeppelin singer for criticizing him, and these words are still remembered by many rock fans, even though almost 20 years have passed since then. Although David Coverdale stressed that Robert Plant’s comments didn’t damage their relationship since they didn’t have one anyway, his harsh words on not intending to help him out at a time of need shocked many.

Here is how Coverdale fired back at Robert Plant back in 1993:

“There’s certainly no love lost between myself and Robert… I wouldn’t send him cat food if he was starving.”

However, it seemed like in 2013, Coverdale entered the phase of forgiving and forgetting. In that year, Coverdale sent a word to Plant via Jimmy Page to let him know that he was willing to become friends again. He offered to have a drink with him and talk things through so that they could finally bury the hatchet.

“When you speak to him, offer my sincere regrets for any negative things I’ve ever said, which were mostly defensive.”

However, nine years have passed since the proposal, and the good news of the two rockstars making up have still not made the headlines. Perhaps the resentment goes deeper than what was reflected in the media, or they indeed didn’t have a friendship to save anyway. Either way, it is upsetting for the fans to see the two vocalists haven’t made peace, especially because many believe that they physically resemble each other.