The Metallica Song That All Members Played Drums and Percussion

Live performances can be regarded as an important part of the bands’ and musicians’ professional careers from every genre and generation during their journey of gaining great commercial success and popularity. Therefore almost all of them aim to create different and brand new experiences for both themselves and their fans who paid a great amount of money to be able to witness their ways of performing the songs.

As one of them, Metallica never forgets to surprise and shock its fans with the help of their breathtaking and epic live concerts in their tours and other events that they joined over the years. Even though Metallica fans cannot agree with each other about the band’s best album or song because of personal differences, they accept the fact that it’s almost impossible to get disappointed in a Metallica show, so let’s check out one particularly special concert. 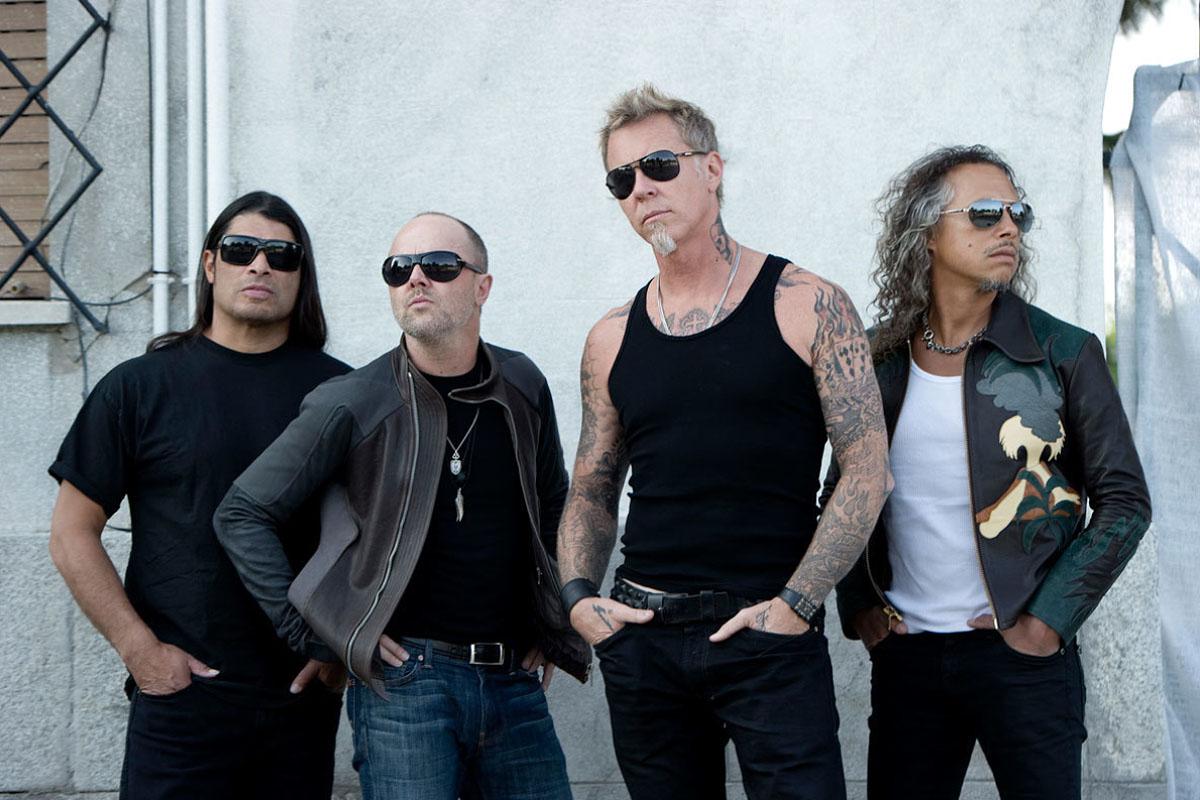 Metallica released their tenth studio album entitled ‘Hardwired… to Self-Destruct’ on November 18, 2016, eight years after they dropped ‘Death Magnetic’ so it became the longest gap between the two studio albums for the band. The record got critical approval, hit the charts, and millions of people streamed it on various music streaming platforms all around the world like all other Metallica albums.

As a part of supporting the new album, Metallica announced their upcoming WorldWired Tour which started on February 6, 2016, in San Francisco and ended on August 25, 2019, in Mannheim. So, the band traveled around the world for three years which made their longtime fans very excited after they waited for six years to watch them live. In addition, Ghost, Avenged Sevenfold, Iggy Pop, Gojira, many more performed as the opening acts for Metallica.

During their world tour, the band performed a concert on August 16, 2017, in Edmonton, and the attendees had a chance to witness a very special moment between James Hetfield, Kirk Hammett, Lars Ulrich, and Robert Trujillo. The band members performed ‘Now That We’re Dead’ which is a track from their latest album in a very different way. All of them began playing drums and percussion for the song which made metalheads remember a very familiar face.

The late Slipknot drummer Joey Jordison pursued a very successful career as an instrumentalist and is still considered one of the most talented drummers of all time. The musician is recognized with his heavy and loud sound and special drum kit including a drum and two percussions. His uniqueness influenced many young generations of drummers and interestingly another legendary heavy metal band that was founded more than a decade later than Slipknot.

Therefore as it can be stated from Metallica’s ‘Now That We’re Dead’ performance with drums and percussion that the band was inspired by Slipnot icon Joey Jordison during their live show. It was an unforgettable moment for the band’s fans but it was an ordinary day for the longtime Slipknot audience.