Rock fans always enjoy a heartwarming collaboration story between two musicians, let alone if it involves great icons like Eddie Vedder and Chris Cornell. Back at the beginning of the ’90s, the two rockstars were pursuing a career in rock music and it was Temple of the Dog that brought them together.

Temple of the Dog was a tribute band for the late lead vocalist of Mother Love Bone, Andrew Wood, and it was co-founded by Chris Cornell. While Cornell was working on the first album of the band he ended up meeting Vedder who was there to audition for Pearl Jam, and this meeting led to the creation of ‘Hunger Strike.’ 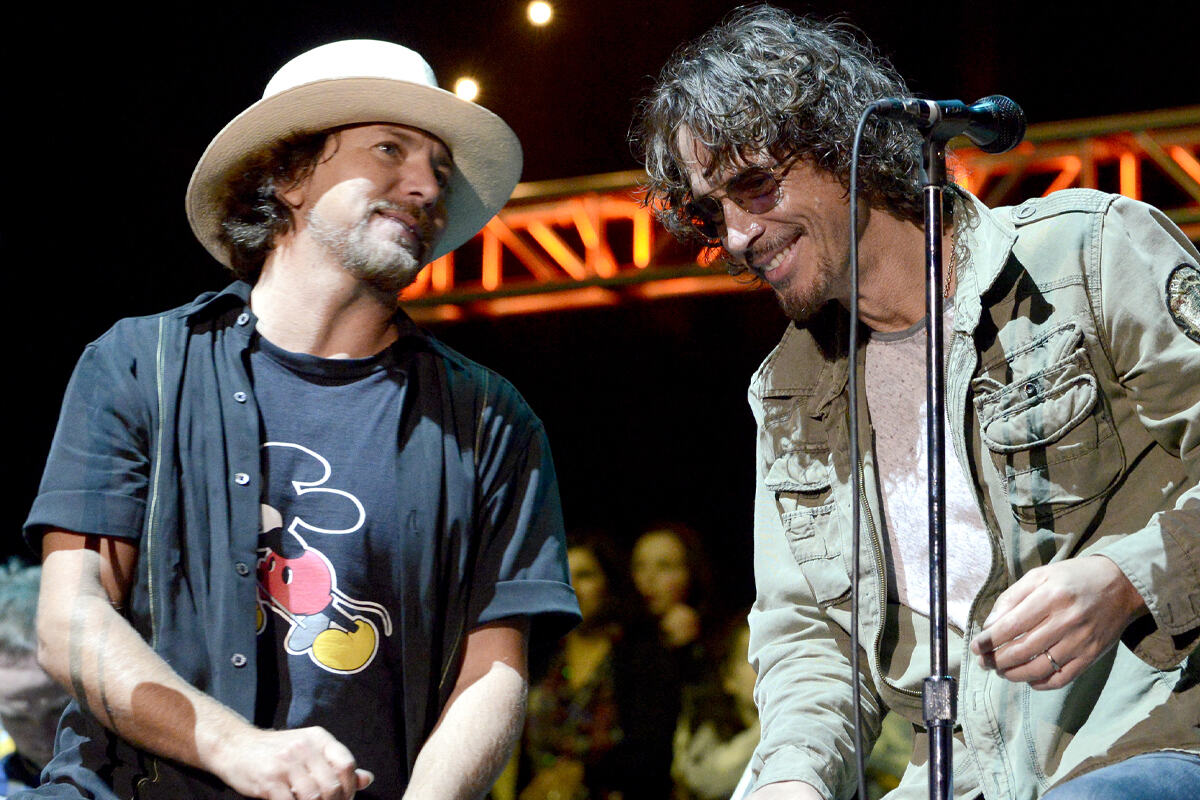 ‘Hunger Strike’ was written by Chris Cornell for Temple of the Dog and it became the band’s first single from their sole studio album which was released in 1991. Although the songwriting should definitely be credited for the success of this masterpiece, there was a secret hero that really made it shine.

One day, Cornell was in a studio rehearsing the songs of their upcoming album and then he pulled out ‘Hunger Strike.’ For some reason, the song ‘didn’t feel like a real song‘ and he saw it as more of a filler. Chris was struggling while singing the low parts of the songs which is when Eddie Vedder stepped in and grabbed the microphone.

Chris Cornell recalled that moment during an interview with Spin magazine in 2001:

“When we started rehearsing the songs, I had pulled out ‘Hunger Strike’ and I had this feeling it was just kind of gonna be filler, it didn’t feel like a real song. Eddie was sitting there kind of waiting for a rehearsal and I was singing parts and he kind of humbly – but with some balls – walked up to the mic and started singing the low parts for me because he saw it was kind of hard.

We got through a couple of choruses of him doing that and suddenly the light bulb came on in my head, this guy’s voice is amazing for these low parts. History wrote itself after that, that became the single.”

This natural meeting of musical geniuses led to the transformation of ‘Hunger Strike’ from a filler to a great hit. It became Temple of the Dog’s most successful song and it even peaked No.4 on the Billboard Mainstream Rock Tracks Chart. This collaboration remained unforgettable for Vedder as that became the first time ever heard himself on a real record.

Eddie Vedder had described the sentimental meaning of ‘Hunger Strike’ with the following words in the Pearl Jam Twenty documentary:

“That was the first time I heard myself on a real record. It could be one of my favorite songs that I’ve ever been on – or the most meaningful.”

You can listen to the masterpiece created by Cornell and Vedder below.