When we mention heavy costumes, stage personas, scary stunts, and shocking props, the first band that comes to mind is probably the icons of ‘I Was Made For Loving You.’ KISS has built quite a reputation for staging performances that give their fans the time of their lives. Besides that, the band’s bassist Gene Simmons also made a name as a businessperson, setting a great example of work ethic, which carried the band to where they are today.

Gene Simmons always came up with ways to market the band and make it a brand with a commercial presence. KISS has solidified its legacy with its music and its merchandise, both of which will probably survive the musicians. This is apparent today as the band is getting ready to launch the KISS museum in Las Vegas to give fans something to look forward to after they retire from touring. This mindset has gained the appreciation of their fans but has also inspired fellow musicians, including Rush’s Geddy Lee. 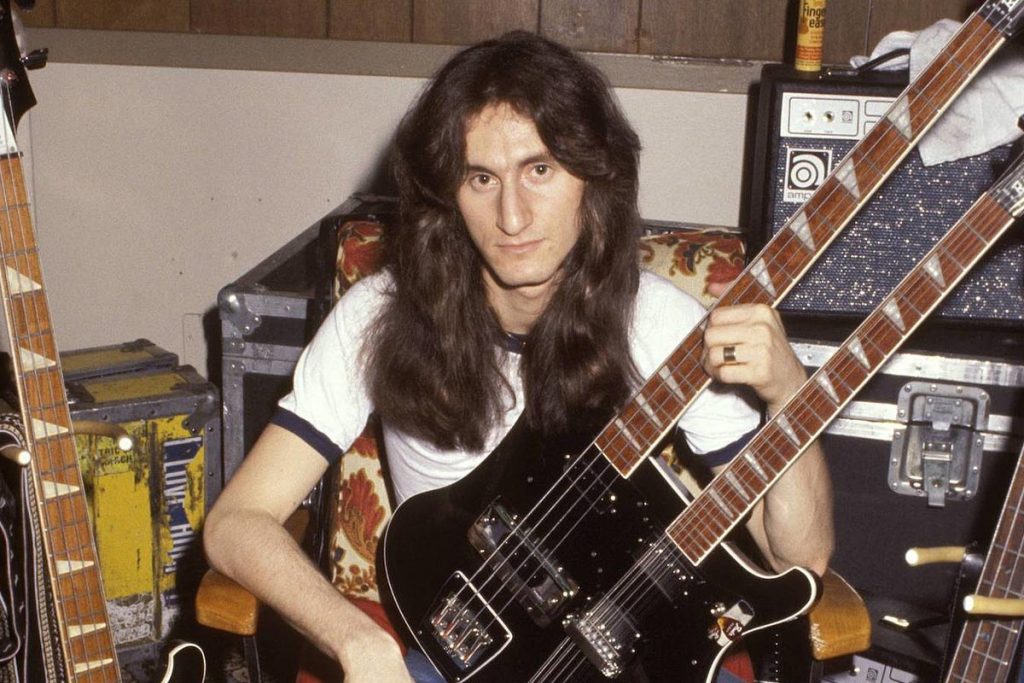 Even when KISS wasn’t as big as they are today, they had rooted their quality of music and work ethic in the industry. Around the second year of their formation, in 1974, KISS was taking the stage in small venues, but Rush was also accompanying them as a new rock and roll band. Geddy Lee spoke about hanging out with the band during those years and revealed in 2016 that he was very impressed by their work ethic.

He stated that even though KISS wasn’t playing in crowded arenas just yet, their crew, music, and ethics were ‘impressive.’ They taught him the importance of listening to their audience’s needs and wishes, which inspired him during his adventures with his own band. Seeing them work so hard on entertaining their audience and putting on a great show helped Geddy Lee and his bandmates realize that people will respect you for the effort even if they don’t like your music.

Here is how KISS inspired Lee:

“Our first major tour in America in ’74 was mostly shows with KISS, and they treated us really well. They weren’t huge yet, and they were just playing 1200 seat theatre kind of thing. They really worked hard, and the road crew was really together, and they put on this big show with breathing fire and all that.

So we were very green Canadian musicians that we didn’t even have road cases; that’s how green we were. So, we would just watch them every night. We would watch the road crew. We learned the importance of entertaining the audience as you’re playing music, and their work ethic was impressive. Whether you like the music or not.”

You can watch the 2016 interview below.