The Last Show Eddie Vedder And Chris Cornell Sang Together

Late singer Chris Cornell impacted the rock scene, especially by becoming a part of Soundgarden and Audioslave. Cornell’s powerful vocal techniques and songwriting skills impressed the whole world. He was one of the notable names in the emergence of the grunge movement in the 90s. The rocker became one of the pioneers of this genre, especially with the commercial success Soundgarden’s ‘Superunknown’ gained. Many works he contributed to were charted in numerous lists and praised with awards.

Cornell also collaborated with several impactful names from the rock scene. Cornell once teamed up with Stone Gossard, Jeff Ament, Mike McCready, and Matt Cameron, who would later form Pearl Jam. Their collaborative album, released in 1991 under the name Temple of the Dog, was a tribute to Andrew Wood. Eddie Vedder also provided contributions to some of the songs. For the band’s hit single ‘Hunger Strike,’ Cornell and Vedder performed a duet. Cornell’s last performance with Vedder before his passing was when they sang this song together on stage in 2014. 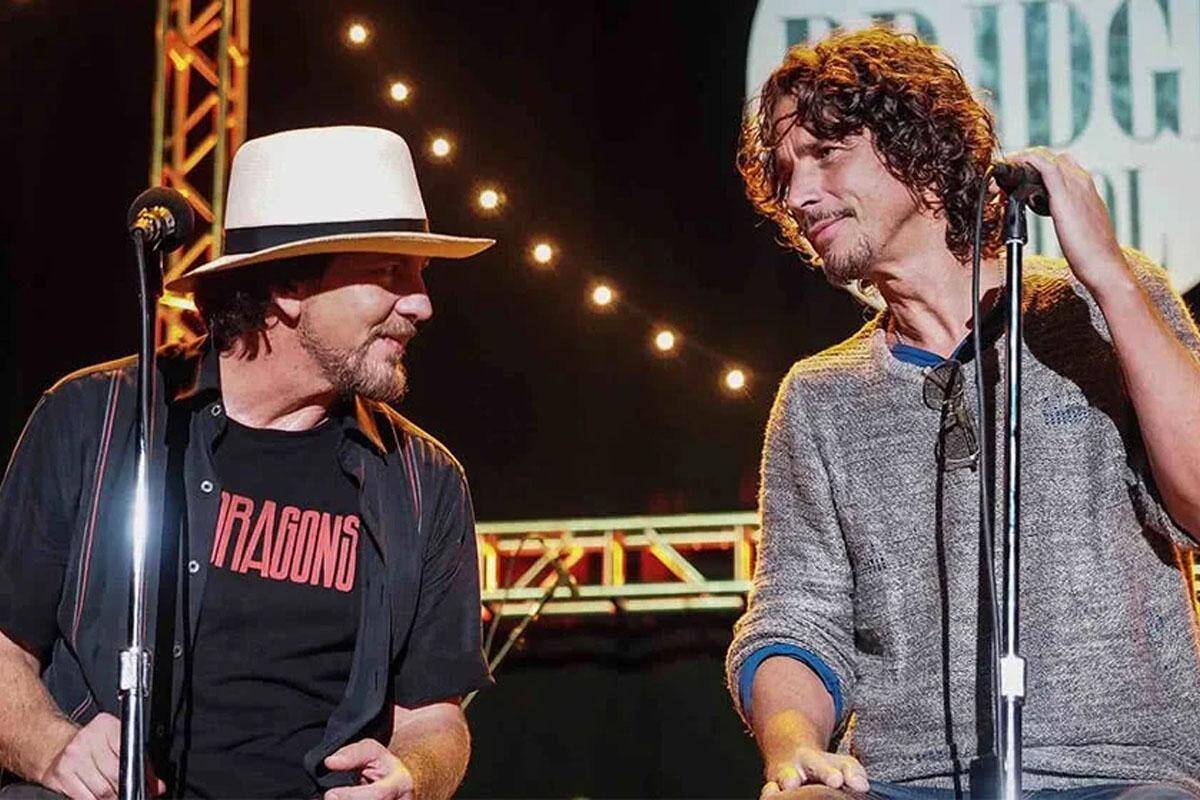 Chris Cornell revealed in a past interview that Eddie Vedder accidentally became a part of ‘Hunger Strike.’ The rocker faced difficulties during the vocal practices of the song. Vedder sang the part precisely the way Cornell thought in the rehearsals. Cornell was so impressed by Vedder’s voice that he wanted him to involve in this project. They performed a duet for the song and released it as a single from Temple of the Dog’s 1991 self-titled album.

Cornell explained in his words:

“I was singing the chorus in the rehearsal space, and Eddie just kind of shyly walked up to the mic and started singing the low ‘going hungry,’ and I started singing the high one. When I heard him sing, the whole thing came together in my brain. I just felt like, ‘Wow, his voice is so great in this low register. He should sing on it. I’ll sing the first verse, and then he’ll come in. Even though it’s the same lyrics, it’s a different singer, and it’ll feel like two verses.’”

This accidental collaboration gained massive success for the band by reaching number four on the Billboard Mainstream Rock Tracks chart. The single had a place in the charts of numerous countries such as Canada, Australia, and the United Kingdom. The duet also received positive reviews from many critics.

Cornell and Vedder performed a duet of this song on a few shows. Cornell sang ‘Hunger Strike’ with Vedder when he joined Pearl Jam on stage in California during the 28th annual Bridge School Benefit in 2014. Unfortunately, since Chris Cornell passed away in 2017, the two could not have a chance to sing ‘Hunger Strike’ together again.

You can watch the performance below.