The Female Singer Anthony Kiedis Couldn’t Refuse To Collaborate With

Anthony Kiedis opened a new gate in the rock music scene by forming Red Hot Chili Peppers in 1983. Primarily, as the band’s lead vocalist, he has significantly impacted the music industry. Kiedis’ experimentation with various themes in his songwriting has influenced musicians, especially the young generation. In 1991, he gained massive recognition worldwide with the band’s mainstream record ‘Blood Sugar Sex Magik.’ He delivered the vocals of the hit singles like ‘Suck My Kiss’ and ‘Breaking the Girl’ from the album.

Kiedis’ success with the band has continued in the following years, gaining significant attention. He contributed considerably to the group’s notable songs such as ‘Californication’ and ‘Snow (Hey Oh).’ Meanwhile, the vocalist has focused on his solo career and works with other significant musicians. While Kiedis is a successful name that many musicians would like to collaborate with, there was a female singer with whom he could not say no to the offer of working together. 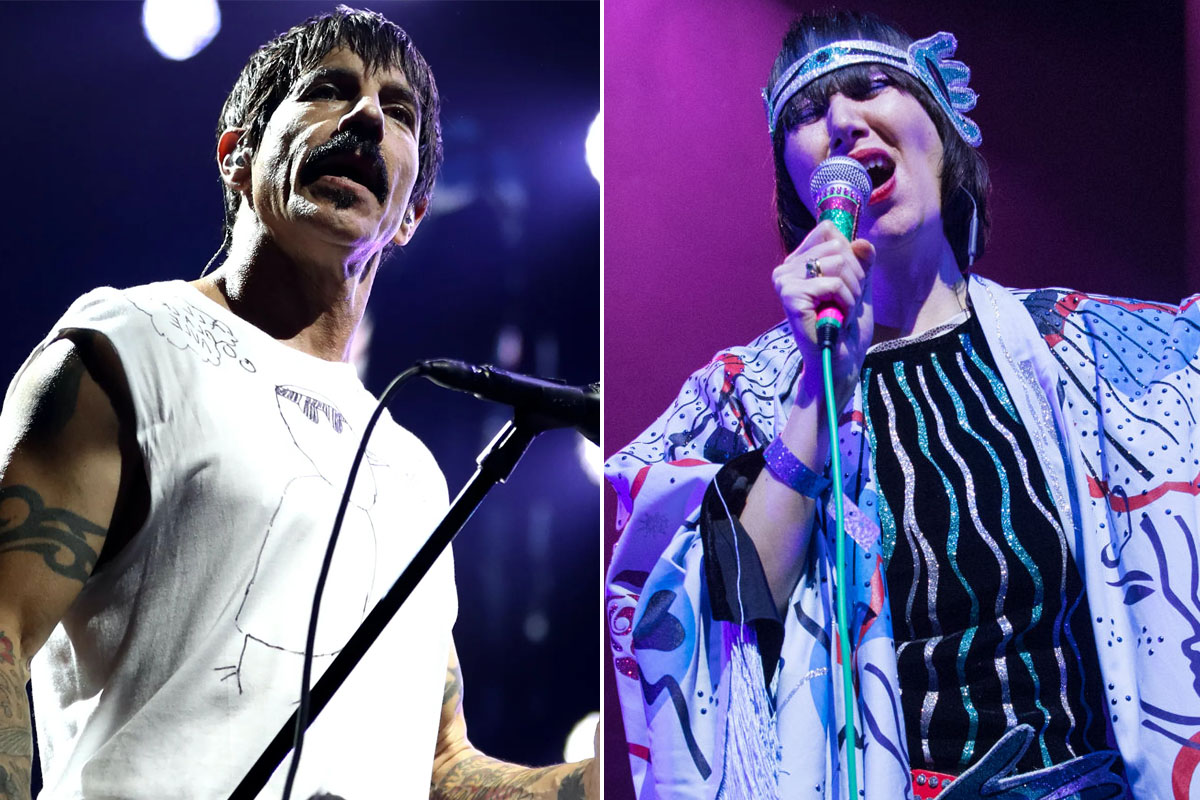 Karen O has been a prominent figure as the frontwoman of indie rock band Yeah Yeah Yeahs since the group’s formation in 2000. She delivered the vocals in their commercially successful debut album ‘Fever to Tell.’ The songs like ‘Date with the Night’ and ‘Maps’ gained rankings on various lists. Her success continued with the upcoming records ‘Show Your Bones’ and ‘It’s Blitz!.’ The band received nominations for Best Alternative Music Album in Grammys with these three albums.

During a 2007 interview with Entertainment, Anthony Kiedis stated that he found M.I.A’s works successful when asked the musician with whom he wanted to make a collaboration. The RHCP vocalist revealed Yeah Yeah Yeahs as one of his favorite groups. He said he would happily accept if Yeah Yeah Yeahs frontwoman Karen O reached him and offered a collaboration.

Anthony Kiedis responded when asked whom he would like to collaborate with:

“I wouldn’t turn down some opportunities. Right now, I’m very excited about M.I.A. I’ve heard a song from her upcoming second album. Just perfect and beautiful. It’s the real deal. And the Yeah Yeah Yeahs are another one of my favorite bands. If Karen O called me up and said, ‘Let’s write a song,’ I would be inclined to say yes.”

Kiedis became a name many musicians wanted to work with thanks to his fruitful career as a rock star. He has also appreciated many successful artists in the music scene various times. Yeah Yeah Yeahs’ lead vocalist Karen O is one of the musicians the RHCP icon would love to work with, along with many other acts that Kiedis finds interesting.