The Fax Nirvana Got From Metallica, ‘Lars Hates The Band’

In 1987, Kurt Cobain decided to form Nirvana with Krist Novoselic and Aaron Burckhard. Later on, the band became a prominent member of the Seattle grunge scene. With their classic album ‘Nevermind’ and its iconic single ‘Smells Like Teen Spirit,’ Nirvana achieved worldwide success. The album later became a cultural phenomenon of that era and credited for ending hair metal’s dominance. So, it’s safe to say that ‘Nevermind’ was a breakthrough album for Nirvana.

Back in those days, Metallica enjoyed considerable success after releasing their landmark album ‘Metallica,’ which is mainly known as ‘The Black Album.’ It was the band’s first album that appealed to a more mainstream audience and thus received greater critical acclaim. As it turns out, Metallica was aware of Nirvana’s success, and they even sent them a fax message in which they claimed Lars Ulrich hated them. Let’s learn more about what happened back then.

What Did Metallica Say In Their Fax To Nirvana? 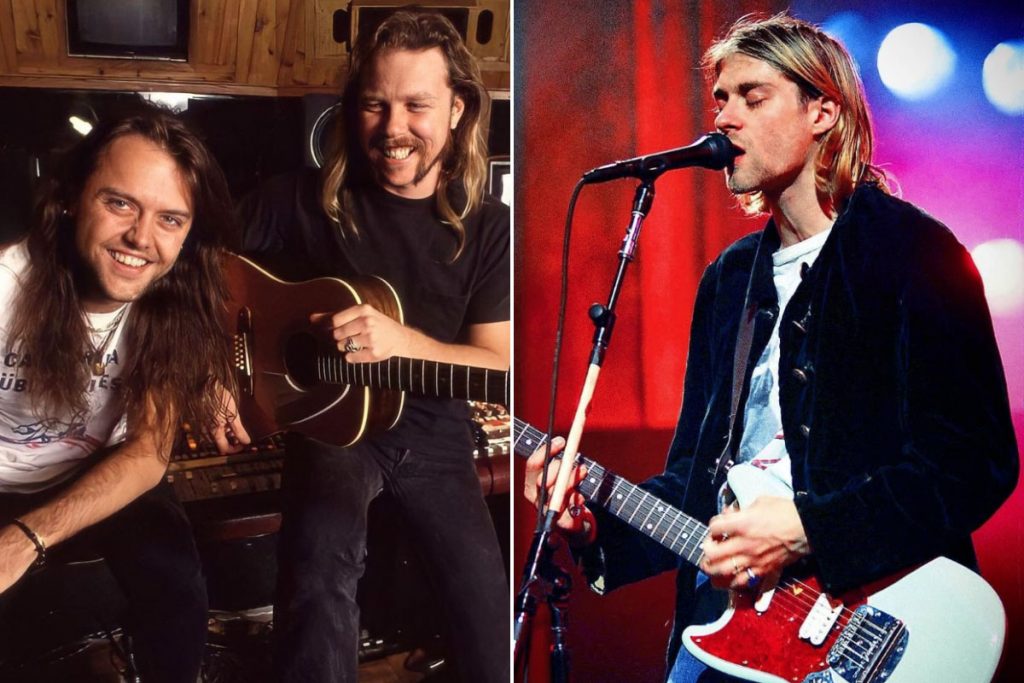 Two years after Cobain formed Nirvana, the band released their debut album ‘Bleach.’ In 1991, the band released their second album ‘Nevermind’ and found unexpected commercial and critical success following its release. Moreover, the album became the factor that initiated interest in punk culture among Generation X and brought alternative rock and grunge to a mainstream audience.

One month before Nevermind,’ Metallica released their eponymous fifth album. Just like what ‘Nevermind’ meant to Nirvana, this album was also quite important in Metallica’s music career. Commonly referred to as ‘The Black Album,’ the record marked a change in Metallica’s sound and appealed to a broader audience due to that. Reportedly, Metallica sent Nirvana a fax at that time to show they were impressed by their album ‘Nevermind’s success.

In the fax, Metallica members showed their appreciation for Nirvana and ‘Nevermind.’ The band claimed that ‘Nevermind’ is the best album of that era and revealed that they wish to get together with Nirvana soon. Although it is now impossible to know whether Metallica wanted to collaborate with Nirvana or spend some time with them, it’s pretty exciting to imagine how a possible collab would sound. Moreover, the fax had an interesting detail: they added that Lars Ulrich hates Nirvana.

“We really dig Nirvana. ‘Nevermind’ is the best album of the year. Let’s get together soon, Metallica. PS, Lars hates the band.”

Although Metallica’s fax claimed that Lars Ulrich hates Nirvana, it seems he had different ideas about the band. In a previous interview with NME, the drummer claimed that Kurt Cobain is the only person in rock and roll that he would want to meet. Moreover, Ulrich also mentioned that Kirk Hammett invited Nirvana to join them on the stage, but it’s not clear whether Metallica sent this fax at that time.