Kirk Hammett’s Offer To Kurt Cobain That Was Rejected

Kurt Cobain had a relatively short career due to his unexpected passing but left an impressive legacy as the frontman, guitarist, lyricist, and vocalist of Nirvana. Despite his unhappiness with his increasing popularity, the musician became the symbol of Generation X and a great contributor to the alternative rock scene. Even today, the rock icon’s songs have a broad audience, and his legacy is still alive after almost three decades.

Cobain formed the band Nirvana along with Krist Novoselic and Aaron Burchard in 1987. Together, they built a reputation and became part of Seattle’s grunge music scene. Especially after the release of their classic 1991 album ‘Nevermind,’ they found unexpected worldwide success and reached new heights of fame. Later on, that album became known as the work that brought grunge music into the mainstream.

As it turns out, Metallica guitarist Kirk Hammett had a relationship with Kurt Cobain back then. According to what Lars Ulrich told NME in a 2004 interview days before the tenth anniversary of Cobain’s tragic passing, Kirk Hammett even invited Cobain to collaborate with him and Metallica. However, although Cobain liked Metallica’s music, he refused the guitarist’s offer. Let’s find out the reason. 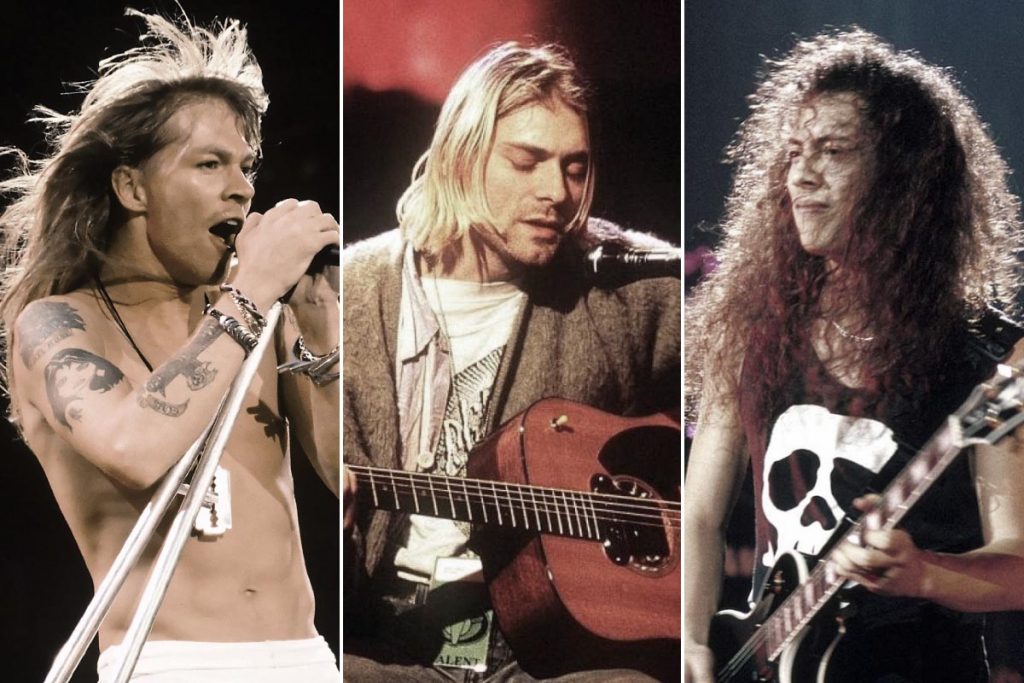 In the 2004 interview with NME, Lars Ulrich talked about hair metal’s decline and the rise of grunge music. According to the guitarist, Kurt Cobain and his music made the audience feel like they were connecting with a real person, not a manufactured image. He then added that there aren’t many people who are capable of forming a heart-to-heart connection with fans.

Following that, Ulrich stated he never met Cobain, but Kirk Hammett was friends with the rock icon. He then recalled that they were touring with Guns N’ Roses in 1992 in the U.S., and Kirk invited Cobain to join them with his band. However, Cobain refused the offer as he didn’t want to go on the same stage with GN’R.

As Ulrich said, this was possibly due to Axl Rose’s being the exact opposite of Cobain. Ulrich then said he never met Kurt Cobain in person, but he is among the rockers he really would like to meet. He then added that it’s pretty sad that there won’t be a new Nirvana album anymore as it would be great to see how the band would have evolved.

As reported by Blabbermouth, Lars Ulrich told NME the following:

“In 1991, there was a kind of shift in rock music in America — it was shifting away from all the hair bands in L.A. And with Kurt Cobain you felt you were connecting to the real person, not to a perception of who he was — you were not connecting to an image or a manufactured cut-out. You felt that between you and him there was nothing — it was heart-to-heart. There are very few people who have that ability.

I never met him, but our guitarist Kirk Hammett had a relationship with him. We were doing this tour with Guns N’ Roses in the U.S. in 1992, and we wanted Nirvana to come out and join us. Kirk asked Kurt, but while Cobain said he would play with Metallica anywhere in the world, at any time, on any stage, he would not step up on the same stage as Guns N’ Roses — obviously, he felt that Axl was the antithesis to what he was.

As I said, I never met Kurt, and he’s probably the only guy in rock’n’roll that I have never met that I really wanted to — other than Bon Scott, maybe. What a sad thing we can’t hear the fourth Nirvana album. It would have been so great to be able to see how that would have evolved.”

As it seems, Lars Ulrich believes that Axl Rose was quite the opposite of Kurt Cobain, and this was why the legendary rock icon refused to share the stage with Metallica and Guns N’ Roses. As Cobain joined the 27 Club almost three decades ago, it’s impossible for the fans to see them performing together, but it sure would be a delight to the ears.