The Competition Between Elvis Presley And Chuck Berry: Who Is The True King Of Rock And Roll?

In the late 1940s and early 1950s, a new music genre started to dominate the music industry with its intriguing, edgy, and distinctive sound; Rock and Roll. Since the genre influenced nearly every aspect of society, its originators and best-known progenitors were also at the center of attention.

When Rock and Roll music is mentioned, a handful of musicians come to mind, such as Bob Dylan, the Rolling Stones, Jimi Hendrix, and more. However, none of them are the true King of Rock and Roll who carried the genre to the mainstream music and brought it to the masses in the 1950s.

You might think it’s Elvis Presly since almost everybody refers to the musician as the King of Rock and Roll, but that’s far from true. According to many music critics and fans, history shows that Chuck Berry was the true King of Rock and Roll. If you’re wondering why Berry hasn’t received credit for his contribution to rock and roll, we’re here to answer that question.

Elvis Presley Is Often Named ‘The King Of Rock And Roll’ 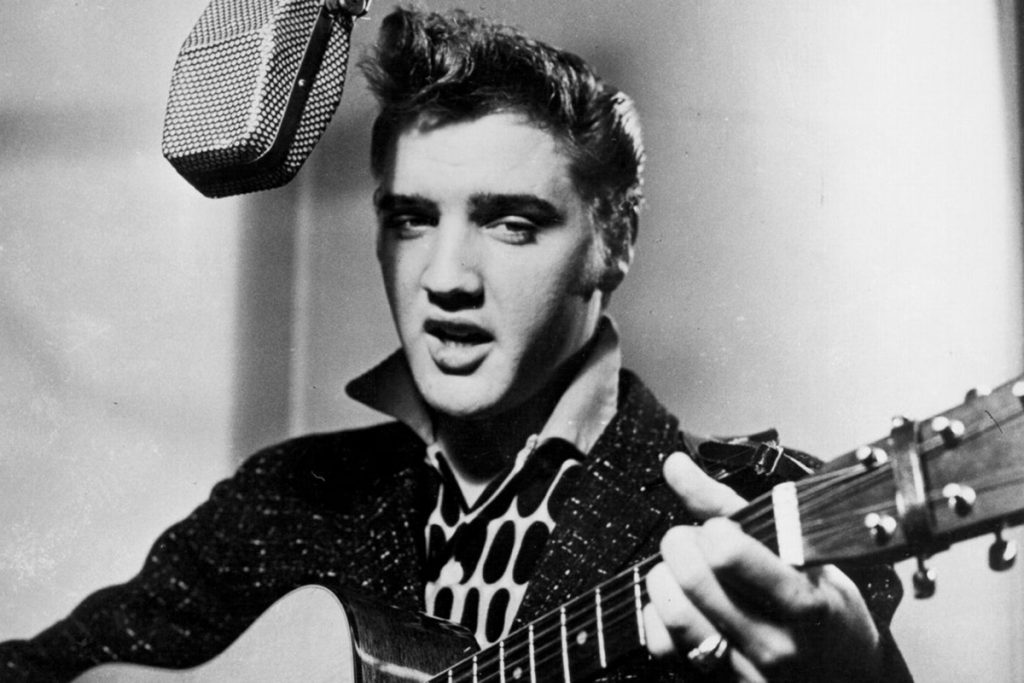 There’s no doubt that Elvis Presley is one of the most significant cultural icons of the 20th century with his extraordinary music, performance style, acting career, and controversial personal life. Thanks to his chart-topping records, the musician became the leading figure of the newly popular rock and roll sound.

Everything about Presley, from his charismatic attitude to his sexually provocative performance style, earned him the title of being the ‘King of Rock and Roll.’ The rocker is the best-selling solo music artist of all time, has won countless awards, including the Grammy Lifetime Achievement Award, was inducted into multiple music halls of fame, and held several records, such as having the most albums charted on the Billboard 200.

Although it’s not possible to question how he was given such an important title since his accomplishments speak for themselves, there’s another musician who was credited for the foundation of rock and roll music. His name is Chuck Berry, the true ‘King of Rock and Roll’ who established the genre.

Chuck Berry Is The Real King Of Rock And Roll

The real creator of rock and roll music is arguably Chuck Berry, often regarded as the ‘Father of Rock and Roll.’ The musician refined and developed the genre distinctively with songs such as ‘Maybellene,’ ‘Roll Over Beethoven,’ ‘Rock and Roll Music,’ ‘Johnny B. Goode’ thanks to all of which, his influence ultimately shaped rock music.

Throughout his impeccable music career that lasted more than six decades, Berry had his ups and downs. He went from being an established star with several hit records and film appearances to a nostalgic performer after he was sentenced to three years in prison in January 1962. The following years weren’t as fruitful for the musician despite having several successful songs and records.

Although his music career is not as successful as Elvis Presley statistically, the main reason Chuck Berry isn’t mentioned with much appreciation may be due to racism. Back in the 1950s, racism still had a big influence on the music industry, and most musicians on the radio were white. Furthermore, many people think that if Berry were white, he would undoubtedly be considered the king of rock and roll.

Rock and roll owes so much to Presley since he’s the musician who brought it to the mainstream at some point, but the real creator of rock and roll was never correctly credited due to racism. According to countless musicians, including John Lennon, Chuck Berry’s name stands for rock and roll. It would be foolish to deny that he paved the way for other music legends such as the Rolling Stones, the Beatles, David Bowie, and AC/DC.