The Absurd Reason AC/DC Got Banned From The Soviet Union

Formed in 1973 by brothers Malcolm and Angus Young, AC/DC is an iconic rock band that is the 16th best-selling artist worldwide with 200 million records sold. In 1979, they released their breakthrough album ‘Highway To Hell’ and achieved remarkable commercial success. AC/DC’s fame and success continued to rise with the following albums, and the band quickly rose to prominence.

As you might know, the Cold War was at its peak in 1985. During that time, the Soviet government had stringent rules and restrictive laws. Moreover, they were afraid of America influencing their culture and values, and thus, the Soviet Union banned many foreign bands. AC/DC was also listed as a negative influence, but for a very bizarre reason. Let’s learn the details. 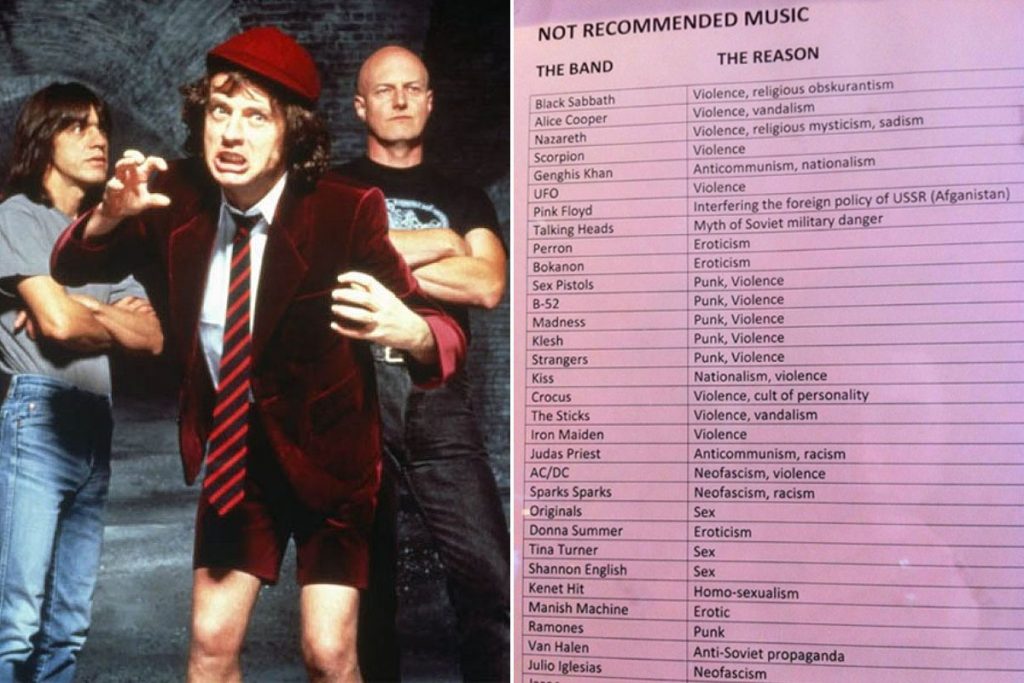 Back in the 1980s, the Soviet government was in a Cold War paranoia and had issued many restrictive laws due to that reason. In January 1985, a blacklist created by Komsomol, the Youth Wing of the Communist Party, was distributed to Communist Party officials. Titled ‘The Approximate List of Foreign Musical Groups and Artists, Whose Repertoires Contain Ideologically Harmful Compositions,’ the list contained various rock and metal bands along with other successful musicians.

The Russian emigre and author Alexei Yurchak revealed the translated version of the blacklist in his book ‘Everything Was Forever, Until It Was No More.’ According to the list, the Soviet Union believed that these musical acts threatened Soviet culture and solidarity. Therefore, they felt the need to control the music broadcasted on the government’s radio stations. However, the reasons why they thought these musicians were dangerous were kind of bizarre.

As Consequence Of Sound reported, the Soviet Union believed that AC/DC was promoting neo-fascism and violence. Moreover, KISS was called nationalistic while Pink Floyd was accused of interfering with the foreign policy of the USSR in Afghanistan. According to the Soviet government, most of the musicians on the list were promoting violence. Among the others, the list also included Van Halen, Ramones, Judas Priest, Sex Pistols, and more.

Despite Soviet Union’s efforts, these bans didn’t have the intended effect. In fact, it drew more attention to these musicians, and fans looked for alternative methods to listen to them. According to Uproxx, some entrepreneurs purchased medical X-Rays from hospitals, cut them into circles, and recorded bootleg songs onto them. Known as ribs, these bootlegs were also cheap and easily accessible. So, this shows that music cannot be banned despite all of these restrictions.