Here’s what Rotten said about the reunion:

“We still hate each other with a vengeance. But we’ve found a common cause, and that’s your money. These are the people that wrote the songs, and now we’d like to be paid for them. Over the years every fucker has lived off us, and we haven’t seen penny one.”

After revealing the main reason behind the reunion, Rotten also indicated that Sex Pistols was the only true punk rock band targeting the new punk rock bands of the era describing themselves as the voice of the younger generation without considering others. Green Day’s Billie Joe Armstrong reacted to the statements of Johnny which became the beginning of their long-time feud.

What Exactly Happened Between Billie Joe Armstrong And Johnny Rotten? 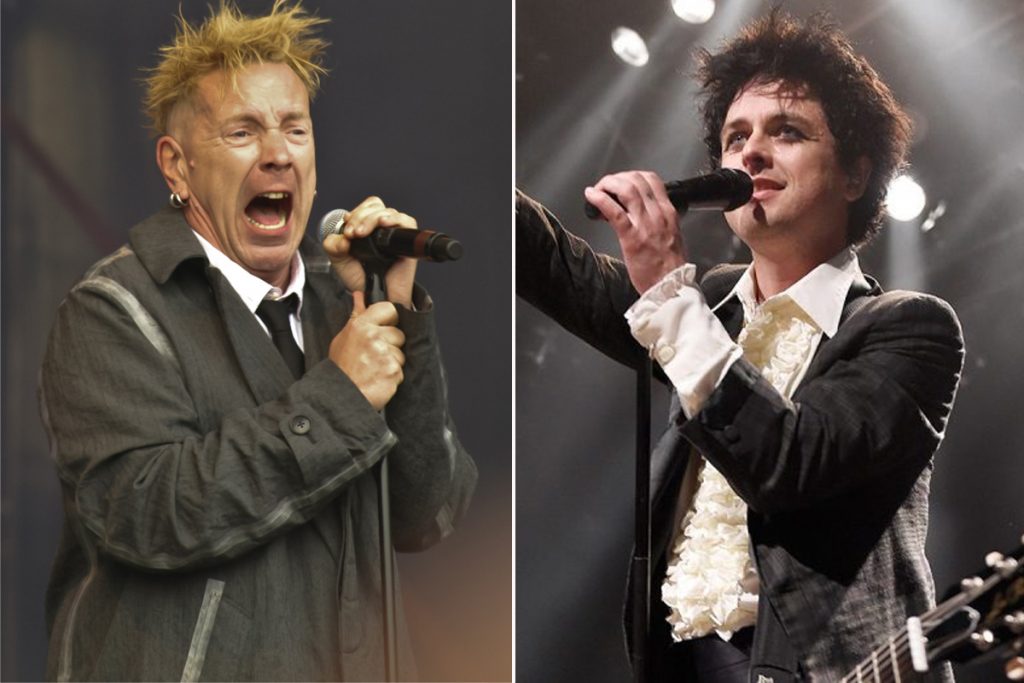 Green Day frontman, Billie Joe Armstrong’s famous comment about the reunion of Sex Pistols which was ‘I am the anti-Christ/Please buy our merchandise’ was considered as the beginning of the feud between him and Johnny Rotten. After Armstrong criticized their union, Rotten’s answer was very harsh and controversial. When a reporter asked him what he would give a 16-year-old Green Day fan, Rotten said that ‘A big willie.’

Here’s what Armstrong said about that:

Rotten’s answer was again pretty harsh and he said that he hated Green Day and they were just ‘coat hangers’ without any unique talent. Even in his very recent interviews, Rotten continued to target Green Day by calling them ridiculous imitators and turgid versions of real punk rock. The feud between Rotten and Armstrong seems like it has turned into a lifetime feud between the two frontmen.