Slayer Stands Solid As A Rock Even After Their Retirement, See Their Top 10 Songs In 2021

Slayer, one of the most influential bands that revolutionized thrash metal, was formed in Huntington Park, California, in 1981. The band’s original line-up comprised of bassist and vocalist Tom Araya, guitarists Kerry King and Jeff Hanneman, and drummer Dave Lombardo. Initially, Araya, King, and Hanneman would contribute to the writing of the lyrics, but it was the latter two that wrote all of the band’s music.

Slayer’s fast and aggressive music style, and rich lyrics that covered topics such as mythology, occultism, Satanism, religion, politics, genocide, terrorism, were praised by both fans and critics. In fact, Slayer is considered to be one of the ‘big four’ thrash metal bands alongside Metallica, Megadeth, and Anthrax, which really laid the foundations of the genre.

The legendary band has released twelve studio albums to this day and it is important to note that their debut album, Show No Mercy, was self-financed as they had no recording budget. Against all odds – thrash metal was still an underground genre back in the ’80s – Slayer managed to record their album in almost a month and Show No Mercy was released in December 1983 through Metal Blade Records and it increased the underground popularity of the band. 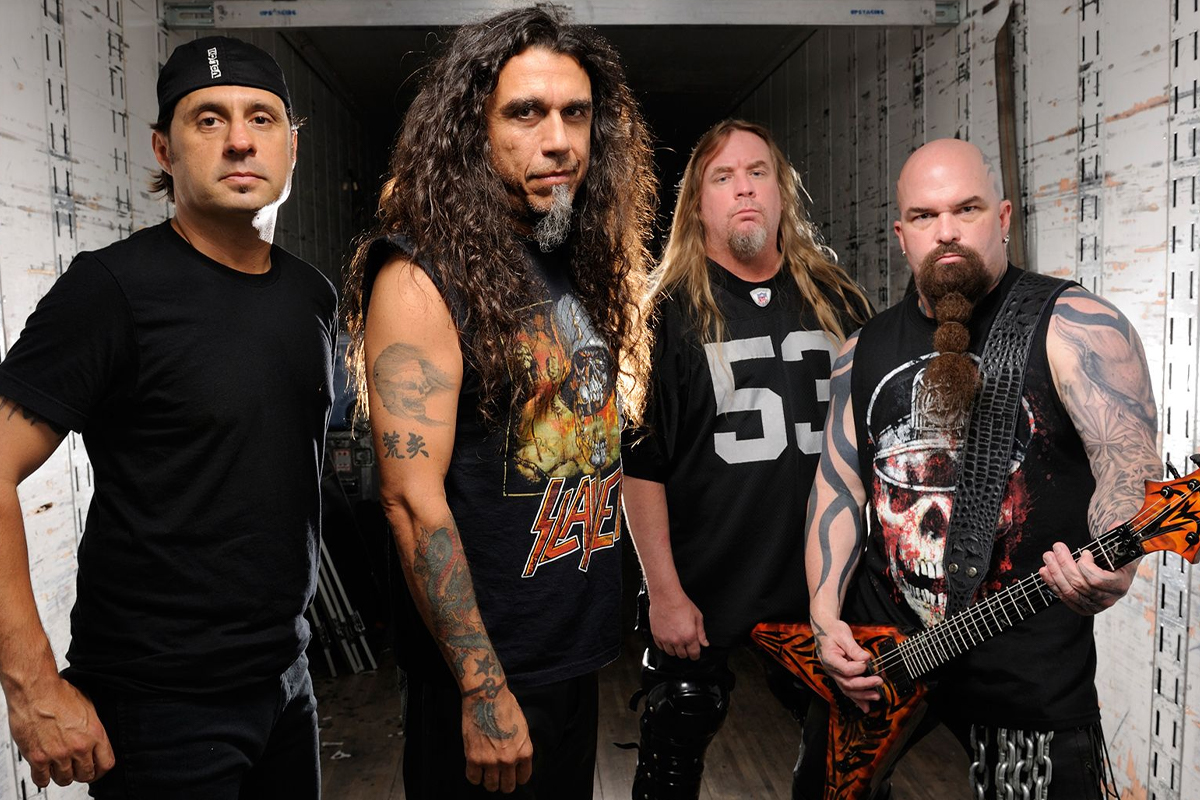 In order to evaluate whether Slayer is still popular today, one can just look at the band’s streaming numbers on Spotify. Although the band was founded in the ’80s and the band members retired back in 2019, they are still one of the bands that listeners very often choose to listen to. Slayer is still one of the most loved metal bands as their monthly listeners’ number is 2,089,468.

In 2016, following the release of the band’s twelfth album Repentless which debuted at No. 4 on the Billboard charts, Slayer guitarist Kerry King had said that they have so much material left over from their last album that they’ll probably make a new one, an announcement which had really excited their fans.

However, at the beginning of January 2019, Slayer announced their farewell tour and it is rumored that the reason behind this decision was Tom Araya’s desire to spend more time with his family. The band’s devoted fans filled huge arenas and bid farewell to their favorite band in the most appropriate way.

Which Are The Band Most Loved Songs To This Day?

The number one song on the list is ‘Raining Blood‘ from the band’s third album with a high number of 106,264,618 streams. The number two song on the list is ‘South of Heaven‘ which was featured in the band’s fourth studio album South of Heaven which was released in 1988. As for the number three, it’s ‘Angel of Death‘ from Slayer’s third album, and the number four hit song is ‘Seasons in the Abyss‘ from the same-named album.

As you may have noticed, the top 10 list features songs from at least half of the albums that Slayer has released, which proves that the band had an increasing success and that each album added up to its success and legacy and that it took continuous work.

Today, Slayer is considered to be one of the most influential bands in metal history and some argue that their unique musical style differentiates Slayer from the rest of the ‘big four’ and the band’s unending success can be seen as proof of that.

You can check out Slayer’s Top 10 List on Spotify below.