Kurt Cobain is among the most influential frontmen in the history of rock. He is known for his successful career in Nirvana as the band’s guitarist, lead vocalist, and primary songwriter. Through his song lyrics, the rock icon became the voice of his generation and is still a musical figure who has a great influence on today’s musicians.

Cobain founded Nirvana in 1987 along with Krist Novoselic and Aaron Burckhard. The band was known in the Seattle music scene and later became labeled as grunge. After their debut ‘Bleach,’ Nirvana released a single named ‘Smells Like Teen Spirit’ from their most successful album ‘Nevermind.’ They released the classic record in 1991 and achieved unexpected global success after that.

Although Cobain achieved great commercial success with Nirvana, he struggled with heroin addiction and mental health issues such as depression. He was under the pressure of fame and struggled with his tumultuous relationship with Courtney Love. Unfortunately, Cobain committed suicide on April 5 with a shotgun.

Three days later, on April 8, 1994, the 27-year-old rock icon was found dead at his home in Seattle, with a suicide note nearby. Later on, it turned out that this suicide note contained a reference to Neil Young. Let’s learn why Cobain mentioned Neil Young in his suicide note. 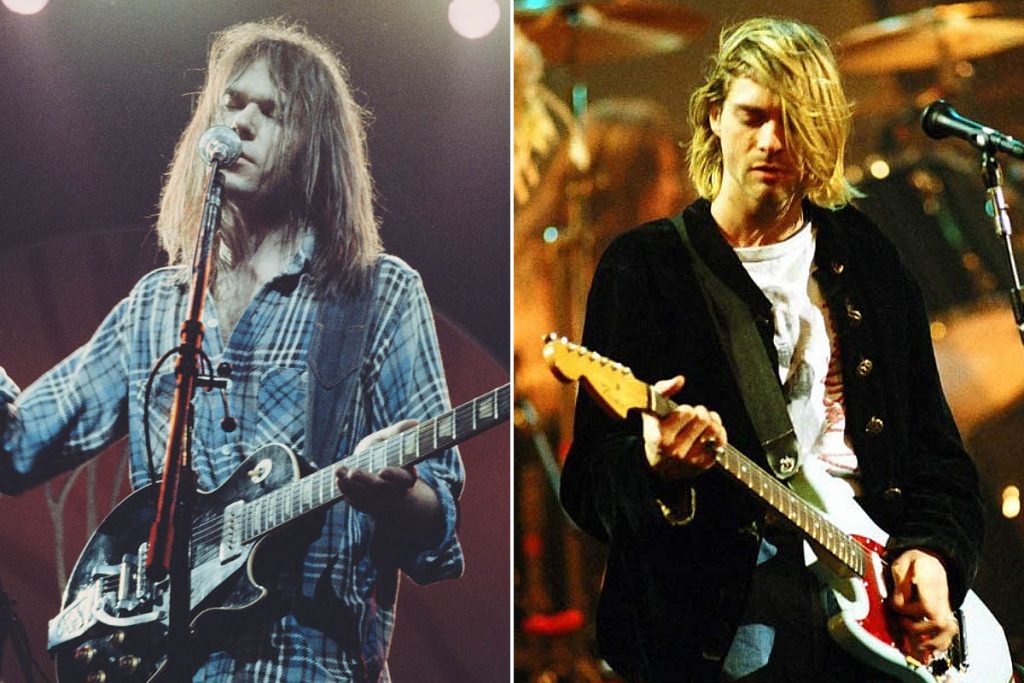 On April 8, an electrician found Cobain’s dead body in the greenhouse above the garage at his house in Lake Washington Boulevard East. Gary T. Smith, the electrician, was there that morning to install security lighting. Before seeing blood dripping out of his ear, Smith thought Cobain was asleep. That day, he also found a suicide note inside a flower pot.

Two days after the tragic incident, during the public memorial service at Seattle Center, Courtney Love read Cobain’s suicide note. As it appeared, the final phrase before the closing was a quote from Neil Young’s ‘My My, Hey Hey (Out Of The Blue)’: ‘It’s better to burn out than to fade away.’

Before his death, Kurt Cobain was struggling with depression and heroin addiction. He also had a problematic relationship with Courtney Love, and the unexpected fame was burdening him. Therefore, he probably found that quote fitting to reflect his depressed mental state, which led to his suicide.

“…Thank you all from the pit of my burning, nauseous stomach for your letters and concern during the past years. I’m too much of an erratic, moody baby! I don’t have the passion anymore, and so remember, it’s better to burn out than to fade away.

Upon learning that Cobain included his lyrics in his suicide note, Neil Young felt quite heartbroken. In his autobiography ‘Waging Heavy Peace,’ Young stated that Kurt’s death and suicide note struck a deep chord inside of him. He then said discovering it also ‘f*cked with him.’ The musician also noted that he tried to reach out to Cobain before his suicide to talk to him and advise him only to play when he felt like it, but unfortunately couldn’t reach him.

As reported by NME, Neil Young said in his autobiography that:

“When he died and left that note, it struck a deep chord inside of me. It fucked with me. I, coincidentally, had been trying to reach him. I wanted to talk to him. Tell him only to play when he felt like it.”

Following Cobain’s tragic death, Young recorded his ‘Sleeps With Angels’ album in 1994. The album title-track was dedicated to the Nirvana frontman. Although the album is not directly about Cobain, it revolves around the themes of life, death, and mortality.

Below, you can check out Cobain’s suicide note and listen to Neil Young’s ‘My My, Hey Hey (Out Of The Blue) below.