Grunge is a subculture and alternative rock genre that emerged during the mid-1980s, particularly in Seattle; hence called the Seatle grunge music scene. The genre became famous for combining punk rock and heavy metal elements and their striking themes, such as social alienation, and self-doubt, with many more that the bands and musicians used while writing the lyrics of their songs.

The genre’s pioneers are Nirvana, Pearl Jam, Alice in Chains, and Soundgarden, whose works became milestones and made grunge more popular among the other musical styles in time. Their fans inevitably compared the bands’ works, and Nirvana and Pearl Jam’s supporters were eager to pick sides. It resulted in a deal between the bands’ frontmen, Kurt Cobain and Eddie Vedder.

What Did Eddie Vedder And Kurt Cobain Promise Each Other? 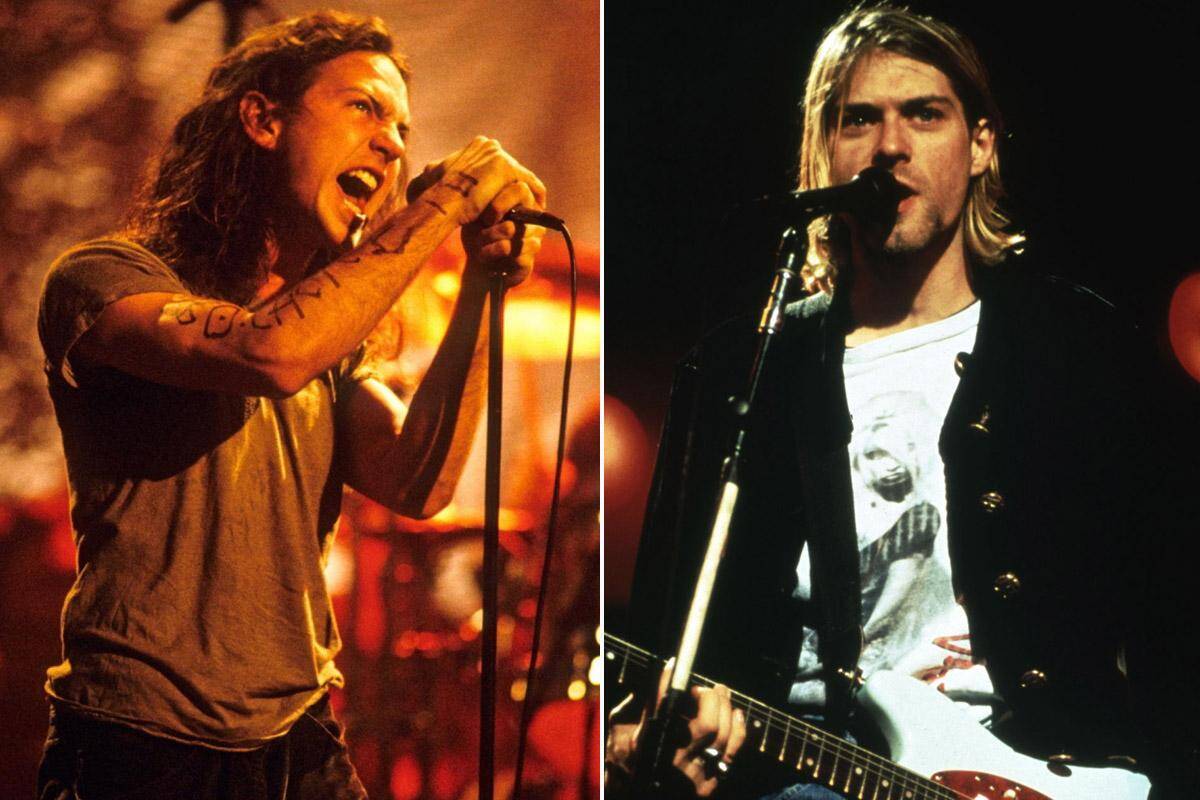 Nirvana released their third and final studio album ‘In Utero’ on September 13, 1993, receiving positive reviews from music critics and rock music lovers worldwide. The record hit the charts and was certified five-times platinum thanks to selling 15 million copies. The iconic grunge band proved that their legacy was set in stone with their well-crafted sounds and lyrics and the band members’ extraordinary performances.

A short time later, Pearl Jam dropped their second studio album ‘Vs.’ on October 19, 1993, which became another groundbreaking record for grunge and rock music in general. The band used a rawer and more aggressive sound different from their early works, probably contributing to its popularity and commercial success. However, the people who listened to the two bands began arguing about which one was better.

Both Eddie Vedder and Kurt Cobain realized that their fans focused on comparisons more than on their unique music, so they needed to do something about that. The two famous musicians wanted to solve this problem by making a deal which was alternating their subsequent works’ release dates, putting them out six months apart from one another.

In Vedder’s words, he said:

“Kurt and I talked the other day because, you know, our albums are out at the same time. So after this one, we’ll alternate. We’ll release our albums six months apart!“

It was a great idea initially, but a tragedy ruined the promise and Nirvana. Cobain committed suicide by gunshot on April 5, 1994, and Nirvana disbanded following the third album. Thus, the band couldn’t release any albums after ‘In Utero,’ while Pearl Jam worked on their following records.

You can listen to the albums below.