Kirk Hammett’s Confession About The Wah Solos In Metallica Songs

Kirk Hammett and his wah pedal are like two peas in a pod. In 2008, he partnered with Jim Dunlop to create a Hammett signature Wah-wah pedal, named the KH95. Four years later, the guitarist co-founded KHDK Electronics and tried out new guitar pedals to suit his needs. Moreover, the Metallica icon believes that wah pedals resemble the human voice, which is why the gear is essential for him.

Hammett is known for his extensive wah-wah use, and the pedal gives him the freedom to manipulate the guitar’s tone however he likes. Although Jimi Hendrix was one of the first guitar players to popularize the wah pedal, Kirk Hammett admitted he heard it for the first time in the Thin Lizzy song ‘Warrior.’ In 2021, the guitarist made another confession about using wah solos in Metallica’s music efforts. 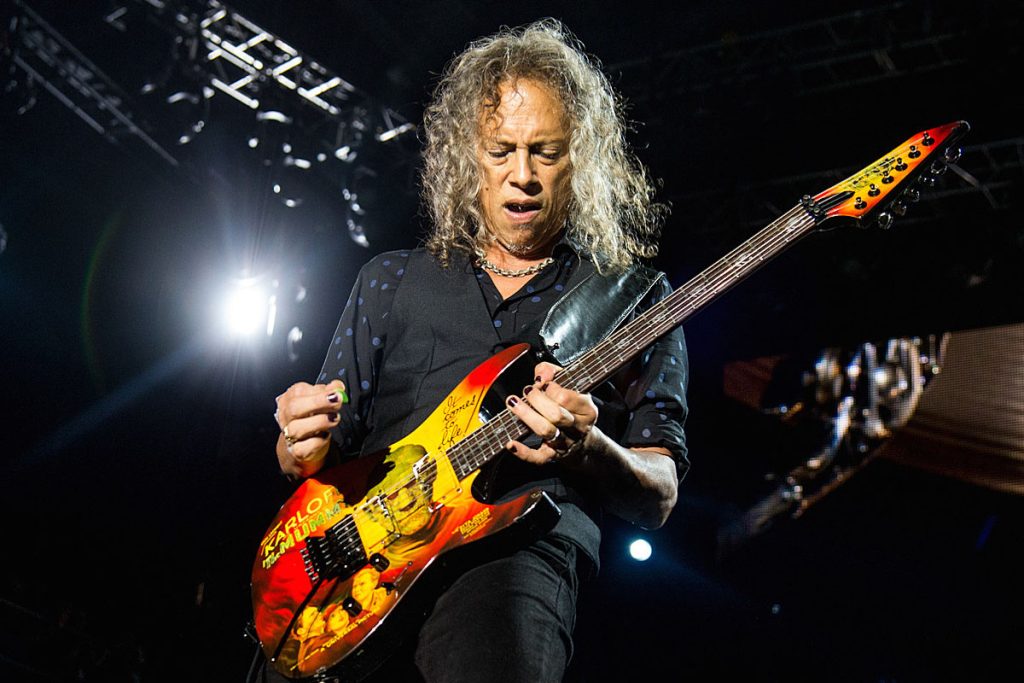 Kirk Hammett joined Guitar World on October 7, 2021, for an interview to discuss the importance of Metallica’s breakthrough album ‘The Black Album.’ Released on August 12, 1991, the record marked a change in Metallica’s sound and showcased their shift toward a heavier and more refined sound. On the other hand, Hammett proved his mastery in wah-pedal use in this album by making it an essential element in his guitar sound.

“When the songs are strong, the solos come easy,” Hammett said, reflecting on his process of writing a guitar solo. “And back then, I’d compose a solo, and then, if it felt appropriate in the studio, I’d bring in the wah and see if it brought anything more out. But I’ve never really written a guitar solo with a wah pedal. It’s always been after the fact. And it’s only been to get more intensity and emotion out of the sound.”

Apparently, Kirk Hammett didn’t actually write a guitar solo while using a wah pedal. Instead, he would focus on the songs, compose a guitar solo, and bring his wah pedal out if he felt it would be appropriate. Moreover, Hammett argued that he would use the wah pedal only to increase the intensity and emotion of his sound. So, using the wah pedal is essential to the Metallica guitarist’s sound, but he also knows how to utilize it properly.