The young Josh Homme didn’t know that he would be one of the most famous musicians in the world, so he thought that he would work as a constructor like his father. Despite his connection with music, Homme didn’t see it as a professional career in the beginning. Still, he began learning and playing guitar at nine when his parents didn’t accept buying him a drum kit.

Homme’s first band was Autocracy which he joined in 1985 when he was twelve years old, and since then, he has been a member and founder of several bands with different and unique styles. Although not all of them became internationally famous and commercially successful, the musician showed his talent as an instrumentalist and songwriter. Let’s learn details about his prolific and extraordinary career as a musician.

The Bands Josh Homme Was A Part Of

In 1987, when Homme was in high school, he founded a punk rock-influenced heavy metal band named Katzenjammer which eventually became Kyuss, with his schoolmates. The band performed several gigs with other local bands, and they released four studio albums, ‘Wretch,’ ‘Blues for the Red Sun,’ ‘Welcome to Sky Valley,’ and ‘…And the Circus Leaves Town.’ The band broke up less than a decade later, and Homme decided to continue his musical journey.

Homme became Screaming Trees’ rhythm guitarist in the following year for a short time, then he and Mark Lanegan became close friends and decided to form their band. Its original name was Gamma Ray, but there was another of the same, so they needed to change it to Queens of the Stone Age. The band released their self-titled debut studio in 1998, followed by six more successful and popular records.

Moreover, the musician created a collective musical series named ‘The Desert Sessions.’ He teamed up with Brant Bjork, PJ Harvey, Jeordie White, Dave Catching, Nick Oliveri, etc. In addition, in 1998, he and Jesse Hughes founded Eagles of Death Metal, and interestingly, Homme served as a drummer during live performances and albums, but it wasn’t his last project. Years later, he was the man behind alternative rock supergroup Them Crooked Vultures with John Paul Jones and Dave Grohl. 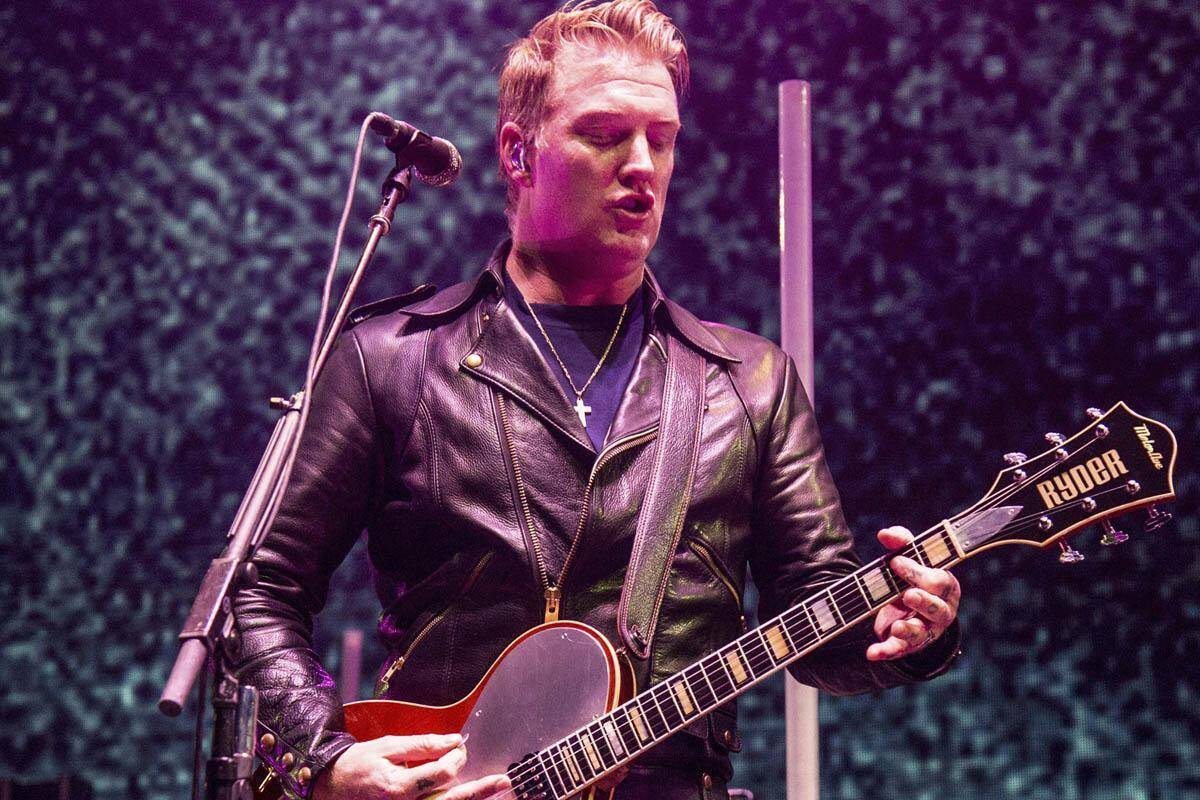 Homme teamed up with different musicians and bands, mainly as a guest artist, along with the several bands he founded and was a part of. The most known ones can be considered Mondo Generator’s ‘Cocaine Rodeo,’ Foo Fighters’ album ‘In Your Honor,’ Primal Scream’s ‘Beautiful Future,’ Mark Lanegan’s ‘Blues Funeral,’ Artic Monkeys’ ‘AM,’ and Mastodon’s ‘Blood Mountain’ along with countless other projects.

Considering his discography, it can take forever to name every album or song he performed as a guitarist or back vocalist. Consequently, there’s no doubt that Josh Homme proved his talent and multitasking skills by working on different projects and taking place in many bands simultaneously most of the time. Almost every time, his longtime fans didn’t forget to appreciate his effort and a never-ending passion for creating new things.