Led Zeppelin’s legendary drummer, John Bonham, also known as ‘Bonzo,’ was interested in drumming from a very early age. He had this instinct to turn everything he found into a possible drum kit when he was a small child. He would use some kitchen utensils to make sounds. From a relatively young age, it was probably apparent that he would change rock drumming forever with his endless passion and commitment.

Having realized his great interest in music, his parents bought him a complete drum kit. The first band he played in was Terry Web and the Spiders. Following that, he also worked with several other local bands and began to increase his reputation as a powerful drummer. All our lives are full of life-changing decisions that would affect the rest of our time in this world, and one of John Bonham’s defining moments happened around this time when he met Robert Plant.

How Did John Bonham And Robert Plant Come Together? 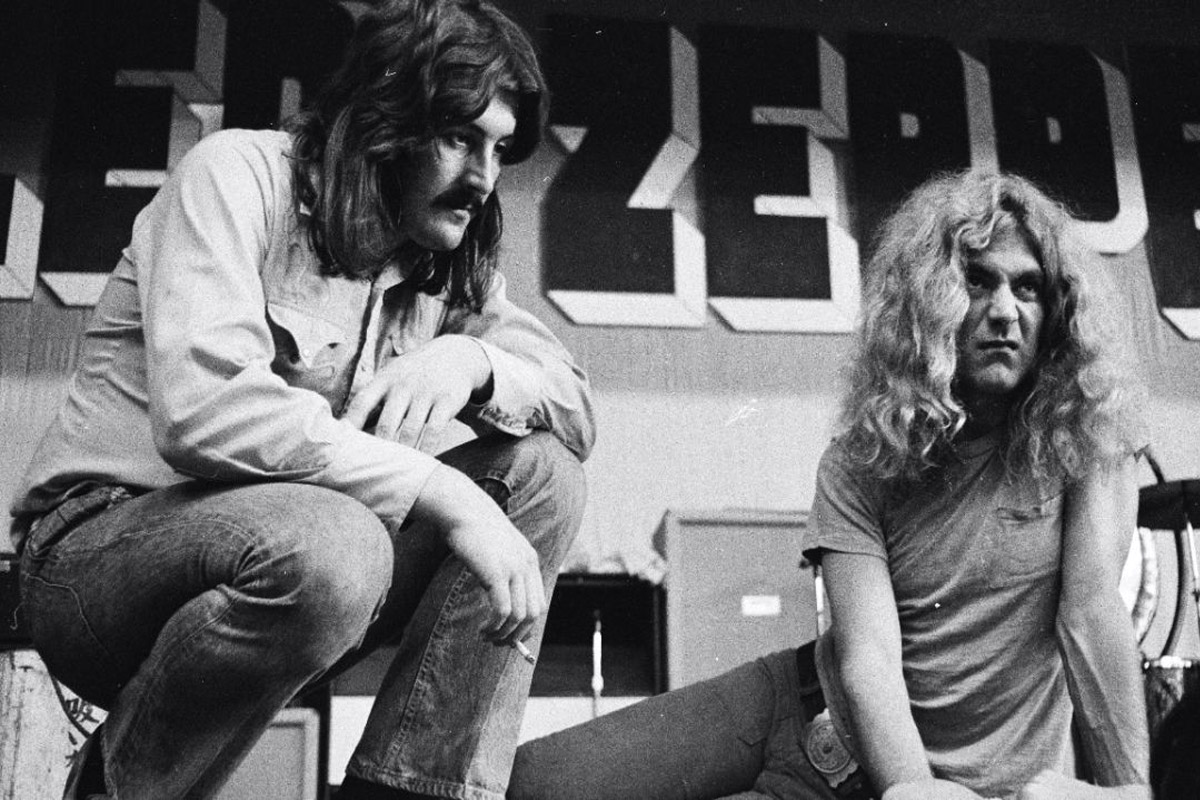 John Bonham recorded a single titled ‘She’s a Mod,’ with the Senators, which achieved some success. Playing drums became his full-time job, and he decided to form his band, A Way of Life, by the mid-’60s. However, he left the band after a few months. His next stop was a blues band named Crawling King Snakes, which featured Robert Plant as their lead singer.

This first encounter between Bonzo and Plant marked the beginning of a fantastic period for them. The two quickly became close friends, and Plant was a huge admirer of Bonham’s playing. They would accompany each other throughout their musical journey. John Bonham again worked with Plant in a new band named Band of Joy. They recorded a series of demos, but it wasn’t enough to get them a contract from a record label.

The group eventually parted ways, and Bonham started looking for new opportunities to give him a higher reputation. Around this time, Jimmy Page, who was a member of the Yardbirds, had decided to put together a new band. Robert Plant accepted Page’s offer to become the lead singer and hired John Paul Jones. However, the drummer’s spot was still waiting to be filled.

Robert Plant suggested Jimmy Page consider John Bonham. Page paid attention to his suggestion and went to watch one of Bonham’s performances. Jimmy Page was so impressed by what he heard that he offered Bonham to be the band’s drummer. Bonzo was hesitant at first as they weren’t offering enough money, but he still accepted the offer. Luckily, he didn’t miss the chance to become involved in one of the most successful rock acts. Indeed, joining Crawling King Snakes was a life-changing moment in Bonham’s life that made his way to meet Robert Plant and join Led Zeppelin.