John Bonham influenced numerous drummers in the music scene with his powerful drumming, speed, distinctive sound, and fast single-footed kick drumming style. Throughout his career with Led Zeppelin, he remained an essential member of the band, and his bandmates loved him dearly. For that reason, his death on September 25, 1980, was enough for them to think that Led Zeppelin was over.

Jimmy Page and John Bonham had a special bond as he would ask Bonham to share his opinions on the band’s future, and he was the one who fulfilled the drummer’s biggest dream by helping him record an all-drums track named ‘Bonzo’s Montreux.’ As it turns out, Page also had a dream project to work on with Bonham, but it was never actualized due to the drummer’s passing.

The Project Jimmy Page Dreamt Of Making With John Bonham 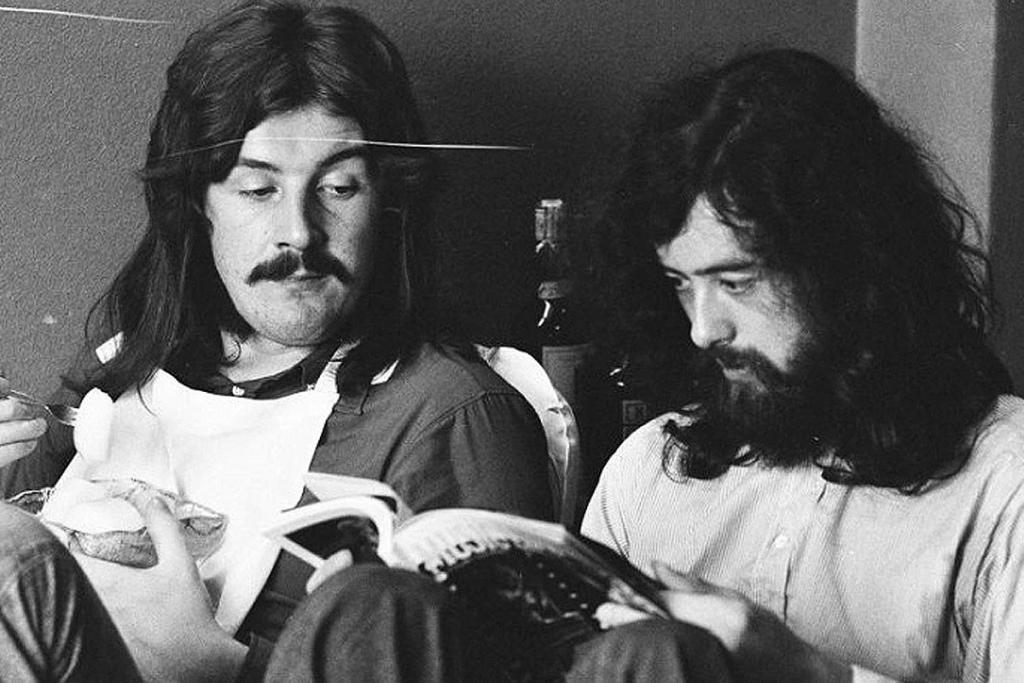 While John Paul Jones was the dominating force along with Robert Plant, Bonham and Page contributed relatively less to the album. This was partially because Bonham was struggling with alcohol addiction, and Jimmy Page was battling substance addiction. So, they would add their parts late at night, while Plant and Jones would record their parts earlier.

Although ‘In Through The Out Door’ was a success, Bonham and Page weren’t pleased with the album. In a 1993 interview with Guitar World, Jimmy stated that Jones was inspired by his new synthesizer, which helped him come up with new ideas. Besides, Jones’ partnership with Plant was something new for the rest of the band.

When the interviewer told the guitarist that it seemed like he lost interest in the band during the recordings of ‘In Through The Out Door,’ Page clearly refused this. Instead, the musician revealed that he and Bonham were thinking about doing a hard-rock album after that. According to Page, the two believed ‘In Through The Out Door’ was relatively soft and didn’t reflect Zeppelin’s sound.

Jimmy Page was asked the following in the interview:

“That record seems to be dominated by John Paul Jones; at least his contribution seems more significant than no other albums. Did you feel it might be more interesting for you to function as an accompanist rather than at center stage?”

“See, you had a situation with ‘Presence’ where Jonesy did not contribute anything, which was a strain. I mean, I would have preferred having some input at that point. But he had bought a new synthesizer [Yamaha GX-1], and it inspired him to come up with a bunch of things for ‘In Through The Out Door.’ He also started working closely with Robert, which was something that had not happened before.”

The interviewer then said:

“I thought maybe you were losing your enthusiasm for the band.”

To which the guitarist responded:

“Never. Never. In fact, Bonzo and I had already started discussing plans for a hard-driving rock album after that. We both felt that ‘In Through The Out Door’ was a little soft. I was not very keen on ‘All Of My Love.’ I was a little worried about the chorus. I could imagine people doing the wave and all of that. And I thought, ‘That is not us. That is not us.’ In its place, it was fine, but I would not have wanted to pursue that direction in the future.”

Although Jimmy Page and John Bonham had plans to record a follow-up album with a more hard-driving sound than ‘In Through The Out Door,’ their plans failed due to Bonham’s untimely passing in September 1980. As a result, Page’s dream project ended up staying on the shelf.