Led Zeppelin guitarist Jimmy Page didn’t know then that he would become an icon of his instrument. Early in his career as a session guitar player before the Yardbirds and Zeppelin, he had a chance to play with prominent artists and bands like Jeff Beck, the Rolling Stones, the Kinks, the Who, and Van Morrison. Working with these different names and mingling with various genres added experience to his existing talent.

He decided to step out of session life and joined the Yardbirds, which solidified his career in the music scene. Yet, Led Zeppelin indeed became a significant achievement of the legendary musician. Although it is a highly subjective issue, Page has no trouble finding a place for himself in many lists of the best guitar players of rock music. The guitarist also has a name in his mind, whom he referred to as the best guitarist.

What Did Jimmy Page Say About Jimi Hendrix? 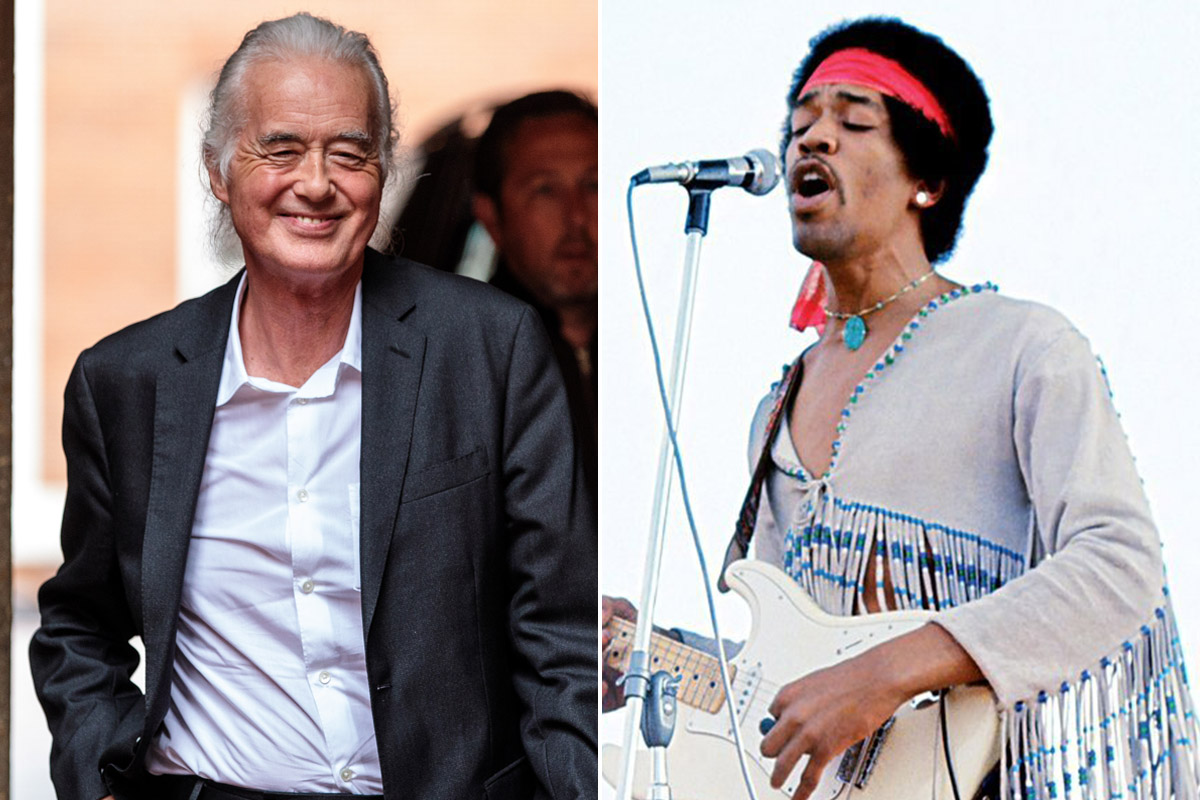 Besides being an extraordinary guitar player, Jimi Hendrix was an innovator who introduced various techniques and styles that had never been used or heard before. These innovative changes he brought have had a long-lasting impact on guitar playing. Countless guitar heroes of the next generations have cited Hendrix as their inspiration and most significant musical influence. He was a revolutionary and transformative figure that went far beyond being a good guitar player.

Thus, it is not surprising to see Jimi Hendrix at the top spot on best guitarists lists and quoted by many notable musicians as their primary influence. During an interview with Rolling Stone in 1975, Jimmy Page also came up with Hendrix’s name when asked about his favorite American guitarists. Page referred to Hendrix as the best guitarist in the rock world. Then, the guitarist also gave other musicians that greatly influenced his playing.

Jimmy Page said the following in the interview:

“Well, let’s see, we’ve lost the best guitarist any of us ever had, and that was Hendrix. The other guitarist I started to get into also died, Clarence White. He was absolutely brilliant. Gosh. On a totally different style. The control, the guy who played on the Maria Muldaur single, ‘Midnight at the Oasis.’

Amos Garrett. He’s Les Paul-oriented, and Les Paul is the one. We wouldn’t be anywhere if he hadn’t invented the electric guitar. Another is Elliott Randall, who guested on the first Steely Dan album. He’s great. Band-wise, Little Feat is my favorite American group.”

Besides Jimi Hendrix, Jimmy Page mentioned Clarence White, who was best known as a member of the Kentucky Colonels and the Byrds, Amos Garrett, Les Paul, and Elliott Randall, among his other favorite guitar players. He thinks all these names left a mark with their signature playing style.