Is Måneskin Bringing Rock Music Back To Mainstream?

The dispute about rock music and its history is as old as time. Since Gene Simmons claimed that ‘rock is dead,’ countless rock and metal musicians have been debating on the matter. Most artists are united on the idea that rock isn’t dead, yet, it isn’t in its glorious days like back in the 1970s or 1980s.

It’s fair to say that pop music has been conquering the world for the last two decades and it has been the mainstream music genre all over the world. However, rock music has been making a comeback for the last couple of years, and just like every other ‘new normal,’ it has gained a new identity with the new generation of musicians.

Although there are a number of artists who have been focusing on creating this new version of rock, Måneskin is the probably the band that has the whole rock and roll package and will most likely become the future image of rock music. With its band members’ gender-bending fashion style, tattoos, and make-up look that screams rock music, and tracks that have been killing every chart all around the world, Måneskin’s story is worthy of telling. 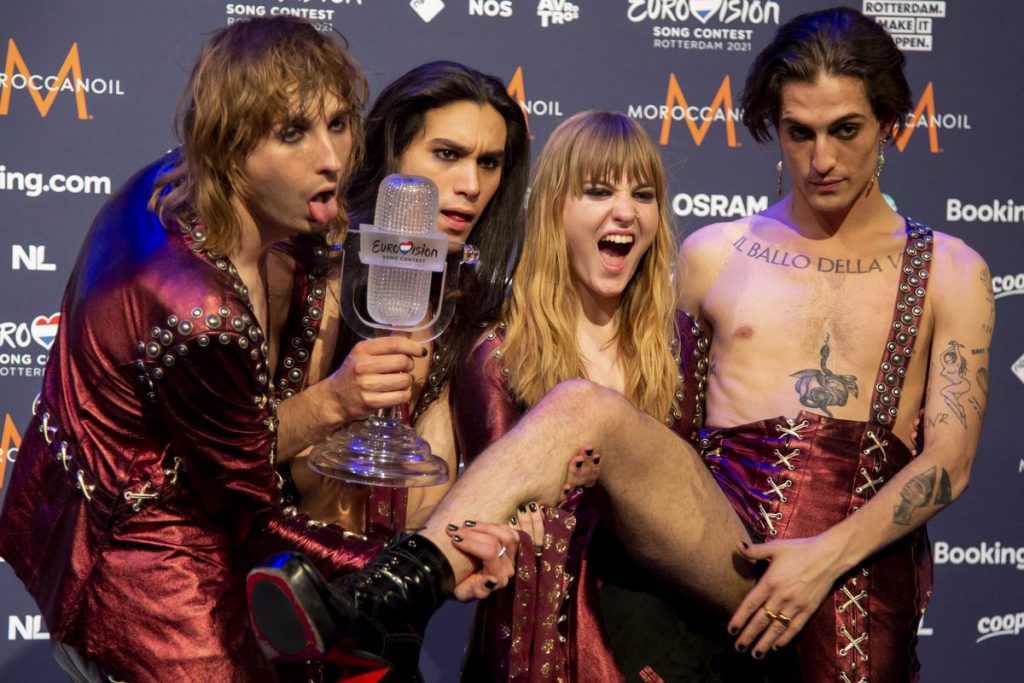 Måneskin is originally an Italian rock band formed in Rome in 2016 with a line-up that consists of lead vocalist Damiano David, bassist Victoria De Angelis, guitarist Thomas Raggi, and drummer Ethan Torchio. The band first started performing on the streets and rose to prominence after ranking second in the eleventh season of the Italian talent show X Factor in 2017.

The band also gained international fame when they won the Sanremo Music Festival 2021 and their name spread all over social media when they won the Eurovision Song Contest 2021 with the song, ‘Zitti e buoni.’ Upon accepting the prize, Damiano David stated that the band’s purpose was to prove to the whole world that rock and roll will never die, which sums up Måneskin’s mission.

After their Eurovision breakthrough, Måneskin sold over one million records in Italy but this was just the beginning as the band gained more recognition with their second studio album, ‘Teatro d’ira Vol. I.’ The band is now one of the most liked music acts by Gen-Z, especially thanks to each and every members’ personality that represents the fresh version of rock and roll.

Måneskin Is the New Face Of Rock Music

After gaining recognition from all around the world, Måneskin released its second studio album, ‘Teatro d’ira Vol. I’ on March 19, 2021. The record included many charts hits such as the band’s Eurovision song, ‘Zitti e buoni,’ ‘Coraline’ and last but not least, ‘I Wanna Be Your Slave’ all of which entered weekly charts across Europe and beyond, including numerous Spotify global charts.

At the beginning of this month, Måneskin was officially the most-listened-to artist in the world on Spotify. Since the band’s Four Seasons cover ‘Beggin’ which was originally released in 2017 hit number one on Spotify’s Weekly Top 200 Global Chart, the band received over 51.8 million streams. The track has been streamed over 192 million times on Spotify.

There’s no doubt that Måneskin’s members have become global superstars since winning the Eurovision Song Contest and have proven themselves to be the future of rock stars with their extraordinary music, contemporary fashion choices, and make-up looks.

Despite not resembling any of the rock bands that we are all used to see and hear, Måneskin is definitely leading the way of creating a fresh face for the rock and roll world and bringing rock music into the mainstream once again.

You can watch the Eurovision performance of Måneskin and listen to ‘I Wanna Be Your Slave’ below.