The conflict actually started with a wish of Foo Fighters frontman, Dave Grohl, which turned into a feud between former Oasis member, Noel Gallagher and Foo Fighters drummer, Taylor Hawkins. Gallagher’s reaction to this wish which was the reunion of Oasis fired up an argument between the two bands.

Back in 2019, Foo Fighters drummer, Taylor Hawkins explained what happened exactly between them and why he supported Liam Gallagher during his interview with Radio X as a promotion for his side project. First, he talked about the latest studio album entitled ‘Get The Money’ of Taylor Hawkins & The Coattail Riders including Chris Chaney, Gannin Arnold, and Nate Wood. During the interview, the host also asked what Hawkins thought about the Gallagher brothers and he clearly stated that he supported Liam Gallagher. The reason behind that was Noel Gallagher’s rude attitude toward them.

Why Noel Gallagher Got Angry Against Dave Grohl? 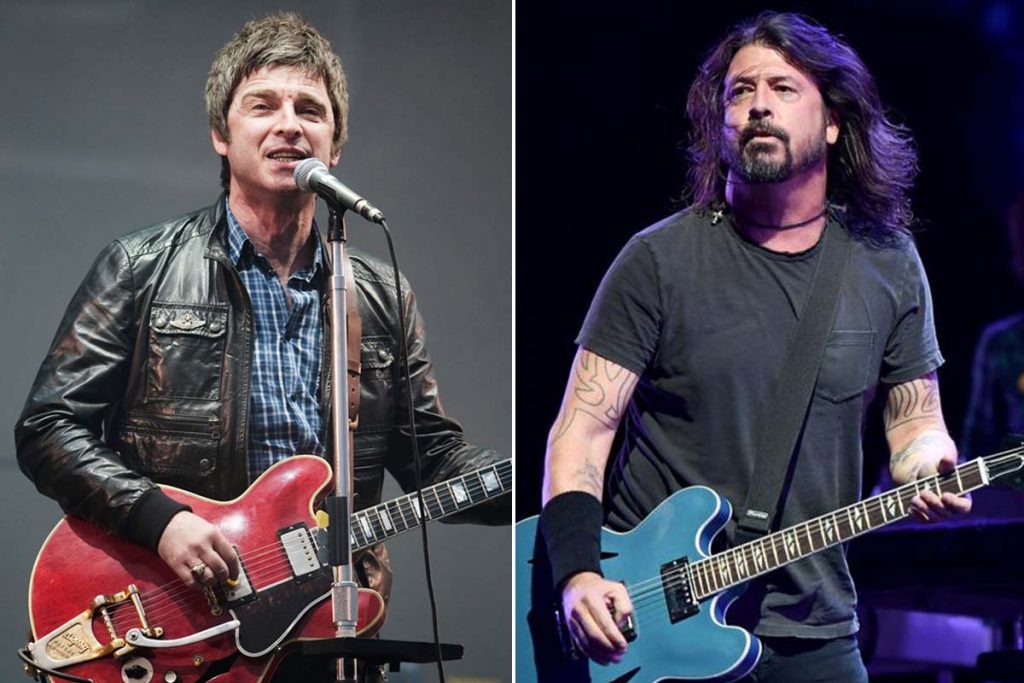 It all started at Reading Festival when Foo Fighters Dave Grohl and Hawkins wanted to start a petition for the reunion of the legendary band, Oasis which they admired so much. As you know, Oasis disbanded in 2009 after the departure of Noel Gallagher and since then the brother continued their musical careers separately.

They also highlighted that there wouldn’t be any reunion many times. After hearing the wish of Foo Fighters’ members, Noel Gallagher said that ‘Let’s start a petition to get the Foo Fighters to break up.‘ In the beginning, Hawkins found this funny but Noel’s later statement was unacceptable for him.

Later, Gallagher also said that ‘if he wants Oasis to get back together he can come up on this stage right now and suck his d*ck.’ According to Taylor, it was very rude and humiliating since Gallagher didn’t even mentioned Dave’s name on the stage. Apparently, Dave and Taylor just wanted to pay tribute to a band that they loved. However, they received a very rude answer from him. That’s why Hawkins described Noel as a mean person and a jerk.

“If the drummer from Nirvana wants Oasis to get back together he can come to this stage right now and suck my d*ck.“

“But I’m hoping now that he will lighten up a little bit and come to his senses and get the good singer back for his band. That’s what I’m hoping. I just think that would be really nice because everybody wants to see that.