How Much Money Do Classic Slayer Members Have After The Band’s Retirement? See Tom Araya, Kerry King, Jeff Hanneman, And Dave Lombardo’s 2021 Net Worth

Slayer was considered as one of the legendary thrash metal bands of all time. The band preserved its popularity, fan base, commercial success by releasing 12 studio albums until it was disbanded in 2019 following the farewell tour. Even though Slayer was disbanded two years ago, the former members are still preserving their great fortunes.

Slayer was founded in 1981 and its founding members were Kerry King and Jeff Hanneman as the guitarists, Dave Lombardo as the drummer, and Tom Araya as the bassist and vocalist. The final lineup of the band consisted of original members, Kerry King and Tom Araya, drummer Paul Bostaph replacing Lombardo two times, and guitarist Gary Holt replacing Hanneman.

The band released their debut studio album entitled ‘Show No Mercy’ on December 3, 1983. Without any sponsor, the band financed their album with the help of Tom Araya’s money that he saves by working as a respiratory therapist and borrowing money from Kerry King’s father. After the success of the debut album, Slayer members didn’t have any problem with money anymore. 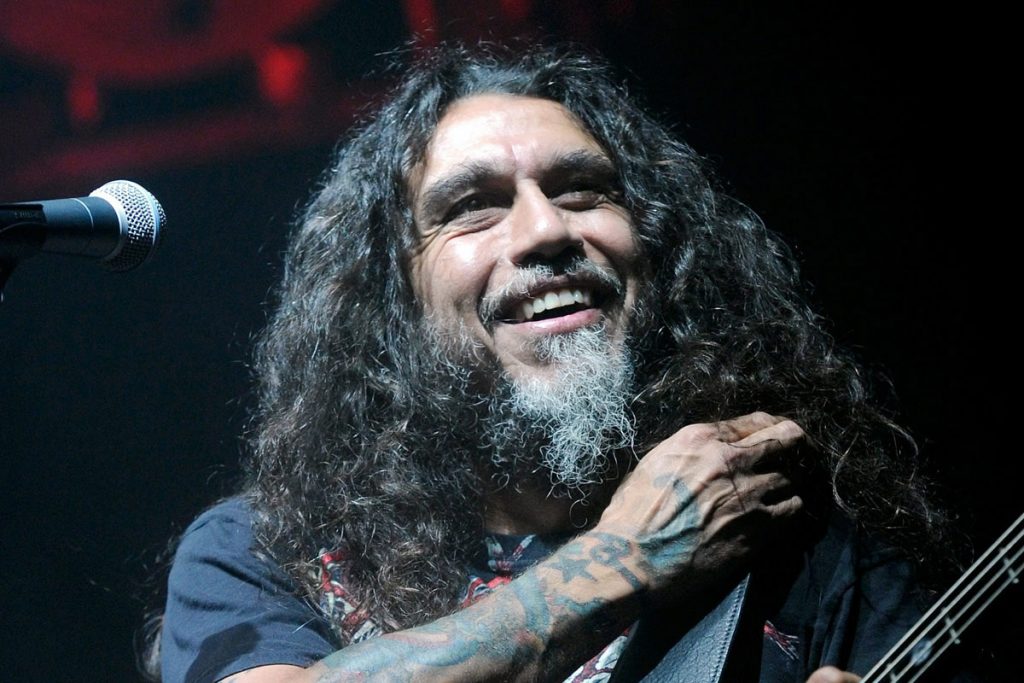 Tom Araya started to play bass guitar when he was eight years old. He continued to play with his brother for a long time. In 1981, he was asked to join Slayer by Kerry King as the bassist and vocalist of the band shortly after Araya became a respiratory therapist. With the money which he gained from working at a hospital, he also financially contributed to Slayer’s debut album, ‘Show No Mercy.’

He took place in every album of Slayer until it was disbanded. Araya also wrote the lyrics of some of the most popular Slayer songs such as ‘213’ and ‘Dead Skin Mask’ with having a great interest in serial killers. Because of his gall bladder surgery and later his back surgery, two different tours of Slayer were rescheduled. He played for the band until the end of it. In spite of being the retired member of Slayer, he is one of the richest original members of Slayer with having a $14 million net worth. 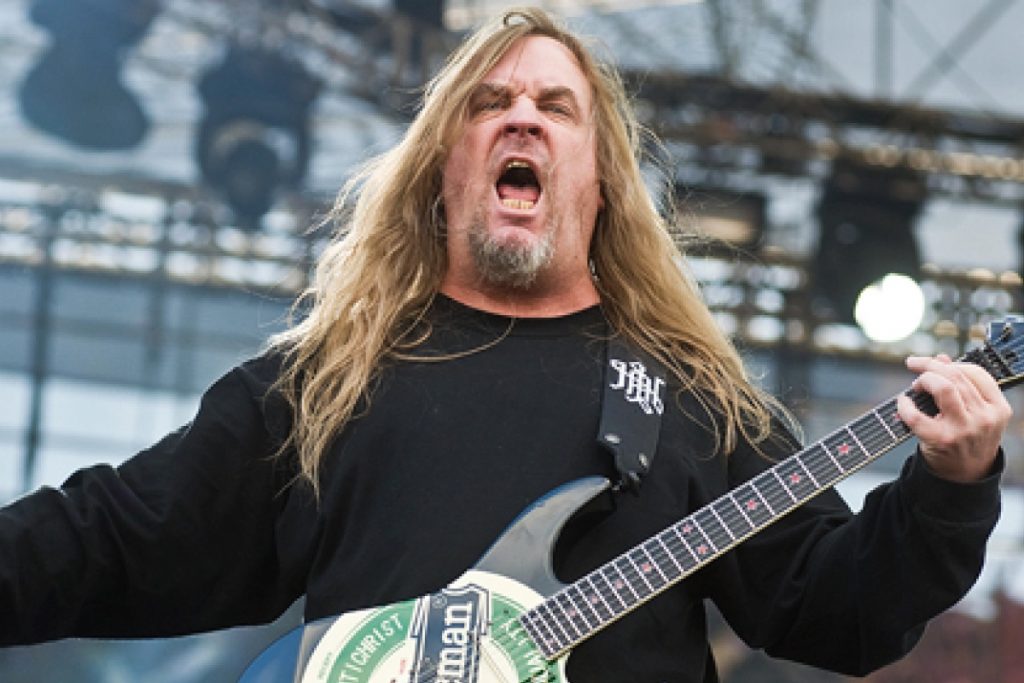 Jeff Hanneman was the co-founder and lead guitarist of Slayer and was also the richest member of the band. Hanneman came across Kerry King when King was in an audition to join a band named Ledger. After the audition, Kerry watched Hanneman while he was playing the song of legendary bands such as AC/DC and Def Leppard. Then they met with each other and started to play together. After that, King asked him to form their own band. This was the beginning of Slayer.

In 2011, Hanneman got caught necrotizing fasciitis because of a spider bite that he got from a friend’s hot tub. Slayer continued its tour recruiting Gary Holt until he became healthy again. Even though it was announced that he recovered from the disease, he didn’t feel healthier enough to perform again. On May 2, 2013, he died of liver failure and Holt took his place permanently as the guitarist of Slayer. 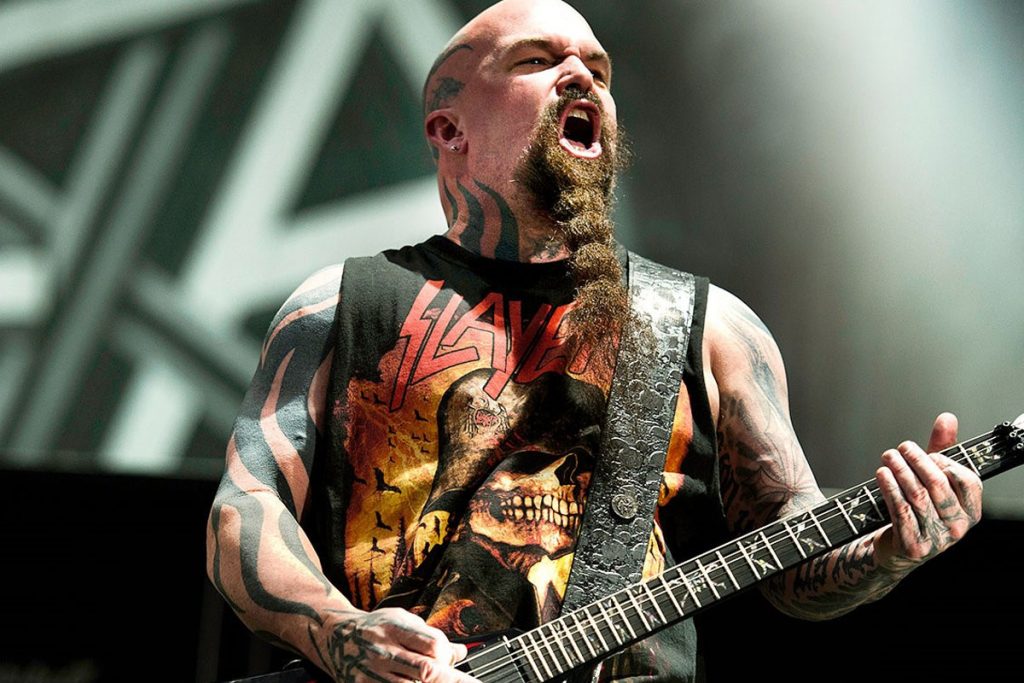 Kerry King formed Slayer along with Jeff Hanneman after they met during his audition. He was the co-lead guitarist and songwriter of the band for forty years with having $8 million fortune. In his third year in Slayer, Megadeth legend, Dave Mustaine invited him to the band. However, he didn’t become a member of Megadeth and King only collaborated with them for a few projects of the band. Apart from his remarkable career in Slayer, King also took place in different projects.

He appeared on Beastie Boys’ debut album ‘Licensed to III,’ Pantera’s ‘Goddamn Electric,’ and Marilyn Manson’s Rape of the World Tour. In addition to his successful musical performance both in Slayer and different bands, Kerry King was a snake collector and had a herpetology nursery named Psychotic Exotics along with a reptile house. Also, he was expressing his anti-religious worldview and his political side standing against the former president, Donald Trump. 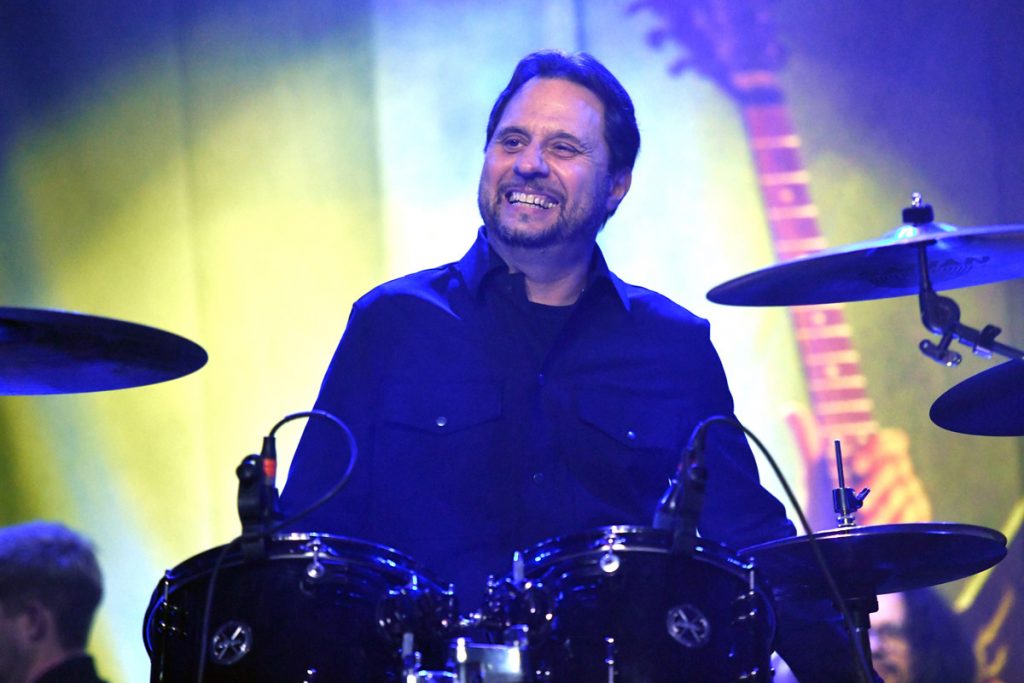 Dave Lombardo was the co-founder and drummer of the legendary thrash metal band, Slayer who has $4 million net worth, until his leaving the band in 2013. When he was sixteen years old, he went to meet with guitarist Kerry King who was living very close to him. Lombardo showed his talent as a drummer and enthusiasm about playing together. When King’s and Lombardo’s harmony was great, King introduced him to his friend, Hanneman.

Lombardo left Slayer three times because of different reasons. Shortly after they formed the band, Lombardo decided to leave Slayer because they couldn’t earn enough money to properly maintain his life. One year later, he returned to the band until his second time. In 1992, he left Slayer to support his wife during the birth of his first child. So, he refused to tour with the band for that reason. After his second return, he left Slayer in 2013 for good expressing his good feelings about his former bandmates.