Halestorm frontwoman Lzzy Hale shared a post to celebrate the 18th anniversary of her relationship with a very familiar face for the Halestorm fans on her official Instagram account. Hale opened up about her longtime relationship in the caption of her post for the first time and revealed the inspiration behind the lyrics of a Halestorm song.

Previously, Hale had posted a tweet to reveal that she is bisexual, in an 18-year relationship with a man. Of course, Halestorm fans weren’t surprised about this news because her bandmate Josh Smith had confirmed that Lzzy has been in a relationship with another Halestorm member, Joe Hottinger. 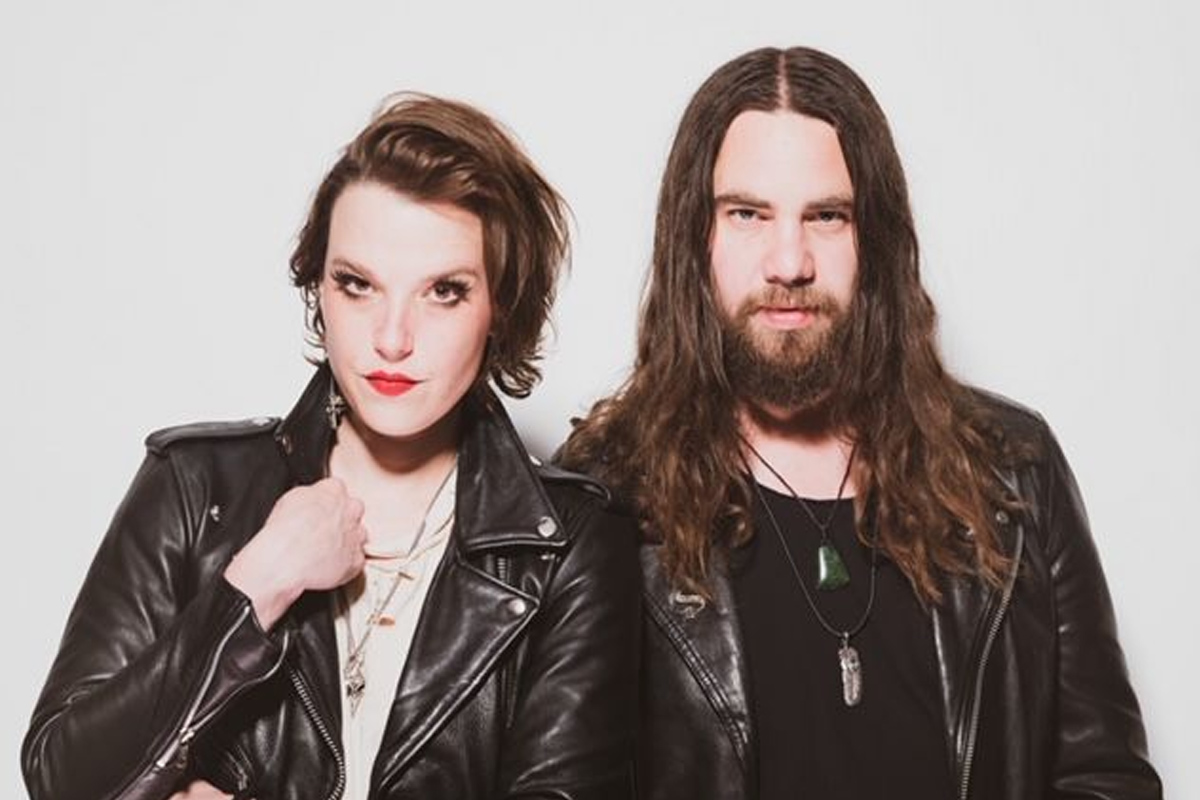 Joe Hottinger joined Halestorm as the band’s guitarist in 2003. As Lzzy Hale and Joe Hottinger started dating 18 years ago, it seems like they shared dating shortly after he became a band member, and they have been pursuing both a romantic relationship and a thriving music career. However, they hadn’t given any specific details about their relationship until Halestorm’s bassist spilled the tea.

In her previous posts and statements, Hale had hinted that she has been dating someone for a very long time without giving Hottinger’s name. Recently, Hale reflected her feelings towards her longtime boyfriend on the 18th anniversary of the day they kissed for the first time and revealed that he was the inspiration behind ‘The Silence.’ She added the lyrics to the caption of her Instagram post, and fans expressed how happy and emotional this post made them feel in the comments section.

“On this day, 18 years ago. I kissed you. I opened a door that changed my life forever.

I found a light, a partner in crime, a love.

To truly love someone, is not easy.

To grow and evolve with someone is not easy. But you and I, we never run from ‘Hard’

You’ve seen my dark side, you know my secrets, my flaws, my vulnerabilities. I challenge you. You push back.

However, somehow, our belief in each other has never wavered, even in the storm, we are the rock that remains. I love you more than those 3 archaic words could possibly express.

I know no matter what this fucked up world lays at our door. I know someday the moon will blow away and all flesh will decay.

Everything will change but we will still remain and outlast the pyramids.”

You can check out the photo and the song below.