Bruce Springsteen’s Only Regret About His First Marriage

Rock stars sure have unique stories regarding their love lives since many musicians are notorious for having not hundreds but thousands of relationships, or they had affairs with famous groupies who were underage at the time. While these are all controversial incidents many fans find somewhat unethical; a broken heart can also be as sensational as these over-the-top stories.

For instance, Bruce Springsteen has been in a steady relationship for years now with Patti Scialfa. However, the beginning of their love story was quite problematic since the rocker was married to somebody else at the time even though they were on the edge of a divorce. Still, Springsteen wasn’t unapologetic about his actions and expressed regret, which we’ll be looking at today.

How Was Bruce Springsteen’s First Marriage? Bruce Springsteen first met actress Julianne Phillips backstage, and their little conversation was well enough for them to date a second time. Soon after, they were a couple who met each other’s families, which eventually led to their marriage on May 13, 1985, at Our Lady of the Lake Catholic Church in Lake Oswego, Oregon.

While their marriage was a fairytale initially, with Phillips’ desire to support her husband, Springsteen’s traveling took its toll on their relationship. Their marriage was damaged due to the musician’s lifestyle depicted in many of the songs on his eighth studio album named ‘Tunnel of Love.’

The unhappiness he felt in his relationship with Phillips was known to his inner circle and road crew as the rocker was spotted not wearing his wedding ring backstage. In the end, Phillips and Springsteen separated in the spring of 1988, but they kept it from the public until the actress filed for divorce on August 30, 1988. In December, the former lovers settled, and their divorce was finalized on March 1, 1989.

How Did Bruce Springsteen Fall For An E Street Band Member? 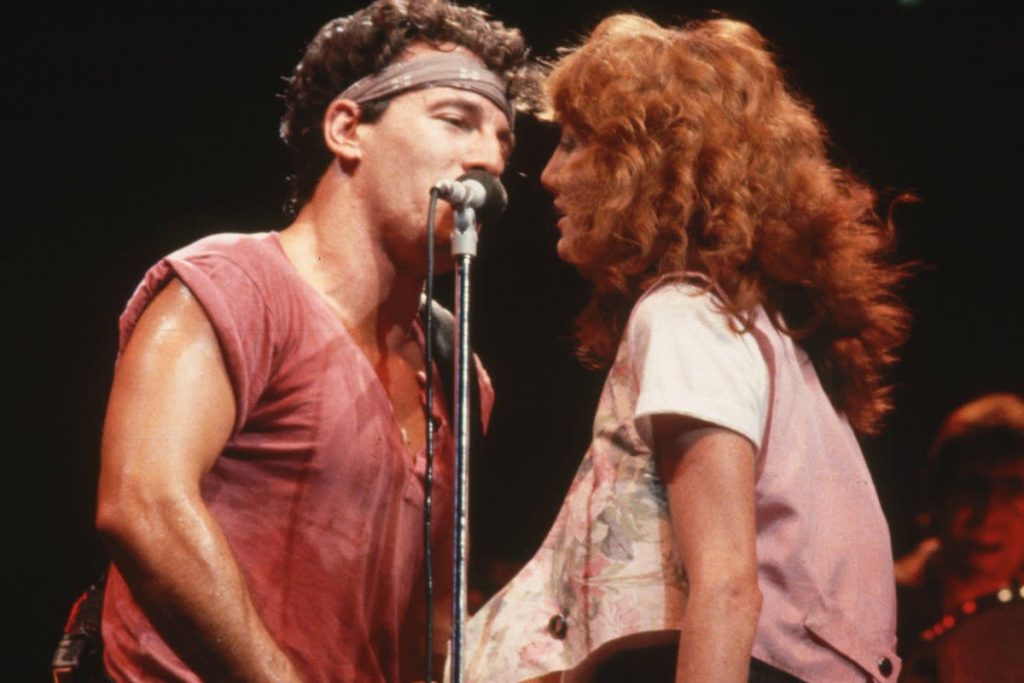 Before his marriage with Julianne Phillips, Bruce Springsteen met another musician named Patti Scialfa in the early 1980s, and the duo became close friends soon after. Early in 1984, Springsteen asked Scialfa to join the E Street Band for the upcoming Born in the U.S.A. Tour. The Tunnel of Love Express Tour began in late February 1988, and Springsteen convinced Scialfa to rejoin the tour.

The duo was only friends at the time, but as his relationship with Phillips deteriorated, Springsteen and Scialfa fell in love during the Tunnel of Love Express Tour. Around that time, the rocker had already ended his relationship with his then-wife. Soon after his separation from Phillips, the new couple started living together, which received press criticism. Many people criticized Springsteen for his haste in having a new affair as his divorce wasn’t even finalized.

While Springsteen initially defended his decisions, he later admitted his actions towards Phillips were wrong since the musician was all over the place with Patti Scialfa even before they made a public statement about their breakup. As the press was making headlines about a musician who was ‘hanging out’ with a band member, Julianne Phillips didn’t get to explain her side of the story in front of the public eye.

Springsteen’s statement about the situation follows:

“I didn’t protect Juli. Some sort of public announcement would have been fair, but I felt overly concerned about my own privacy. I handled it badly, and I still feel badly about it. It was cruel for people to find out the way they did.”

It appears that young Bruce Springsteen was confident in himself when it came to having freedom in his private life. Though he decided to live his love to its fullest, his actions affected Julianne Phillips to an extent he didn’t consider. Fortunately for him, the musician has been in a happy relationship with Patti Scialfa for decades and admitted his fault in managing the situation years ago.