The Rolling Stones guitarist Keith Richards still has an active music career at the age of 77, even after surviving from several deadly injuries, catastrophic events, and even some o his own actions that might have caused his own death, in addition to this, the iconic guitarist’s immortality isn’t just physically, Richards is going to live on through his fans’ thanks to his legacy. 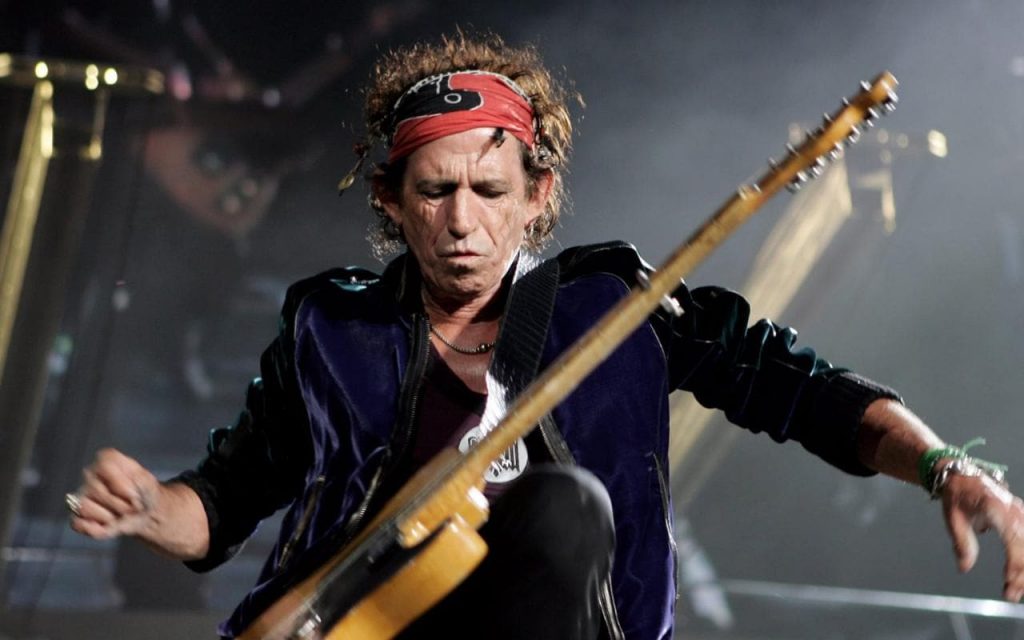 As many of you know, Keith Richards has a music career that spans over an impressive sixty-one years filled with countless iconic albums such as ‘Exile on Main St.’ ‘Let It Bleed,’ and ‘Sticky Fingers,’ endless chart hits like ‘Gimme Shelter,’ ‘Sympathy for the Devil,’ ‘Paint It, Black,’ in addition to record-breaking live performances with the Rolling Stones.

There’s no doubt that the Rolling Stones’ guitarist has created an undeniable legacy in his music career that made him one of the most unforgettable musicians in music history, even being referred to as the creator of ‘rock’s greatest single body of riffs’ on guitar by Rolling Stone magazine in 2011, ranking him fourth on its list of the top 100 best guitarists.

However, respectable magazines aren’t the only ones to refer to him as an icon since the fans also have been looking up to him as a living legend for decades which means long after Richards is gone physically, he will continue to live on through his fans which is what makes him immortal in the first place.

Being born on 18 December 1943, Keith Richards narrowly survived the London Bombings of 1944 with his mother. Right from the start, Richards experienced a horrible and deadly incident as a little baby. However, this was only a beginning since as a teenager, the iconic guitarist experienced strychnine poisoning while getting high, made his friends thinking he’s dead at the moment, yet, Richards had a long way to live.

As he was just getting started, Richards lived a burning-to-death experience, not from a stage prop like other musicians but from a forgotten lit cigarette he was with his then-girlfriend Anita Pallenberg in bed. While one would escape the two to be burned heavily, even to death, they both survived from the fire.

He, of course, experienced stage incidents during which he was supposed to be fatally injured, especially when he was electrocuted after hitting his mic stand with the neck of his guitar. Aside from burned guitar strings and losing consciousness, Richards was perfectly healthy once again.

While fans may say it’s impossible for Keith Richards to survive more deadly accidents such as these, the list goes on to the number of nine. The nest one is because of fire again when he lost his Redlands Estate home in 1973 after a tremendous house fire. Luckily, he managed to escape the house before burning to death once again.

Possibly the most hilarious yet tragic incident the legendary guitarist lived in was when his three ribs were broken while standing on a chair to reach a book and slipping. Following this, Keith Richards fell out of a tree from several feet only to be left with a headache.

And last but not least, the Rolling Stones’ iconic guitarist actually did something that may not be deadly. However, Keith Richards snorted his father’s ashes; nevertheless, it was possibly a dangerous thing to do when it comes to his health.