Pete Townshend is a musician who achieved remarkable success as the co-founder, leader, guitarist, secondary lead vocalist, and primary songwriter of the Who. Townshend has written over 100 songs for 12 the Who studio albums. Apart from working with the band, he also collaborated with various other artists.

On October 8, 2012, Pete Townshend released his autobiography ‘Who I Am.’ The book chronicles the musician’s career in the Who, his struggles in the music industry, and some personal details about him. Among those interesting facts, Townshend also revealed that he feels sexually attracted to the Rolling Stones’ Mick Jagger. Let’s learn more about this statement.

What Did Pete Townshend Confess About Mick Jagger In His Memoir? 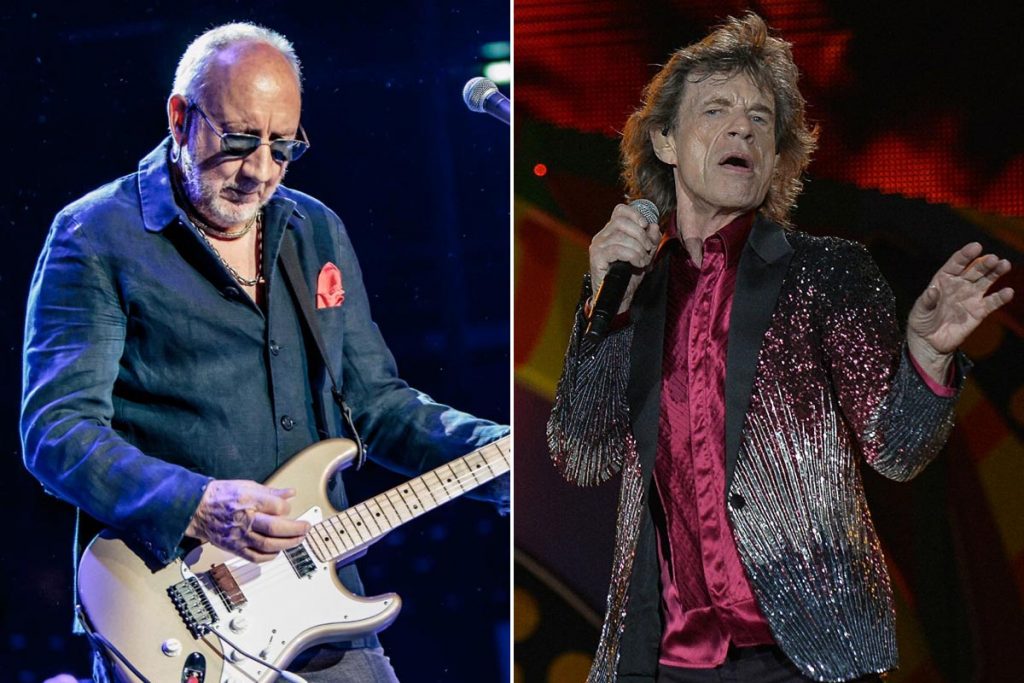 In his 2012 memoir ‘Who I Am,’ Pete Townshend described himself as ‘probably bisexual.’ Moreover, the musician claimed that Jagger is the only man he has had the urge to sleep with. He then revealed that the reason fueling his desire for the frontman is his pajama-style pants which reveal the outline of his penis.

As reported by Rolling Stone, Pete Townshend wrote in his book the following:

“Mick is the only man I’ve ever seriously wanted to f*ck. He was wearing loose pajama-style pants without underwear; as he leaned back, I couldn’t help noticing the outline of his ample cock lying against the inside of his leg.

From then on, I encouraged the band to arrange our ‘equipment’ for maximum effect, especially on stage or in photographs.”

On July 18, 2012, at a press conference announcing the Who’s ‘Quadrophenia’ tour, Pete Townshend continued to elaborate on Jagger’s penis. As reported by Rolling Stone, the musician said that he remembers Mick Jagger’s penis as ‘huge and extremely tasty.’ He then jokingly added he wouldn’t dare to mention anything about Roger Daltrey’s.

“What I remember of the size of Mick Jagger’s penis — I remember it as being huge and extremely tasty. I don’t remember anything about Roger’s and wouldn’t dare to mention it. Let’s hope that makes the internet.”

In his 2010 memoir, Mick Jagger’s Rolling Stones bandmate Keith Richards had also made controversial remarks about the musician’s penis, describing it as a ‘tiny todger.’ However, it seems like Jagger’s private parts managed to draw Pete Townshend’s attention.