In the late 1990s, both Marilyn Manson and Limp Bizkit were prominent music bands in the mainstream music scene. Marilyn Manson’s band was rocking the world with their successful records and controversial live performances while Limp Bizkit was determined to climb the ladders of fame.

In 1999, Fred Durst and his band Limp Bizkit started working on their second studio album ‘Significant Other.’ Following the album’s release on June 22, 1999, the band achieved considerable commercial success and popularity. They became the main focus of the music world and became featured on the covers of well-known music magazines. Moreover, their fanbase extended to millions of fans around the world.

However, an established musical figure in the heavy metal music scene, Marilyn Manson was not pleased with Limp Bizkit’s rising success. Therefore, he targeted the band and their fanbase on his official website with a controversial statement. This act of Manson sparked a long-lasting feud between him and Limp Bizkit’s Fred Durst. Let’s learn the details of the quarrels between the two.

The Details Of The Feud Between Marilyn Manson And Fred Durst

Back on July 29, 1999, Marilyn Manson issued a statement on his official website in which he targeted Limp Bizkit and their fans. According to Manson Wiki, he described the band and fans as ‘illiterate apes’ and hypocrites who sell tuneless testosterone anthems of misogyny and pretend to be outsiders.

Marilyn Manson described Limp Bizkit and their fans on his website as:

Following that, Fred Durst responded to Manson’s claims in an interview by NME. He targeted both Manson and Nine Inch Nails’ Trent Reznor, who also attacked the band, and said they are in the same boat. Durst said that Manson is now quite unhappy that his career has gone into a shambles, and he is alienated in the world. Following that, the singer stated they are both jealous and mad at themselves. In the same interview, Durst also claimed that Manson is stupid if he thinks Durst is a bully posing as a victim.

“I understand that Marilyn Manson is very unhappy that his career has gone into a shambles and he’s alienated his fans so if he has to say things like that because he’s very mad at himself, I would forgive him. And Trent Reznor‘s in the fucking same boat. … We’re just here doing what we do and we have nothing to say about anybody. I wish them both luck and I feel sorry that they’re so jealous and mad at themselves that they have to talk shit.”

Commenting on Manson’s statement which implied Durst is a bully posing as a victim, Durst said that:

“That’s how stupid he must be if he thinks that. But hey, I definitely wasn’t one of the bullies at school. I was a victim. And I’m not a bully at all right now, what can I say? I’m friends with the people in his band so I don’t know why he’s talking shit.“

After some time, in 2001, Limp Bizkit’s guitarist Wes Borland left the band and Manson asked him to join his band in 2008. Manson announced the news at a press conference again with a statement attacking Limp Bizkit. He claimed that Wes Borland left Bizkit because he felt they were a destructive force in art. He also called Bizkit a really terrible band.

Marilyn Manson announced the news as:

“We have a new guitar player that’s gonna play for the first time tomorrow; it’s the first time we’ll play on stage together. His name is Wes Borland and he used to be in a really terrible band that he left because he felt that it was a destructive force in art. He has his own band, Black Light Burns, but now he is in Marilyn Manson. We don’t know how permanent that is, but starting tomorrow will be the first step. So this will be the most indestructible Marilyn Manson.”

The following day, Borland performed with Manson for the first time at the ETP festival. The guitarist then performed one more time with Manson and left to rejoin Limp Bizkit. After Borland’s decision to leave Manson, things got quite heated between the two. According to a now-inaccessible interview by Kerrang, Manson stated that Borland said he would never go back, and when he was asked if the reason was money, he said he would rather set his dick on fire than joining something he hated.

As reported by Blabbermouth, Marilyn Manson stated that:

“That is what I find myself asking when I urinate sometimes. He said he would never go back. If the reason is money, then I’d rather roll up a 5 dollar note and shove it up to my urethra. I’d rather set my dick on fire than join something that I hated.”

After Manson’s statement, Wes Borland was quick to respond to him. The guitarist claimed he submitted nine songs to the Manson album but the band refused to record them. He then said he felt like a hired gun, and Limp Bizkit is more of a band than Marilyn Manson.

“I wrote nine songs to be submitted to the Manson record and none of them made it. I was really in hired gun land there but was sort of being told that I wasn’t. So when I figured that whole thing out, I knew I was never going to get an inch into that band. I love Manson. He’s definitely one of the wildest personalities I’ve ever been around and one of the smartest people I’ve ever met but it’s the Marilyn Manson show over there. Limp Bizkit is more of a band.”

Although the feud between Marilyn Manson and Limp Bizkit lasted quite a long time, it seems they buried the hatchet now. In fact, they also appeared on the same stage together. 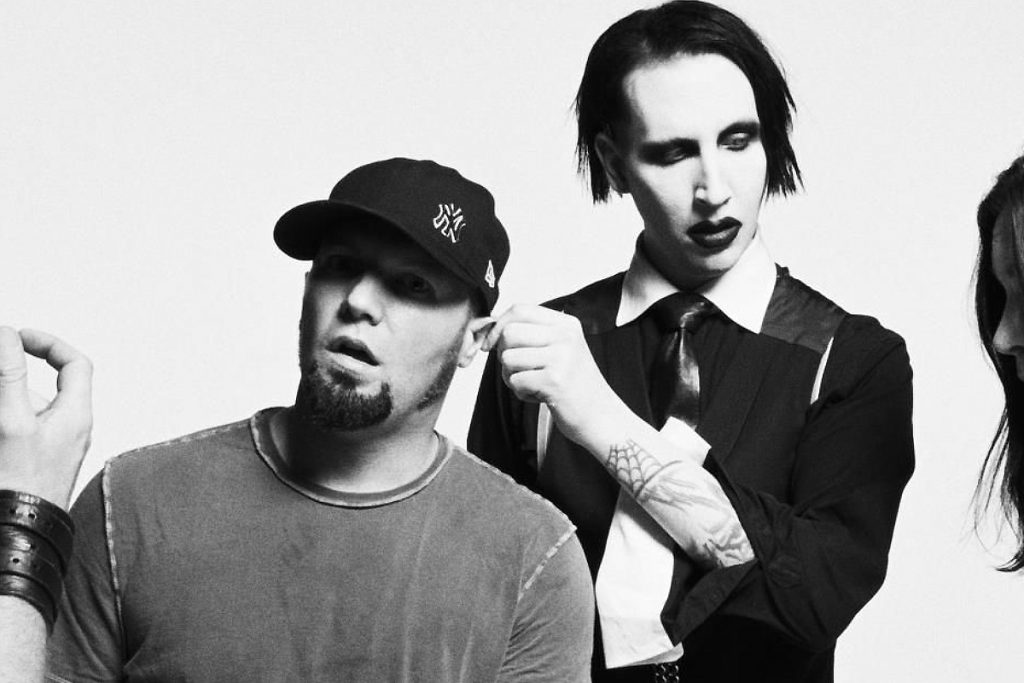 According to a 2019 interview by Revolver Magazine, things settled down between Manson, Durst, and therefore Limp Bizkit. In the interview, Manson said that he went to see Pet Semetary with Fred Durst and hanged out with him. He then said Fred is very different than what he would have imagined, and he didn’t really know him that much before. Following that, the musician claimed that Durst has more dimensions to him just like himself.

“I went to see Pet Sematary the other night with Fred Durst. We were just kind of hanging out. I didn’t really know him that much before, and he’s very different than I would have imagined, but he’s not that different from the rock star that I saw on TV. It’s just that he has more dimensions to him. I guess it’s like, with me, there’s not Marilyn Manson and then Brian Warner. There’s the person, and then there’s the persona — they’re still the same thing, just one letter off. That’s the way I look at it.”

Also in 2019, Limp Bizkit and Marilyn Manson performed for a special gig at Los Angeles’ The Troubadour. Manson joined Fred Durst to perform a cover of Nirvana’s classic song ‘Heart-Shaped Box.’ According to footage from that event, Manson and Durst seem to let bygones be bygones.

Below, you can check out the footage from the gig in 2019 where Manson sings Nirvana’s ‘Heart-Shaped Box’ along with Fred Durst.