Who Is The Richest Member Of Rage Against The Machine? See Zack De La Rocha And Tom Morello’s New Worth In 2021

Widely known for being loudly and proudly expressing political views, Rage Against the Machine members have found themselves a solid place in the rock music industry, regardless of the hiatus that is planned to be over soon with their upcoming world tour.

The band was founded around 1991 after the young guitarist Tom Morello left his previous band Lock Up and decided to form a new group. Tom’s path crossed with vocalist Zack de la Rocha and bassist Tim Commerford which led to some inspiring jamming sessions. Morello later invited the drummer Brad Wilk to join the band which completed the original lineup of Rage Against the Machine.

The band’s debut self-titled album was released in 1992 which received critical acclaim and was considered as a record with real energy. Within the very first years of its career, Rage Against the Machine became one of the most popular bands of all time. However, following the release of their fourth studio album, ‘Renegades,’ Zack de la Rocha decided to leave the band mainly due to the creative differences among the group members.

After the departure of their frontman, the rest of the band members formed a supergroup called Audioslave with Chris Cornell as the lead singer. After Cornell’s tragic death, Morello, Wilk, and Commerford pursued their music careers with another band named Prophets of Rage. Fortunately, in 2019, Rage Against the Machine decided to reunite for a world tour which they had to reschedule due to the coronavirus pandemic. Regardless of the conflicts within the band, they managed to become one of the greatest bands in the world which provided the members an impressive amount of financial gain. The co-founder and guitarist of Rage Against the Machine, Tom Morello has a net worth of $30 million which makes him the richest member of the band.

Considered as one of the greatest guitar players of all time, Tom Morello started his music career when he was only 13 years old by joining his first band called Nebula. While he was in his 20s, Tom started a new band, Electric Sheep, with his friend Adam Jones, who later became Tool’s guitarist. However, Morello’s career as a recording artist started when he founded the band Lock Up and continued with Rage Against the Machine.

Known for his unique use of guitar effects and exceptional methods, Tom has pursued a solo career under the name The Nightwatchman. Following Zack de la Rocha’s departure from Rage Against the Machine, the guitarist formed a supergroup, Audioslave, along with the rest of his bandmates and with the former Soundgarden singer Chris Cornell. Morello is also known for his collaboration with Bruce Springsteen and the E Street Band. Rage Against the Machine frontman, Zack de la Rocha, is actually the second-richest member of the band with his net worth of $25 million.

While expanding his interest in punk rock bands, such as The Clash and Sex Pistols, Zack de la Rocha joined his first band named Hardstance back in 1987, which later turned into the band called Inside Out. A couple of years later, while Rocha was freestyling at a club, he was approached by Tom Morello who enjoyed his vocals and particularly his lyrics.

Rage Against the Machine provided the freedom for Zack to express his revolutionary political views in the lyrics of his songs as a dedicated activist. However, around 2000, the talented frontman decided to leave the band mainly due to creative differences. Until the band’s reunion, Rocha pursued his solo career by making several collaborations with significant names of the industry, including Trent Reznor of Nine Inch Nails.

Tim Commerford And Brad Wilk Net Worth $20 Million Each 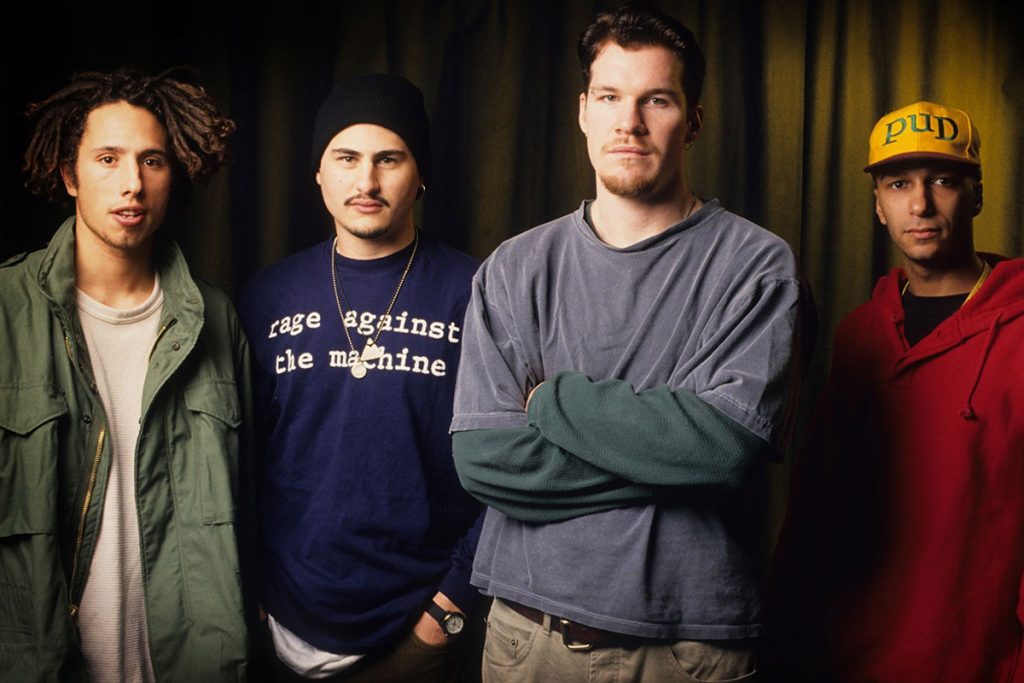 Rage Against the Machine bassist Tom Commerford and drummer Brad Wilk are sharing the title for being the third-richest member of the band with their net worth of $20 million each.

Commerford and Wilk have been integral parts of Rage Against the Machine since the very beginning of the band’s career. After Zack de la Rocha’s departure, they joined Tom Morello for his supergroup, Audioslave, along with Chris Cornell. Additionally, both Tom and Brad collaborated with Maynard James Keenan for his band, Puscifer, and his album titled ‘V Is for Vagina.’