Being influenced by other artists’ work is common in the rock and roll world. On the other hand, ripping off songs is strongly frowned upon, and many musicians have ended up in court. However, that doesn’t mean that some stars refrain from stealing a riff or a melody due to being afraid of lawsuits since they can always say they were ‘influenced’ by it.

In Oasis’ case, the English band never denied that their fellow British musicians, the Beatles, had a heavy influence on them. For a number of obvious reasons, this influence or inspiration was frequently labeled as an obsession by British media and some fans who considered Oasis as the Beatles’ rip-offs.

You may think facing such an accusation may be the worst thing that can happen to a band that identifies as a British rock band as well, but the Beatles icon Paul McCartney disagrees. Let’s break down why they were accused and what the bassist thinks of this entire situation.

Oasis Was Accused Of Ripping The Beatles Off Multiple Times

Regardless of personal opinions, the similarities between some songs are uncanny, and there’s an obvious influence of the Beatles on Oasis’ music. The main reason why their music often sounds similar is that Oasis released occasional Beatlesque songs such as ‘Roll With It.‘ It’s about their sound and Liam Gallager’s voice that sometimes resembles John Lennon’s.

One of Oasis’ most popular ‘rip-offs’ was ‘Don’t Look Back in Anger,’ released in 1996 as the fourth single from their second studio album, ‘(What’s the Story) Morning Glory?’ The song became the band’s second single to reach No. 1 on the UK Singles Chart, but its piano melody is undeniably similar to John Lennon’s iconic track, ‘Imagine.’ 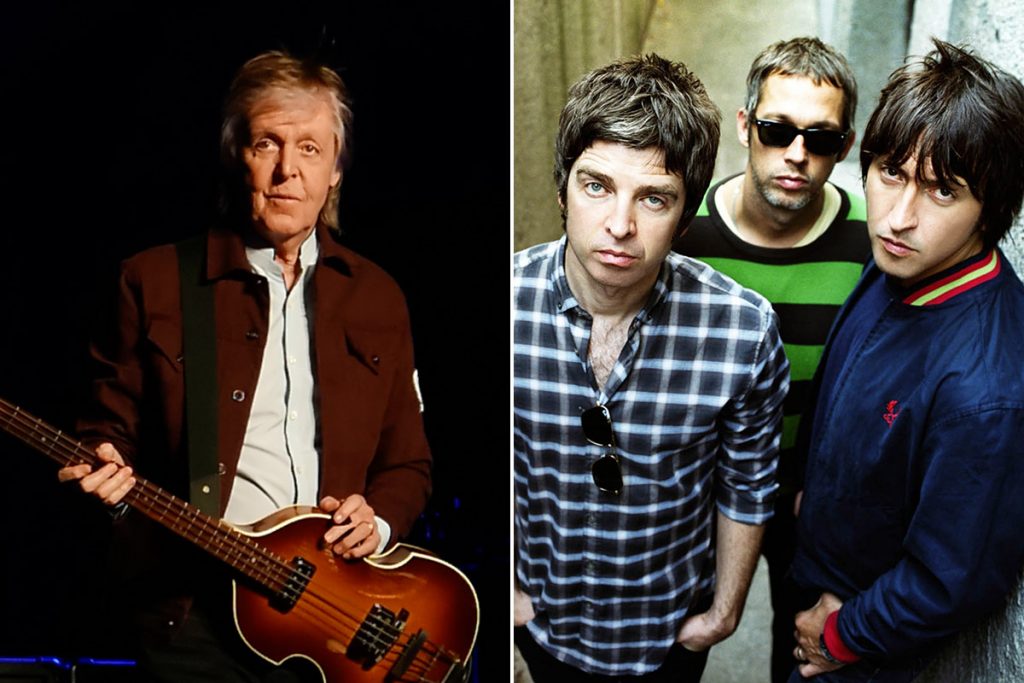 During an interview with MTV back in 1996, following Oasis’ success with their record, ‘(What’s the Story) Morning Glory?,’ lead guitarist Noel Gallagher claimed that they are now officially bigger than the Beatles. Although the musician later admitted that he was under the influence during that interview, his statement was a bold one to make, and its after-effects lasted for a long time.

Years after the statements that contributed to the end of Oasis, the Beatle Paul McCartney opened up about the entire situation during an interview in 2016. If you ask the bassist, it’s ridiculous to say that a band is bigger than the Beatles since the statement inevitably puts pressure on that band regardless of their success. This was the biggest mistake Oasis made in their entire music career.

According to McCartney, an artist can be better than the Beatles, but they shouldn’t say they are better than the Beatles because all their efforts will be criticized in the light of that statement, which happened to Oasis. When the band made such a strong claim after their second studio album and didn’t live up to the expectations in the following years, they faced the imminent ending.

According to NME, the bassist stated:

“Oasis were young, fresh, and writing good tunes. I thought the biggest mistake they made was when they said ‘We’re going to be bigger than The Beatles.’ I thought ‘So many people have said that, and it’s the kiss of death.‘ Be bigger than the Beatles, but don’t say it. The minute you say it, everything you do from then on is going to be looked at in the light of that statement.”

While album sales cannot be the only source of comparison between two bands, Oasis is nowhere near the Beatles since they have sold over 70 million records worldwide while the Beatles have approximately sold 600 million units worldwide. Combined with chart hits, awards, tours, and more, Oasis was never better than the Beatles, statistically.

You can watch the video regarding the comparisons of the two bands’ music below.