When Corey Taylor Managed To Freak Marilyn Manson Out

When the word ‘absurd’ comes up in the rock and roll world, most people’s minds go to Marilyn Manson. He is one of the stars in the metal world that shock their audience and fans with their extreme actions on and off stage. He once even confessed to smoking human bones, but thankfully he is not willing to try that again.

It is considered impossible to shock Manson as his entire career is filled with moments where he is the one doing the ‘shocking.’ For instance, he was arrested for urinating on the crowd during a show and for taking photos of a fan backstage after covering her body with meat products. It just seems that his personality is being reflected on stage as he has over 15 allegations of sexual assault and abuse towards women.

Slipknot’s frontman Corey Taylor is also one of those known for their ‘absurd’ stage performances. The band wears matching clothes, generally jumpsuits, and puts on uncanny face masks for their shows. Their stage look is a criticism of the commercialization of music and aims to attract the focus on their music instead of their faces. Even though the mask idea is not that ‘absurd,’ Corey proved to everyone that he can be as extreme as Marilyn Manson in 2016.

What Did Corey Taylor Do That Shocked Marilyn Manson? 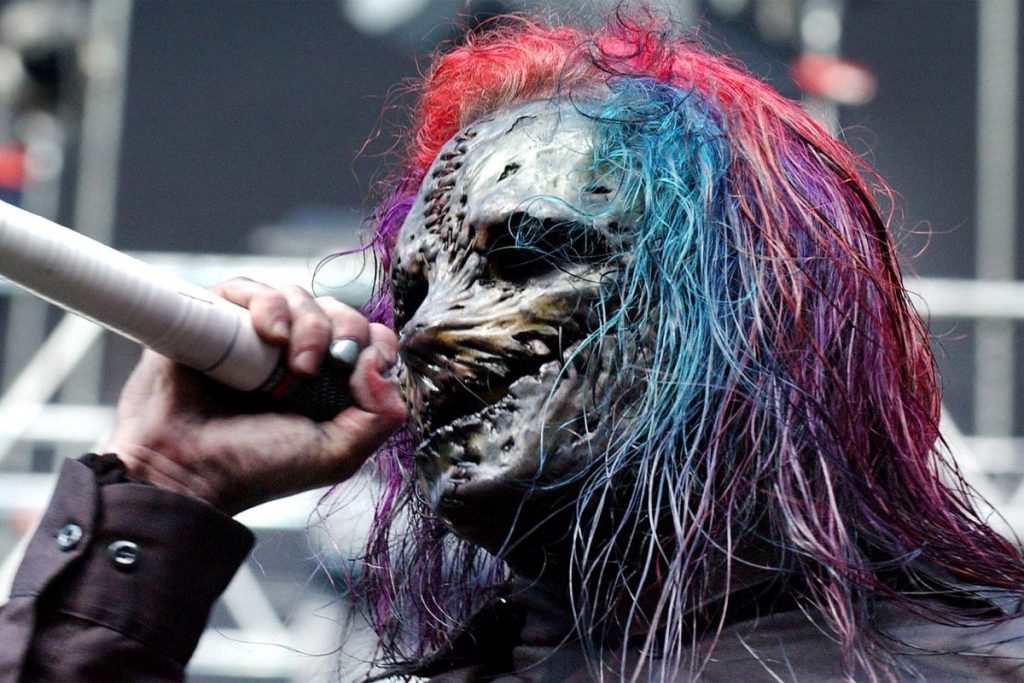 Slipknot and Marilyn Manson went on tour together in 2016 with Of Mice & Men, which began in Utah and ended in Iowa. The band and Manson got along well, but as you can probably guess, the rock and roll party life got crazier when the two musicians crossed paths.

Taylor had stated in a 2016 interview that he had a positive rivalry with Manson during the tour. However, it got out of hand when they had a grossing-out competition. He revealed that Marilyn Manson didn’t know how to respond when Taylor threw up in a cup and drank it.

Here is how he described that moment:

“I was pretty lit, pretty much for that whole tour. I do remember throwing up in a cup and drinking it in front of Manson, and he kind of freaked out. He didn’t really know how to take it. And then he ran into our dressing room in tighty-whitey underwear and kind of danced for us and kind of ran back out, and we were like, ‘What the fuck just happened?'”

He continued to talk about his rivalry that led to great sows by stating:

“We don’t really try to fuck with each other, and when we do, it gets really weird. At the same time, there’s a positive competition there that we both respond to. When we play with him, we watch him tear it down every night, and that just makes us want to tear it down every night, too. So there’s a mutual respect that goes along with that positive competition that will make for great shows no matter where we are. To me, that’s the best respect that you can show a fellow artist, especially someone you really enjoy what they do.”

Manson freaked out, but Taylor should take this reaction as a compliment because it is not easy to shock Manson. Marilyn had talked about Slipknot before the tour and said he liked the band since their first tour together in 2001. He praised their music and stated that they put a lot of chaos on stage. Apparently that chaos was what attracted the singer to go on another tour with them, and during that tour, he understood perfectly how freaky Corey Taylor could get.