The Pretty Reckless frontwomen Taylor Momsen had everything to prove when she started her music career just like any other rock star. However, the musician’s journey has something different than other rockers as she had an image to break thanks to her acting career that was filled with innocent and pure young girl roles. Lucky for her fans, Momsen managed to take a leap of faith and now a member of a successful rock band since 2009.

Despite there’s a generation who remembers Taylor Momson with her role in ‘How the Grinch Stole Christmas‘ and ‘Gossip Girl,‘ the musician was determined to focus on her music career and take control over her own life. After being an actor and model from an incredibly early age of two, Momsen decided to choose her own career and quit acting to pursue her dreams to become a musician. Let’s break down the story behind the singer’s way to the rock and roll world.

Taylor Momsen Started Her Career As An Actor 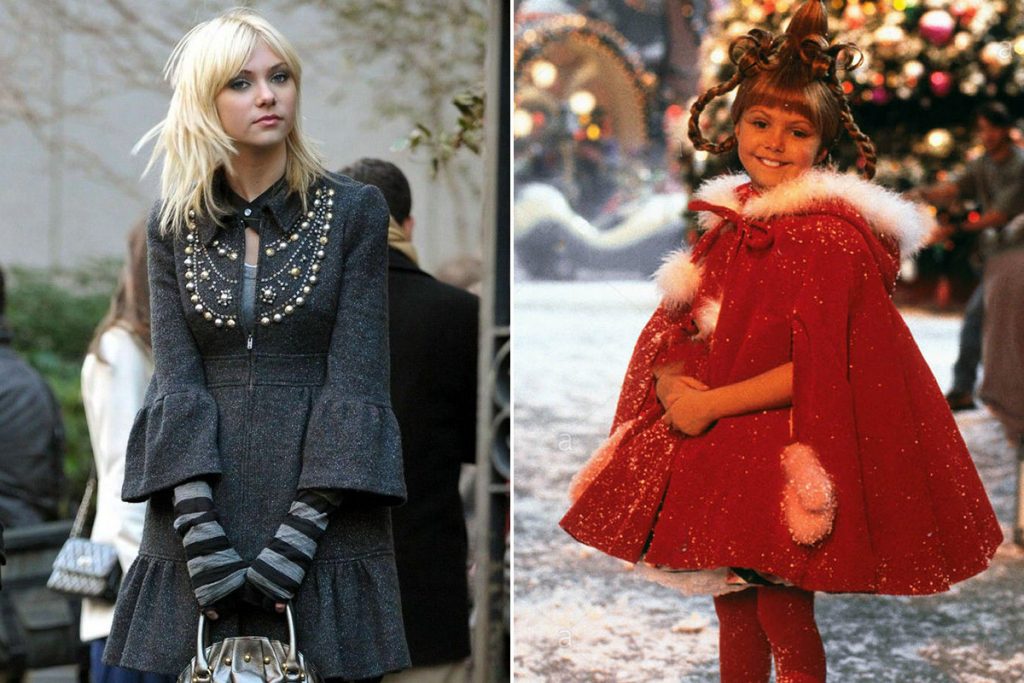 At the young age of seven, Taylor Momsen got her breakout role as Cindy Lou Who in the famous movie, ‘How the Grinch Stole Christmas’ in 2000. During an interview with Today last year, the Pretty Reckless frontwoman looked back on the time when she played Cindy Lou and stated that the movie first started her interest in music. While recalling those times with joy, Taylor Momsen sounded like she had a great time while filming despite her young age.

During the interview, Momsen stated:

“I’m in my bedroom singing ‘Where Are You Christmas’ with the flashlight. I mean, essentially, that was my first music video. So I always get a kick out of that. And I remember thinking that was a really fun scene to film.”

Two years later, Momsen appeared in two other movies when she played Gretel in ‘Hansel and Gretel,’ and Alexandra in ‘Spy Kids 2: The Islan of Lost Dreams.’ Despite her career came a pause for three years, the young actor managed to continue acting with multiple other movies such as ‘Saving Shiloh,’ ‘Under Dog,’ ‘Paranoid Park’ and even was in the top three for the lead role in Hannah Montana, however, the role was given to Miley Cyrus.

At the beginning of 2007, Taylor Momsen stepped into the world of ‘Gossip Girl’ phenomenon with her role as Jenny Humphrey. Despite having regular appearances for the first three seasons of the show, she started being spotted less and less by the time the fourth season aired.

That’s when fans started to notice Taylor Momsen’s upcoming departure from the show which ended with her leaving the series as a regular cast member after the completion of the fourth season in 2011. During an interview with Elle right after leaving the show, Momsen admitted her reason behind quit acting and it’s all about making music.

“I quit acting, actually. I quit Gossip Girl and now tour and am in a band and that’s pretty much all I want to do. Hopefully, I’ll be able to only do that for the rest of my life.”

Lucky for her fans, Taylor Momsen’s decision to give up on acting and focusing on her music career paid off and she now is a member of her own band, the Pretty Reckless, for the last decade. Momsen has been working with other female rock stars such as Halestorm frontwoman Lzzy Hale and Evanescence singer Amy Lee and living her rock and roll dream since then.

After retiring from acting, Taylor Momsen became the frontwoman for The Pretty Reckless in 2009. The band has released four studio albums to this date such as ‘Light Me Up,’ ‘Going to Hell,’ Who You Selling For,’ and most recently, ‘Death by Rock and Roll.’

The band released successful singles including ‘Make Me Wanna Die’ ‘Going To Hell,’ ‘Heaven Knows,’ and many more all of which found themselves a high place or first position on the US and UK rock charts. In addition to this, The Pretty Reckless became the first female-fronted band to have five No. 1 singles, according to Billboard. Talk about a good career choice.

You can listen to ‘Make Me Wanna Die’ and ‘Heaven Knows’ by the Pretty Reckless below.