The Who Member Geddy Lee Called ‘The Ultimate Rock Musician’

Geddy Lee joined Rush in 1968 at the request of his childhood friend Alex Lifeson and became a renowned musician as the band’s lead vocalist, bassist, and keyboardist. Lee replaced Jeff Jones who was the band’s original bassist and frontman. In the following years after he joined Rush, the award-winning musician became noted for his distinctive vocal style and bass-playing technique.

Lee became interested in music when he was around 10 years old, and he got his first acoustic guitar at the age of 14. In school, he first learned to play drums, trumpet, and clarinet. However, this wasn’t enough for him, so he took basic piano sessions. At that time period, his interest in rock music increased, and he was influenced by Cream, Jeff Beck, Procol Harum, Paul McCartney, and The Who. As it seems, he now considers one of the members of The Who as an ultimate rock musician. Let’s learn more about the musician Lee was talking about. 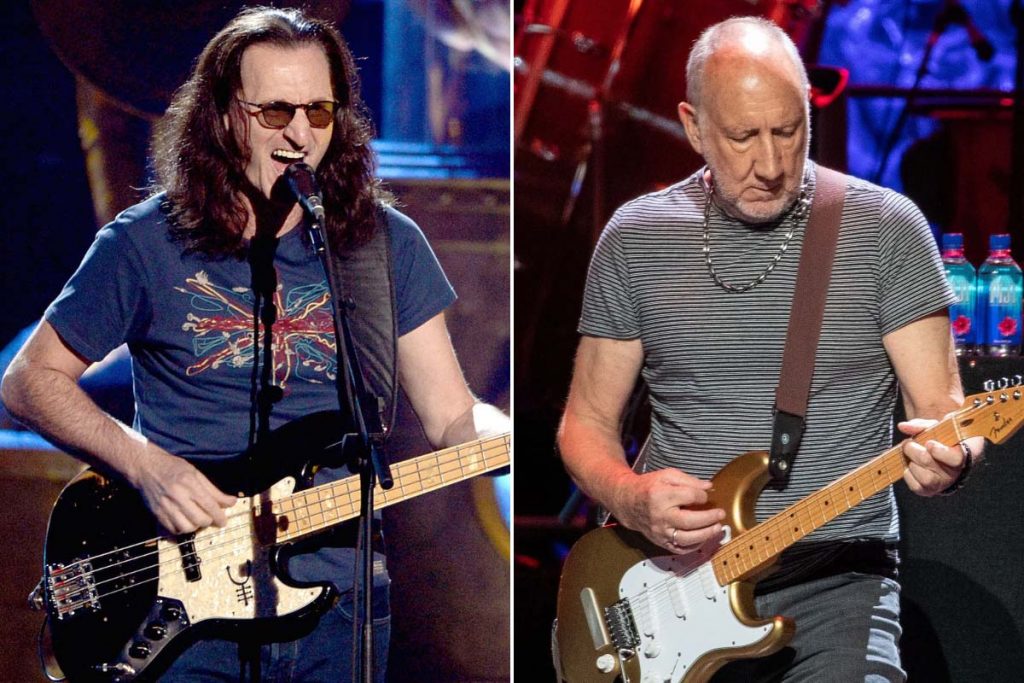 Back in 2012, Geddy Lee joined The Quietus for an interview in which he talked about his favorite music albums. At some point during the interview, he revealed that one of his favorite records belongs to The Who. Lee stated that The Who’s ‘Who’s Next’ album never left his turntable for many years, and it’s an album that shows The Who members at their creative peak.

According to Lee, the record transcends any notion of genre which is the ‘best thing to say about any band or album.’ Apart from sharing his thoughts about the album ‘Who’s Next,‘ Lee also stated that the albums he talked about in the article belong to the time he was beginning to discover what music was about as a musician.

In addition, Lee mentioned Pete Townshend and described him as the ultimate rock musician. As he said, Townshend is capable of expanding on a simple idea and taking it to somewhere else with his playing techniques, without losing its excitement.

During the interview with The Quietus, Geddy Lee said about ‘Who’s Next’ album the following:

“Many of these records happened to be during the period when I was just beginning to find my way, not just as a musician but beginning to discover what music was all about. Pete Townsend, for me, is arguably the ultimate rock musician. He can expand on a very simple idea and take it somewhere else, just by the power of his playing and it loses none of the initial excitement.

‘Who’s Next’ was one of those albums that never left my turntable for years. For me, it is the album that shows four great musicians touching their creative peak. It transcends any notion of genre. It just is what it is, which is the best thing you can say about any band, any album.“

‘Who’s Next’ is the fifth studio album of the Who back on August 14, 1971. As of now, the album’s singles, ‘Won’t Get Fooled Again’ and ‘Baba O’Riley,’ are still listened to by so many fans all around the world, and the album is considered as The Who’s best album. It seems that at that time, it was especially Pete Townshend who fascinated Geddy Lee with his musicianship.