The U2 Show That Is The Worst And Best At The Same Time, According To The Edge

Although bands prepare thoroughly for a long time before tours and live shows, they still may experience troubles while on stage. They might struggle with technical problems, their equipment might not work, or they simply might not be having a great day.

Sometimes, only one band member experiences such misfortunes, and the others carry out the show. However, that performance can still be entertaining enough for the fans at the night’s end. According to The Edge, one of U2’s shows can be a great example of that as it was the band’s worst and the best show.

Which U2 Show Was The Best And Worst? 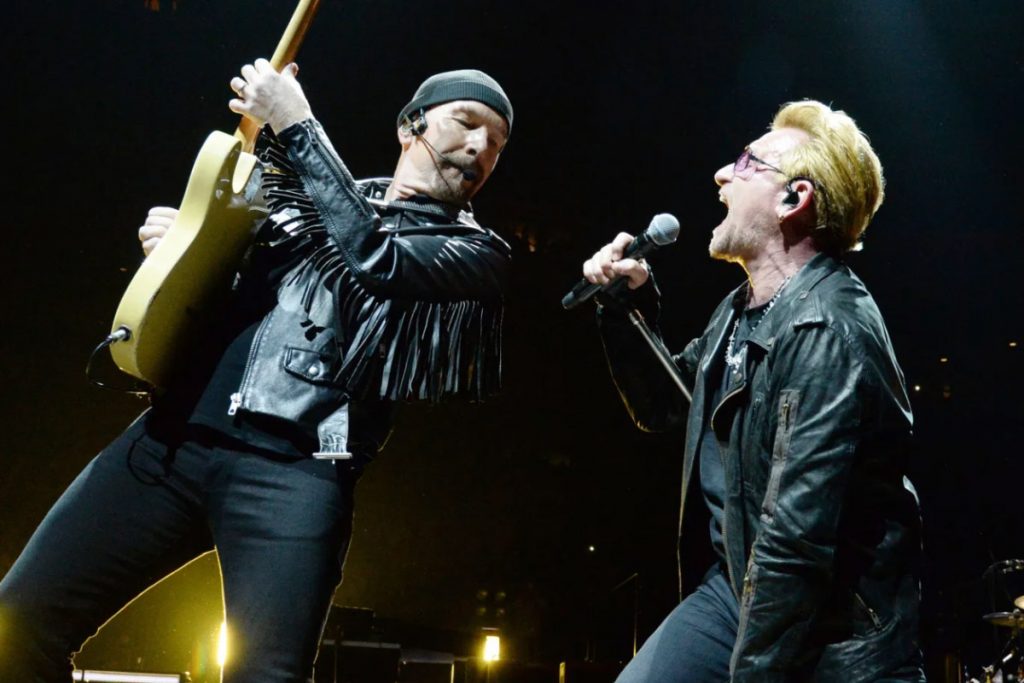 After releasing the album ‘No Line On The Horizon’ in February 2009, U2 embarked on the U2 360° Tour in June 2009. They visited Europe and North America throughout the tour but postponed the rest of the North American Leg in May 2010 due to Bono’s emergency back surgery.

U2 resumed the 360° Tour in August 2010 after Bono’s recovery, with legs in Europe, Australia, and New Zealand. At the end of the tour in July 2011, they set records for the highest-grossing concert tour with $736 million and the most tickets sold for a tour with 7.3 million.

In a 2009 interview with Contact Music, The Edge remembered the misfortunes he encountered during a show in Poland. He stated that he didn’t play well, had many technical problems, and was uncomfortable. However, according to The Edge, this was one of the best shows of the 360° Tour. Moreover, The Edge said that U2 had the best show in a long time, although there were problems. He then said he realized he didn’t matter in the band as his problems didn’t affect the tour’s course.

In the interview with Contact Music, The Edge said the following:

“Ironically, I had an awful show in Poland, personally. I didn’t play well, had lots of stupid technical problems, was just uncomfortable all night, and it was one of the best shows on the tour. You can also have the best show you’ve had for weeks, and the chemistry doesn’t go off for whatever reason. It’s humbling, in a good way, you realize, ‘Oh, I don’t really matter that much.'”

So, The Edge encountered some unpleasant problems while on stage in Poland. However, his bandmates carried out the show, and it ended up being one of the best shows of U2 during the 360° Tour.