Megadeth’s co-founder and bassist David Ellefson has been a highly popular figure in the metal scene for the past four decades due to his successful career with the band and his side projects such as F5 and Metal Allegiance. Although metal fans were used to seeing his name in news headlines as he’s an active musician and entrepreneur, they were surprised to come across his sex video. 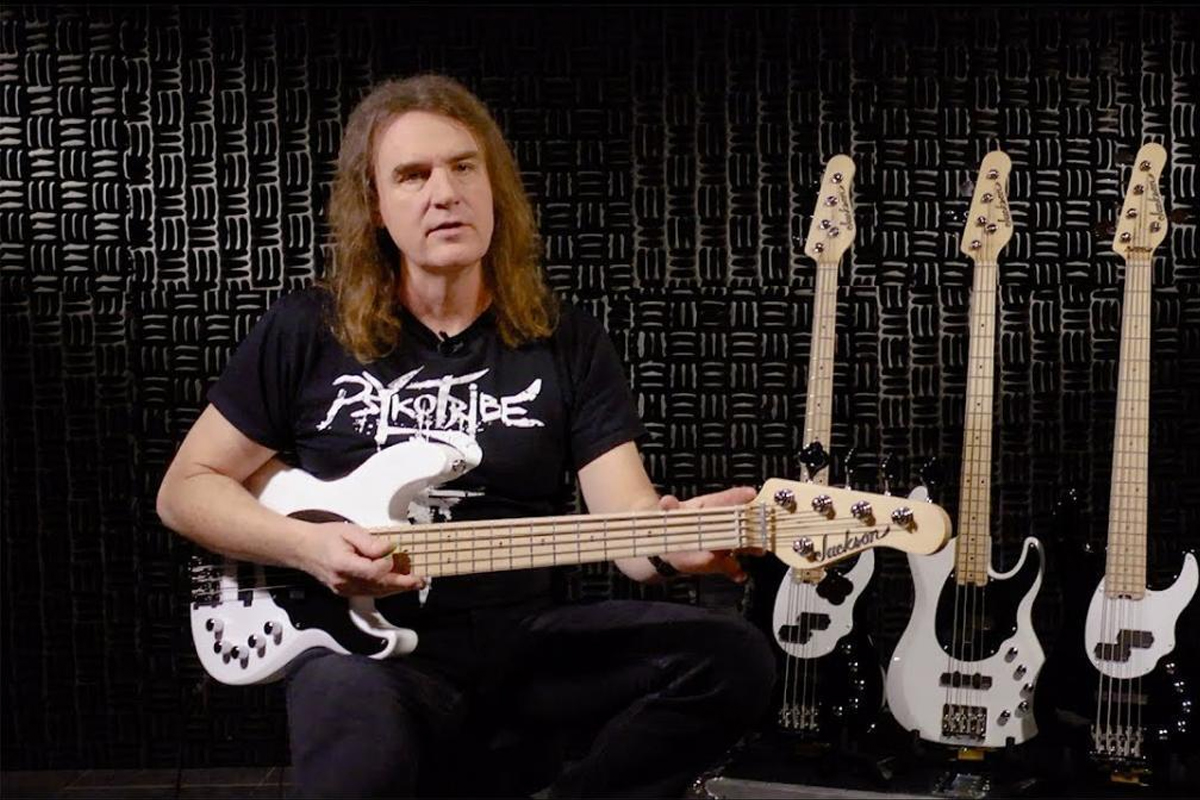 There were a lot of reasons why millions around the world slammed David Ellefson following this incident. To begin with, it was claimed that at the time that these interactions took place, the woman was underage, and thus, he was accused of pedophilia and child grooming. This came as a shock to everyone, as he was considered to be one of the most respected rockstars of all time.

In addition to that, the fact that the 56 years old musician has been married to Julie Foley since 1993, and that the couple has two children increased the bad comments he received. Ellefson, who’s also a Lutheran pastor and is known for starting a contemporary worship service at a church in Scottsdale called Mega Life, was also harshly criticized by the Christian community both because of having a sexual interaction with an underage girl, and because of infidelity.

What Did The Woman Who Was Involved In The Ellefson Sex Scandal Say?

A couple of days after the news broke, both Ellefson and the other party involved shared their messages from their social media accounts. Ellefson admitted that he did engage in those interactions and said that he’s not proud of them. He went on to say that they were leaked by a third party who was not authorized to have them and that they are being used against him to harm his reputation, career, and family.

Here’s what David Ellefson said in the caption of his post:

As you may or not know, some private and personal conversations and interactions have surfaced online, released with ill intention by a third party who was not authorized to have them or share them. While certainly embarrassing, I want to address it as openly and honestly as possible.

As much as it’s not something I’m proud of, these were private, adult interactions that were taken out of context and manipulated to inflict maximum damage to my reputation, my career, and family.

The other party involved has made a statement which you can see below. I thank her for doing so and hope that this clarifies that the situation was not at all as presented.”

In his message, he also included the statement that was made by the other party involved. The woman denied she was underage when those conversations took place and stressed that she was ‘always a consenting adult.’ She added that she was never groomed as she was the one to initiate this interaction and that her mistake was to be naive enough to share these recordings with a friend without his permission.

In addition to that, she said that a lot of people are taking the videos and messages out of context and leave out necessary information because they are ‘purposely trying to harm him.’ She finished her message by asking everyone to stop sharing those videos and messages as they spread misinformation which harms both the rockstar and her.

Here’s what the third part that Ellefson referred to said:

“I’m the girl people are talking about in the posts about David Ellefson right now and I just want to tell my side of the story because people are sharing misinformation and the situation is getting out of hand without the truth being out there. Yes, those video calls did happen, but I was the one to initiate them, and never was I underage, I was always a consenting adult. Nothing inappropriate ever happened before that.

It was all consensual, I’m not a victim and I have not been groomed in the slightest as I was the one to initiate it. I was just naive enough to record him and share it with a friend without his permission. In the end, it was all consensual and all online. I don’t know how it got to this point, but a lot of information is being left out by the people purposely trying to harm him. I would ask that anyone sharing these personal private videos or any misinformation about them to please stop.”

How Did Megadeth And Dave Mustaine React To David Ellefson’s Sex Scandal? 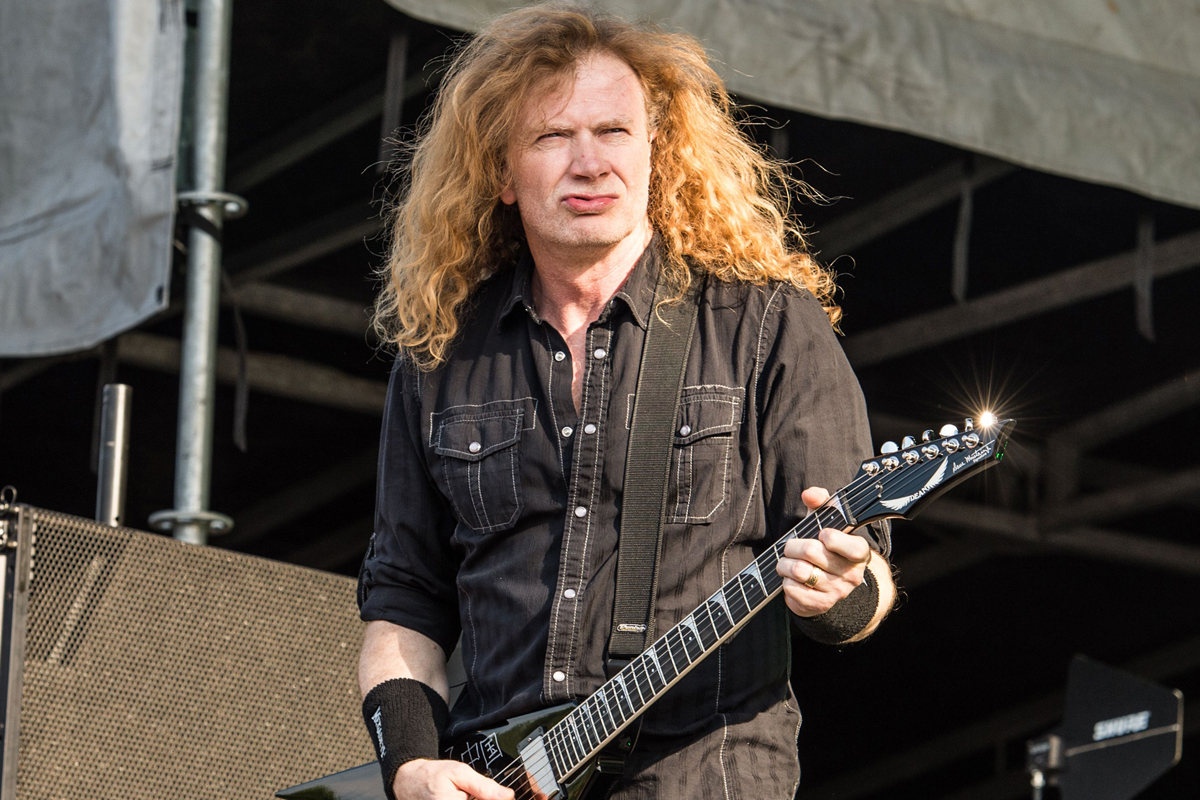 Here’s one of the memes:

Which brings us to the statement released under Megadeth’s name but everyone knows was from the band’s mastermind Dave Mustaine. Following the bombshell, Megadeth posted an official statement in which they didn’t back up the band’s bassist but rather assured their fans that they are ‘watching developments closely.’

The statement also said that although Megadeth members know each other quite well professionally, ‘there are clearly aspects of David’s private life that he has kept to himself.’ The cynicism hidden between the lines instigated the rumors that Dave Mustaine is considering firing the band’s bassist and that he made this statement just to earn some time, but there haven’t been any updates since then.

Here’s what Megadeth said in their statement:

“We are aware of the recent statements regarding David Ellefson, and are watching developments closely.

As it relates to creativity and business, we are all familiar with one another. However, there are clearly aspects of David’s private life that he has kept to himself.

As this situation unfolds, it is important that all voices be heard clearly and respectfully. We look forward to the truth coming to light.”

Although it’s been a week now, there haven’t been any new statements released and even though Ellefson is considered to be an irreplaceable member of Megadeth, the extent of how much this sex scandal will harm his career, reputation, and family will be clear in the upcoming weeks.

You can check out Megadeth’s official statement below.