Bon Jovi frontman Jon Bon Jovi is without a doubt one of the most powerful and influential artists in music history thanks to his career that spans over nearly five decades including monumental records such as ‘These Days,’ ‘New Jersey,’ and ‘Slippery When Wet.’ Being the successful musician he is, Jon Bon Jovi’s upbringing and background have been a matter of curiosity for his fans and there’s one surprising fact in his family tree.

Although the whole world recognizes the successful musician as the charismatic and talented vocalist of Bon Jovi, who grew up in an ordinary household and relatives, Jon Bon Jovi is actually related to one of the greatest musical artists of the 20th century, Frank Sinatra. Let’s dive into the story behind this unexpected fact about both iconic musicians. 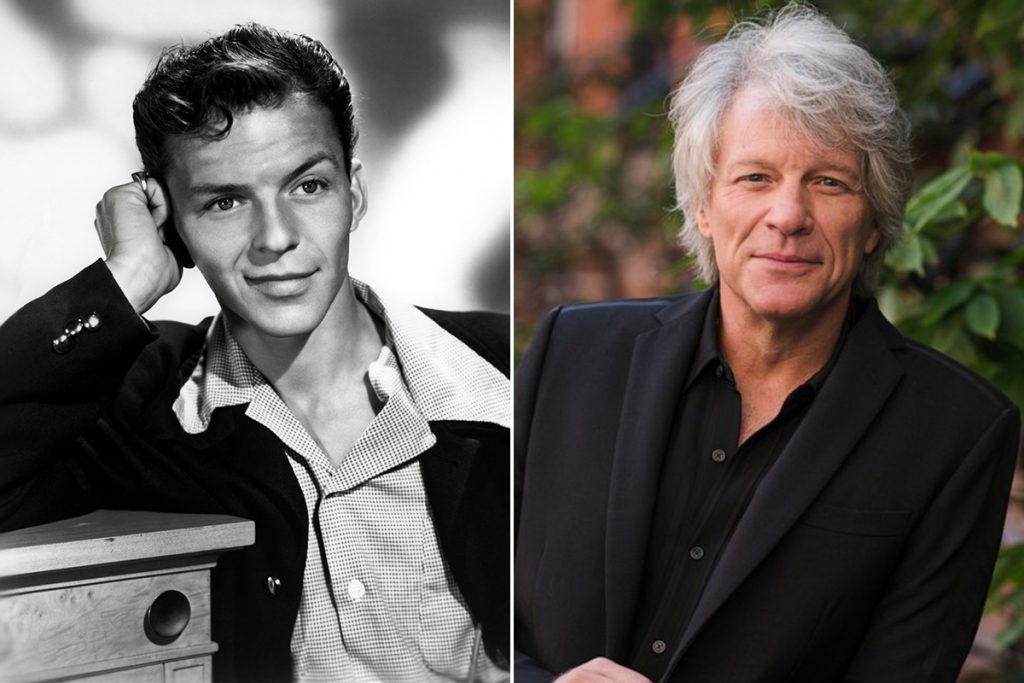 The childhood of Jon Bon Jovi sounds pretty common at first glimpse. The musician was born in Perth Amboy, New Jersey, as a son of two former Marines, barber John Francis Bongiovi Sr. and former Playboy Bunny Carol Sharkey, and he has two brothers, Anthony and Matthew. His father was of Italian and Slovak ancestry, and his mother is of German and Russian descent.

Sounds pretty normal so far, however, Bon Jovi’s frontman once revealed an unexpected fact about his family during an interview with Spin Magazine in May 1998. According to his statement, Jon Bon Jovi is a blood relative of Frank Sinatra who is one of the best-selling, most influential, and greatest music artists of all time. Apparently, Sinatra was Bon Jovi’s great uncle on his father’s side.

As a matter of fact, during an interview with ExtraTv on February 11, 2018, Jon Bon Jovi revealed that he had a picture of his great uncle Frank Sinatra that he used to keep backstage at Bon Jovi shows for years, however, he has retired the picture recently.

During the interview, Bon Jovi stated:

“There was a picture of Sinatra that I kept in the quick change for years and years, but I’ve retired him just recently.”

Furthermore, the Bon Jovi frontman opens up about his admiration to Sinatra whenever he has the chance during interviews. He once stated during an interview on October 5, 2016, with Howard Stern that one of his regrets in his life is never meeting Frank Sinatra since he’s the main inspiration behind his music.

“I emulate a lot of what I do after Frank. I have very, very, very few regrets. I wish I’d met him. That’s the one regret.”

Although his fans were extremely surprised to hear the fact that Jon Bon Jovi and Frank Sinatra are relatives, it made sense mainly due to the resemblance which is uncanny once they think about it, the piercing blue eyes, a capturing smile, same fair brown hairs, and an incredible talent for music. It’s also great to see the admiration Bon Jovi has for his great uncle who happens to be the ‘Ol’ Blue Eyes.’