Unlike many other rock icons, KISS bassist Gene Simmons didn’t have an infamous love life filled with countless emotional and sexual affairs. However, that doesn’t mean the Demon didn’t have any exciting experiences as he once created a love triangle that included two successful musicians, Cher and Diana Ross.

As some of you might know, Gene Simmons started dating former Canadian Playboy Mate and actress Shannon Lee Tweed in 1983. The couple waited for 28 years to get married, and the musician joked about this and said they have been ‘happily unmarried’ for nearly two decades. They have two children named Nick, born on January 22, 1989, and Sophie, born July 7, 1992.

Before his long-term relationship with Shannon Lee Tweed, KISS’ demon was primarily known for the crazy love triangle he had with two well-known stars at the time, Cher and her best friend, Diana Ross. While dating Cher, the rocker fell in love with her then-close friend Diana Ross and eventually broke up with the former. Let’s take a closer look into the messy love drama together. 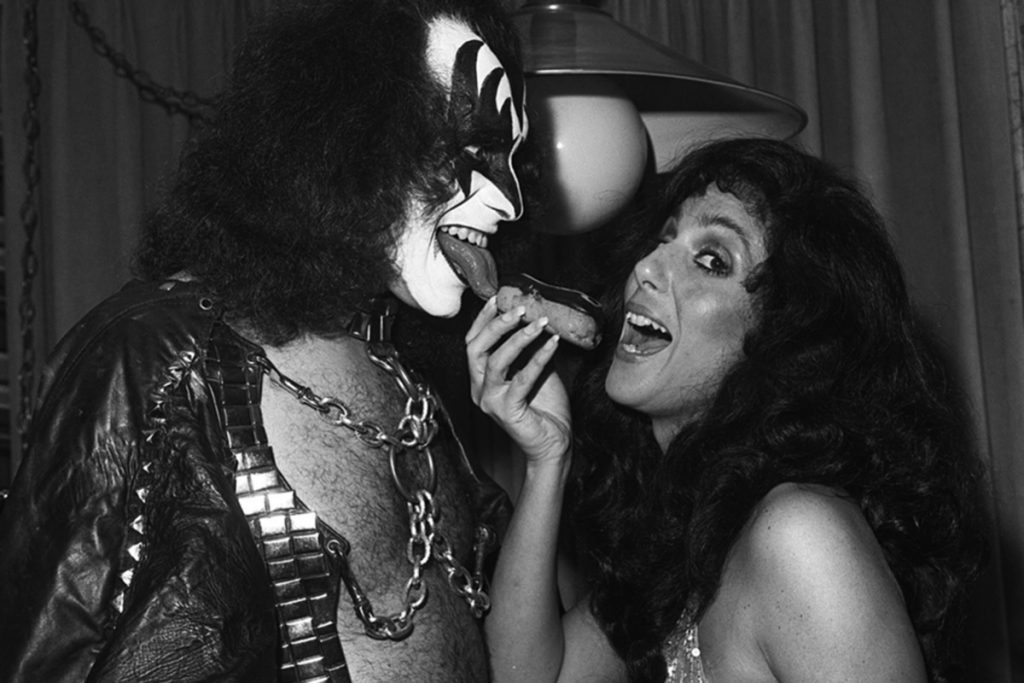 Gene Simmons and Cher began dating around 1978, and their relationship lasted for several years. They have multiple photos from the time they had a love affair in which they look delighted and in love. Both sides were okay to have an open relationship and saw other people during their time together. Yet, it didn’t affect their devotion and love, and both sides still remember the relationship fondly.

During an interview with People Magazine back in 1979, both Gene and Cher opened up about their relationship and praised each other’s company. Cher stated that despite seeing other men, the KISS singer is the only one she is crazy about. The rocker also expressed how much he loves the musician and admitted that Cher is his first love ever.

During the interview, Gene Simmons stated:

“I’m crazy about Cher, nuts about her. She’s my first love. Cher’s an untainted soul who has never done anything bad to anybody.”

The couple also lived together, and Gene Simmons didn’t mind hosting Cher’s children in the house. While it looked like they were going to live happily ever, things took a sharp turn when the rocker fell for another woman. That woman was Cher’s best friend, Diana Ross, and Cher introduced them. During an interview with The Mirror back in 2015, the KISS bassist recalled when he broke up with Cher and revealed that he fell in love with Diana Ross while dating Cher. Furthermore, the two met thanks to Cher when the musician advised Simmons to go Christmas shopping with Ross to buy her a gift.

Due to considering Diana Ross her best friend, Cher thought it would be a good idea to send her close friend with her boyfriend to buy a present for her. While innocently thinking her friend would help Simmons with gift ideas, the two instantly developed feelings for each other and eventually began dating.

In his own words, Simmons said:

“One Christmas I asked her what I should buy her and she said, ‘Call my friend Diana Ross, she will tell you exactly what I like as she is my best friend.’ So, I called Diana up, and we went shopping. Then our feelings for each other developed very fast, and we started a relationship together. I guess thereafter Cher and Diana never spoke.”

Although the KISS icon thought the two friends haven’t talked to each other since then, they remained friends, and fans love seeing that a man didn’t get into the way of their friendship. Gene Simmons also considers two successful female artists as his friends. However, they have never been spotted together, most likely due to the rocker’s wife, Shannon Lee Tweed, who has spoken about her disturbance about Simmons’ previous relationships.