The Tragic Truth About The Beginning Of Geddy Lee’s Life

Geddy Lee is a Canadian musician and singer-songwriter best known for his musical efforts in the band Rush as the lead vocalist, bassist, and keyboardist. He joined Rush back in September 1968 after Alex Lifeson’s request to replace the band’s original bassist and frontman Jeff Jones. The award-winning musician also inspired many rock artists to play the bass, such as Metallica’s Cliff Burton, or Iron Maiden’s Steve Harris.

Although he enjoyed great success with his music career, Geddy Lee’s childhood was not very happy. As you might know, Lee’s parents were Holocaust survivors who met in a Nazi work camp during the war. They also experienced the horror of Auschwitz, Dachau, and Bergen-Belsen concentration camps during the Holocaust and WWII. The musician was no wonder affected by his parent’s past experiences, leaving its marks on Lee’s musical career. On July 29, 1954, Geddy Lee was born in Toronto to Morris Weinrib and Mary ‘Manya’ Rubinstein. Both of his parents were Holocaust survivors from Poland who met in the Nazi ghettos in Starachowice. Lee’s parents experienced the horror of Auschwitz when they were just in their teens. After some time, Lee’s mother was transferred to Bergen-Belsen while his father went to Dachau.

Four years later, the war ended, and the Allies liberated the concentration camps. Following that, Morris searched for Manya and found her at a Bergen-Belsen displaced persons camp. After reuniting, the pair got married and emigrated to Canada, where Geddy was born. Sadly, Lee’s father and mother are not with us today.

Deeply affected by his parents’ past to this day, Geddy Lee often recalls what they endured back then. The musician also keeps their memories alive by sharing old photos and telling their story to his followers on his social media accounts. Speaking to Shelli Sonstein on Q104.3 New York’s Sonstein Sunday, Geddy recalled the horrific experiences of his parents and said his grandmother kept his family alive back there in the camps.

“My mum and dad were in Auschwitz for a couple of years. How they survived in there I don’t know. My dad was transferred out of Auschwitz before my mother was. My mother, her sister, and their mother survived together in Auschwitz. The soldiers would line them up every day. They would go ‘left, right, left, right.’ If you went in one direction, you went to the gas chambers, if you went in the other direction, you went to work.

After that, Geddy Lee talked about the following years he spent with his mother. He said that his mother would often talk about the war and what happened to them there. The musician then added his mother had this idea that they had to keep their family together as terrible things can happen.

Moreover, Lee admitted that what his mother told them gave him and his brother and sister nightmares, so they grew up with the same horror their mother survived. However, the musician claimed this helped him to get a better perspective on things.

“My earliest memories were my mother talking about the war and talking about Hitler and talking about what had happened to her family. My dad was not a big talker about that period, and he passed away when I was about 12 years old. But I remember my mother constantly reinforcing the idea that we had to keep the family together because these terrible things can happen.

My mother believed in sharing everything she experienced. Now, it gave me nightmares as a child, and I’m sure my brother and sister had the same thing. My brother was too young to remember a lot of this. But my sister is two years older than me. So we grew up with the same horror that our mother had survived, and we felt blessed that we still had her in our lives.

Some parents don’t like to re-live the past. I’m thankful my mother wasn’t afraid to do that because I grew up with a better perspective on things.”

It is no surprise that this kind of horrific experience affected Lee throughout his life. In fact, there is even a Rush song that was inspired by what his mother went through in the Holocaust. 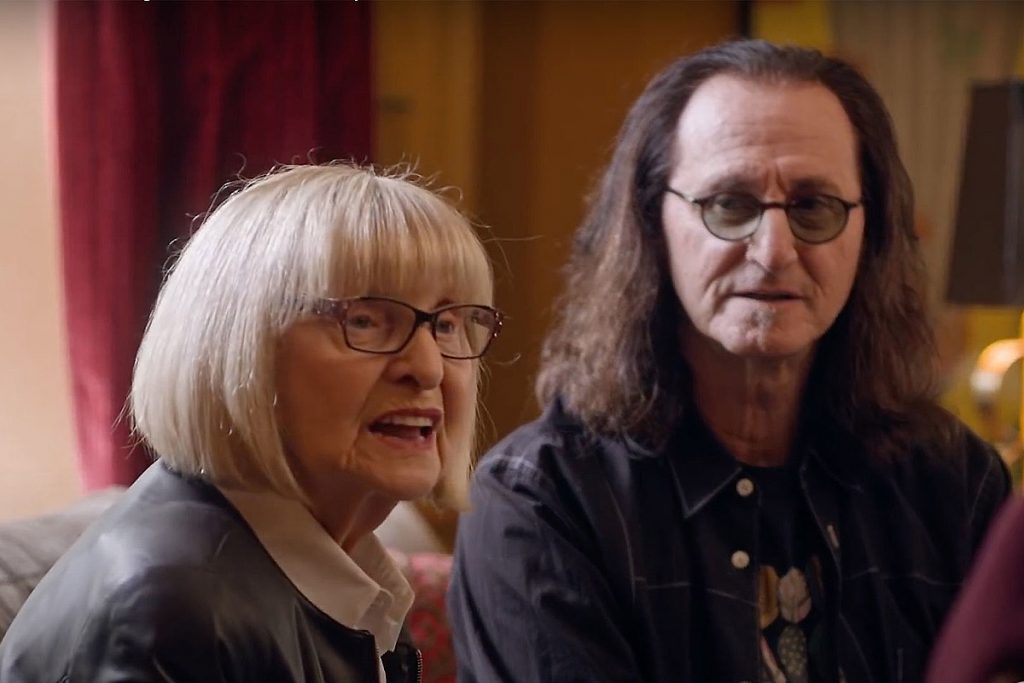 As you know, Geddy Lee joined Rush after Alex Lifeson’s request back in 1968. Following Rush’s wide commercial success, Lee told the band’s drummer and lyricist Neil Peart about his mother’s tragic story. Peart wrote the lyrics of the song ‘Red Sector A’ which was featured in the band’s tenth album, ‘Grace Under Pressure.’ Inspired by Lee’s mother’s Holocaust experiences, the song’s music was also composed by Lee.

“I hear the sound of gunfire at the prison gate. / Are the liberators here?

Do I hope or do I fear? / For my father and my brother, it’s too late.

But I must help my mother stand up straight.”

You can check out the interview where Geddy Lee talked about his parent’s life story as well as the Rush song ‘Red Sector A’ below.