The Tragic Story Of How Tony Iommi Lost His Fingers

Iconic heavy metal band, Black Sabbath lead guitarist and co-founder, Tony Iommi has been known as the godfather of heavy metal with his unique way of playing also called ‘Paranoid’ guitar riff. He is on number 25 in Rolling Stone magazine’s list of the 100 Greatest Guitarists of All Time. There is a very tragic story behind Iommi’s creation of his own style which became a milestone moment in the history of heavy metal.

Tony Iommi’s greatest passion was always playing guitar. But until he established a commercially successful career, he worked in different jobs. When he was seventeen years old, Iommi was working in a sheet metal factory, and the machine that he used was a very dangerous one. He wasn’t trained to use the machine and this led him to carry unforgettable scars for his whole life.

What Happened After Tony Iommi Lost His Fingers? In the tragic accident, Iommi’s two fingers from his right hand were sliced off, and he stuck plastic tips on his finger. He was very devastated after the accident because he thought that he would never play his guitar. He first wanted to quit playing guitars but he was encouraged by his mother and factory manager who told him the story of Django Reinhardt who continued to play guitar after he lost his fingers.

Here’s what Iommi said about his decision:

“It became a burden. Some people believe the accident invented heavy metal. It helped me invent a new kind of music. I play a new sound and a different style of playing, and a different sort of music. Really, it turned out to be a good thing off a bad thing. But I don’t know whether it did. It’s just something I’ve had to learn to live with. It affects your playing style; you can’t feel the strings, and there are certain chords I can’t play. Right at the beginning, I was told by doctors: ‘You won’t be playing guitar.’ But I believed I could do it, and I did.“

As it can be understood from his statement, he continued to play using his right hand and to use lighter gauge guitar strings. The loss of his fingers ended up as one of the most unique ways of playing guitar that made him the godfather of the heavy metal genre. So, a great tragedy led to the born of an iconic heavy metal guitarist, Black Sabbath’s Tony Iommi.

You can see the photo of Iommi’s plastic fingertips below. 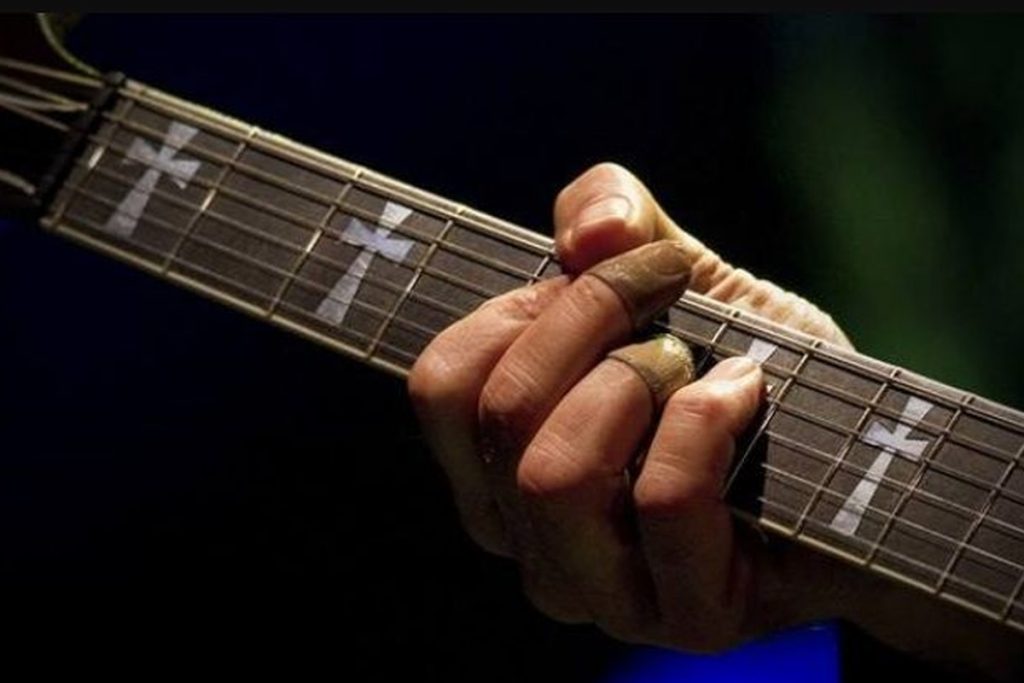