Dave Grohl made a name for himself as the drummer of Nirvana and the founder of Foo Fighters. When he was 17 years old, Grohl joined the punk rock band Scream as the drummer and replaced Kent Stax. Following the departure of their bassist, Scream unexpectedly disbanded during one of their tours, and Grohl then auditioned for Nirvana.

Soon after that, he joined the iconic grunge rock band. At the time the drummer joined Nirvana, they had already recorded several demos. In 1991, the band entered the studio to record their iconic album ‘Nevermind.’ Upon its release, the record became an unexpected worldwide success.

Gradually, Grohl’s contributions to Nirvana in terms of songwriting increased. With Kurt Cobain, he worked on a song named ‘Color Pictures Of A Marigold,’ and in the 2014 episode of ‘Foo Fighters: Sonic Highways,’ Dave recalled that Kurt kissed him when he heard the demo of ‘Alone + Easy Target.’ So, the pair had a close relationship both musically and in terms of friendship.

Just before their 1994 European tour, the band scheduled a session at a studio in Seattle to work on demos. Cobain was absent throughout their time working in the studio. Thus, Dave and Novoselic worked on the songs together. After Kurt finally joined them, they recorded a demo for the song ‘You Know You’re Right,’ which was Nirvana’s final studio recording. 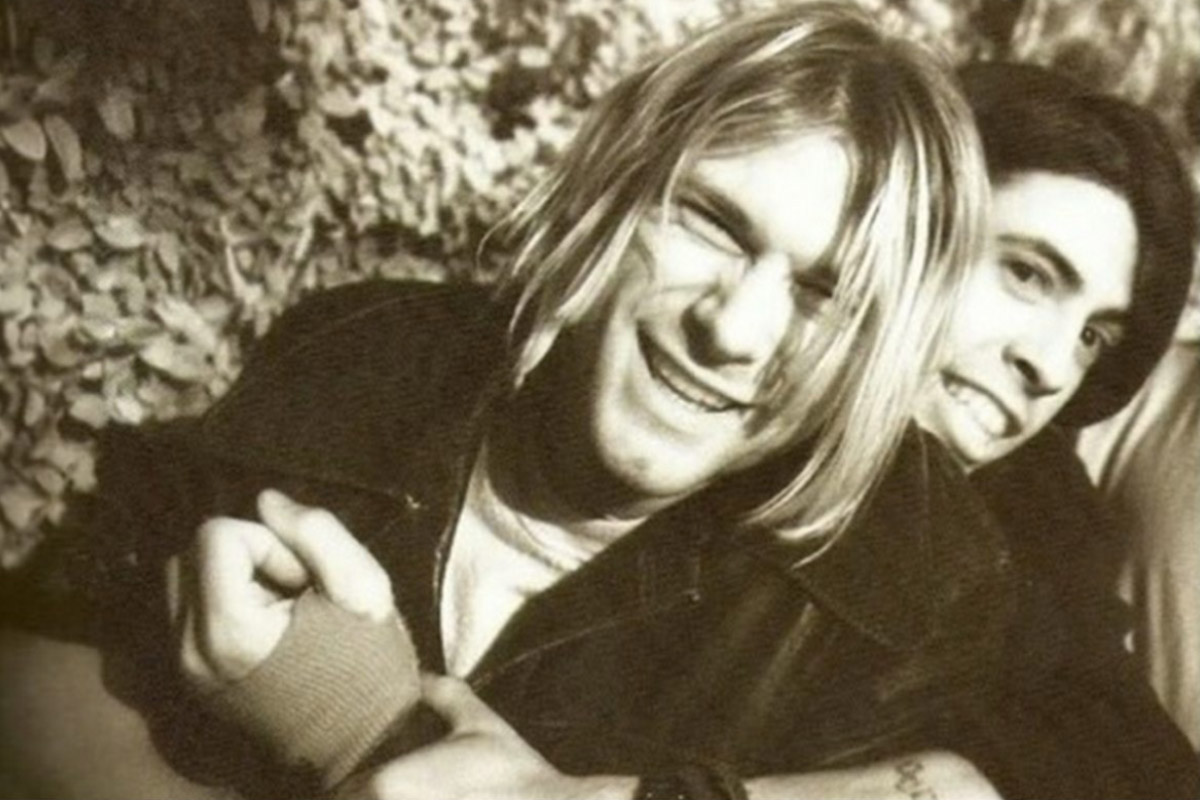 Back in those days, Cobain struggled with heroin addiction and depression while trying to deal with the pressure of fame and his tumultuous relationship with Courtney Love. In March 1994, the rock icon overdosed on champagne and Rohypnol but was rushed to the hospital by Love just in time. Following that, on April 8, 1994, Kurt committed suicide by shooting himself in the head with a shotgun.

In an interview with BBC, Grohl recalled what he felt after Cobain’s tragic death. He said that he was shaken and unsure of what to do next. As it appears, Dave was quite traumatized by the unexpected death of his close friend and bandmate Kurt Cobain.

“I didn’t really have a plan. When everything’s sort of turned upside down and shaken up like that, you just wake up every day thinking, ‘Who am I, where am I, what am I doing?’

I remember the day after Kurt died, how strange it felt to wake up knowing he wasn’t with us anymore and that I had another day. Like, okay, so what am I going to do with today? I believe it was then that I started to realize, ‘Oh, okay, you have to do everything once again.’

So, according to what he said in the interview, Grohl felt quite depressed following the loss of Nirvana’s frontman. When he regained his mental strength, the musician formed the band Foo Fighters as a solo project in 1994 and released the band’s debut album in 1995.

In an interview with Rolling Stone, Dave Grohl talked about how spending time with Cobain felt like. The musician reflected on Cobain’s emotional struggles but added that he had a genuine and sweet nature. Grohl then said living with him in the apartment in Washington created an unbreakable bond between the two, and their relationship was quite different from Cobain’s relationship with Novoselic.

“Living with Kurt was funny. He isolated himself in a lot of ways, emotionally. But he had a genuine, sweet nature. He never intentionally made you feel uncomfortable. Living with him in that tiny apartment in Olympia, Washington, there was some sort of bond. But it was much different than his relationship with Krist Novoselic.”

In the same interview, Grohl recalled the last time he saw Kurt Cobain. According to the musician, their final encounter was a brief one. He recalled that he called Cobain in Rome in March 1994 following his drug overdose. Dave then added that he told Cobain he scared everyone, and he does not want him to die.

Following that, the Foo Fighters frontman said that he saw Cobain at their accountant’s office in Seattle. According to Grohl, the rock icon smiled at him while asking him what’s up. Then, he told Kurt he will call him, and the late icon said okay.

Dave Grohl recalled the last time he encountered Cobain as:

“I called Kurt after Rome. I said, ‘Hey, man, that really scared everybody. And I don’t want you to die.’ Then I saw him at our accountant’s office [in Seattle]. He was walking out as I was walking in. He smiled and said, ‘Hey, what’s up?’ And I said, ‘I’ll give you a call.’ And he said, ‘Okay.'”

Below you can also check out what Dave Grohl said in an interview about Kurt Cobain’s death.