The Time Ozzy Osbourne Was Nearly Stabbed Like George Harrison And Lost His €2.8 Million Worth Jewellery

Former Black Sabbath frontman Ozzy Osbourne was known not only for his extraordinary career as a vocalist but also for his crazy stories which were full of feuds, near-death experiences, even biting a bat. Most of these strange moments took place during either his iconic stage performances or tours however one of them happened at his house in England in which he has been living with his family for a long time.

Osbourne’s gorgeous mansion drew the great attention of his fans but it also led to becoming a target of the thieves due to the fame of the house. Two burglars had broken into his house in Chalfont St Peter, Buckinghamshire, on November 23, 2004. This unfortunate incident made Osbourne feel regretful about living in England by comparing it to Los Angeles where the crime rates have been very high for a long time.

What Happened After The Burglars Broke Into Ozzy Osbourne’s House? 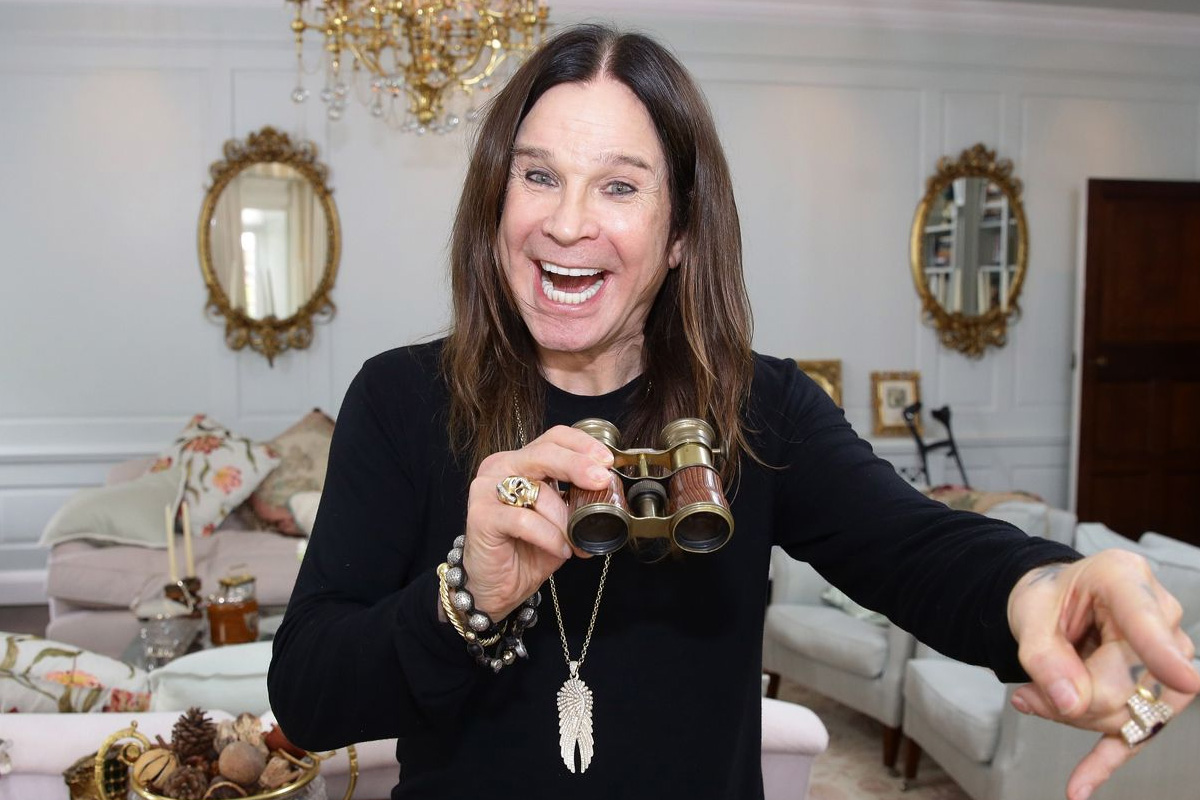 The night when two burglars forcibly entered Osbourne’s mansion was described as scary and devastating for both Ozzy Osbourne and his wife Sharon. The thieves stole €2.8 million worth of jewelry including very precious and special ones for the couple such as their wedding bands, diamond daisy chain necklace which was a gift from Osbourne for their twentieth anniversary along with the rings bought as investments for their children.

Sharon Osbourne said in the interview that:

“I came from Brixton, Ozzy came from not a very nice part of Birmingham and everything we have, we have worked our arses off for.

If I choose to make an investment for my kids in whatever way I choose to make it, that’s my business. I worked for every goddamn penny. When somebody comes who hasn’t worked and wants to take what’s yours, you know, it pisses me off big time.”

Sharon Osbourne stated that they worked so hard to gain such a fortune and she was very angry about two criminals could take their precious jewelry so easily. The burglar actually couldn’t take them very easily because Ozzy Osbourne struggled with one of them to prevent burglary and to catch them before they ran away. Later, he described this struggle as a very bold and rapid decision that could cause a serious injury such as being stabbed.

As it can be understood from his statement, Ozzy Osbourne was grateful for not getting stabbed like The Beatles’ George Harrison who was attacked with a knife by a 34-year-old man who was diagnosed with paranoid schizophrenia and injured very badly. Later Osbourne called the police and announced that they would give a reward for reporting the thieves. However, the burglars couldn’t be found and Ozzy and Sharon Osbourne lost their precious jewelry for good.