Guns N’ Roses lead guitarist Slash once opened up about the relationship her mother Ola Hudson and the legendary musician David Bowie had during an interview with Triple M 9 years ago, apparently, little Saul Hudson walked in on her mother and Bowie while the two were naked.

As many of you know, Slash’s mother Ola Hudson was a fashion designer and costumier who designed costumes for numerous well-known musicians such as Diana Ross, Janet Jackson, John Lennon, Ringo Starr, and more. Ola’s designs are in the permanent collection of the Metropolitan Museum of Art since she created a number of iconic looks for these artists and more in her time.

Did Slash’s Mother And David Bowie Have An Affair? 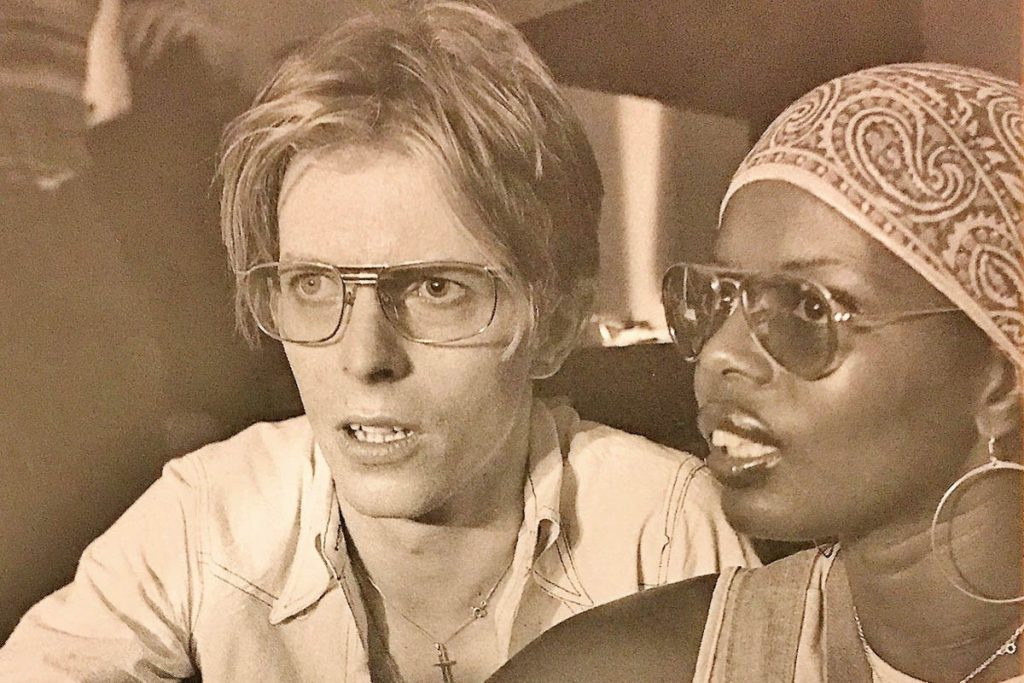 Despite Ola Hudson designed for several legendary musicians, the most famous looks were designed for none other than the icon himself, David Bowie to whom Ola created the black pants and waistcoat for Thin White Duke look in 1976. However, despite the two started working in the mid-1970s professionally, Ola and David started having a romantic relationship for some time which is an incident that has been mention throughout Slash’s career.

During an interview back in 2012, the legendary guitarist Slash opened up about the relationship her mother and iconic singer David Bowie had when he was basically a child. Apparently, Bowie was always with Ola Hudson after starting a professional relationship over clothing which wasn’t about a romantic relationship at first, according to Slash.

However, despite not understanding at first giving that Guns N’ Roses guitarist was only 8 years old at the time, her mother and David Bowie started growing a more intimate relationship, furthermore, little Saul Hudson caught the two naked one time which must be an embarrassing memory for a child but hilarious one for the legendary guitarist Slash.

Here is what Slash said:

“My mum started working with David professionally at first. I’m pretty sure that’s how it started. Then it turned into some sort of mysterious romance that went on for a while after that. She did his wardrobe for his whole Thin White Duke period and The Man Who Fell To Earth movie that he did. She did all that and he was around for a while.

He was always over – they were always together. I caught them naked once. They had a lot of stuff going on, but my perspective was limited. Looking back on it, I know exactly what was going on. When I look back on that whole combination of people, I can only imagine how freaky it was.”