Eric Clapton is known to be one of the most successful stars in the history of rock and he’s often praised for his astounding songwriting skills and gift as a guitar player. With a career that spans almost six decades, Eric Clapton has received 18 Grammy Awards and sold over 100 million records, which makes him one of the best-selling musicians of all time.

However, his life hasn’t always been all sunshine and rainbows, and although most of us think that attention and fame are fun, that’s not always the case. As you may recall, a couple of months ago we’d told the story of Eric Clapton’s son Conor’s passing. Clapton’s son with Lory Del Santo was born in 1986 but left his loved ones at the age of four, after falling out his bedroom window from the 53rd floor.

How Did Eric Clapton Deal With His Son Conor’s Passing? 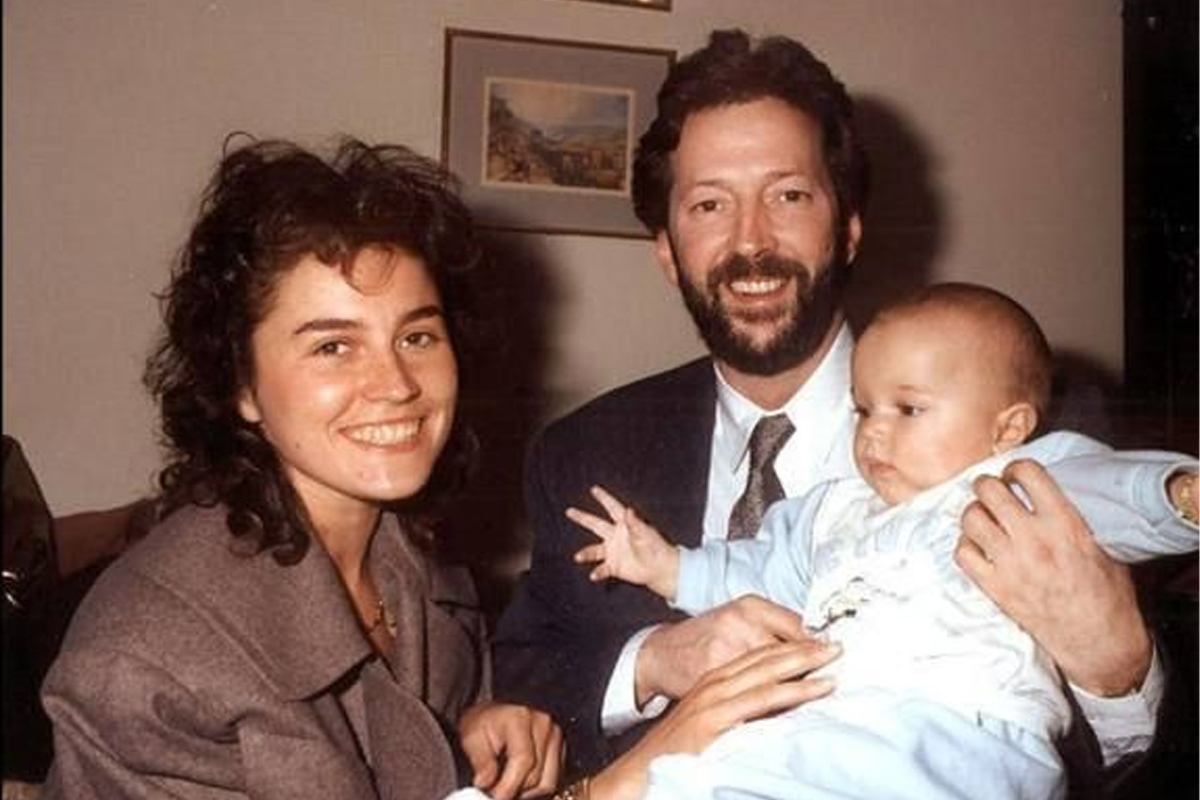 As you can imagine, little Conor’s passing was very traumatizing for both his parents and following his death, Eric Clapton made multiple public announcements warning parents about the importance of childproofing all windows and staircases. It took him some time to get over Conor’s passing and Clapton wrote ‘Tears In Heaven‘ in memory of his little angel.

Under the YouTube video of the song, a fan told the story of how Eric Clapton visited their parents’ diner shortly after his son’s death. The fan said that the waitresses had been excitedly gathering at the back trying to make sure that it was the famous rockstar, but as soon as the narrator’s father realized what was going on, he rushed to the waitresses.

She told them that he’d lost his son just the other day and that it would be best if everyone just gave him some space and let him eat in peace. After finishing his meal, Clapton stood up and left the diner. The woman that was with him stayed and told the waitress ‘he is who you think he is, he says thank you for giving him peace‘ and left them an autographed napkin and a $50 tip.

“Shortly after the death of his son, Eric Clapton stopped at the diner my parents owned in a small town in Minnesota for some pie. The waitresses were all crowding around the back trying to make sure if it was him or not. My dad went up and saw the situation, told the waitresses that he’d just lost his son the other day, and told them to leave him alone.

After he left, the woman Eric was seated with stayed and told the waitress ‘he is who you think he is, he says thank you for giving him peace‘ and they left an autographed napkin and a $50 tip.”

You can check out the comment and listen to ‘Tears In Heaven‘ below.