Former Guns N’ Roses co-founder and rhythm guitarist Izzy Stradlin had a remarkable tenure with the band from its formation in March 1985, to his last show on August 31, 1991, at Wembley Stadium. During his time with the band, the musician recorded the first four studio albums and he was the key songwriter for many classics such as ‘Patience,’ ‘Don’t Cry,’ ‘You Could Be Mine.’ After getting sober, Stradlin felt unsatisfied with Guns N’ Roses and decided to leave the band and formed his own rock band Izzy Stradlin and the Ju Ju Hounds.

During the early times of Guns N’ Roses, the band achieved immense success thanks to their debut studio album, ‘Appetite for Destruction,’ which was released on July 21, 1987. Although the record wasn’t a massive commercial success instantly, it topped the Billboard 200 the following year and became the best-selling debut album of all time with selling over 28 million copies worldwide to date.

With extraordinary success comes fortune, drugs, fame, and the freedom to act however the ultimate rock stars like oftentimes. There was one time when Izzy Stradlin tried to test this theory of freedom and decided to verbally abuse a flight attendant, lit up a cigarette in a non-smoking area, and pee on the floor on an airplane. The incident ended up with a year’s probation and more. Let’s break down the story of how the guitarist pushed the limits of public mannerism.

Izzy Stradlin Smoked A Cigarette And Urinated On A Plane 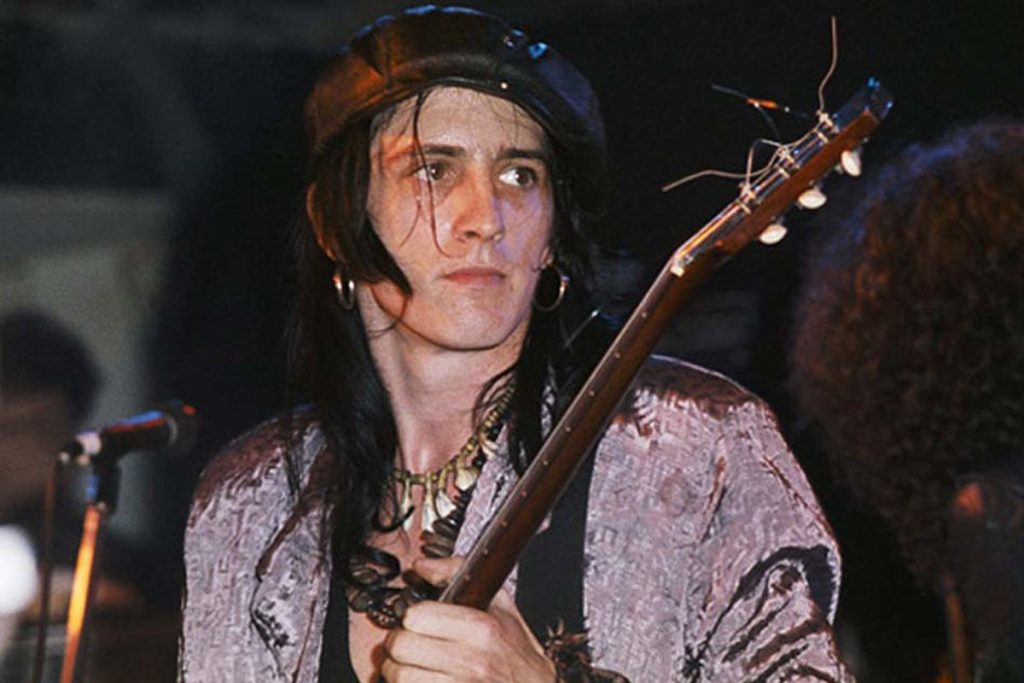 While Guns N’ Roses were at the top of their game and was touring constantly from June 1987 through December 1988, the band started to face endless trouble thanks to the band’s drug abuse, lead singer Axl Rose’s behavior, who is widely known for being a troublemaker, as well as the aggressive crowd that caused fights.

After all the chaotic touring, the band took a break and all members took some time off for themselves. In order to spend his time with his family in Los Angeles, Izzy Stradlin took a plane from Indianapolis on August 27, 1989. However, the guitarist never made it to his family’s home as he insulted a flight attendant, smoked a cigarette in a non-smoking area, and urinated on the floor of the galley in front of other passengers.

Following the unexpected incident which happened sometime before the plane reached Arizona, the plane landed in Phoenix, and Guns N’ Roses guitarist was arrested at the airport for causing a public disturbance. The reason why Izzy Stradlin was upset enough to do all of these things was to wait in order to use the plane’s restroom.

Despite the guitarist ended up with a year’s probation and wrote an apology letter to the flight crew, the incident ultimately helped Izzy Stradlin as he retreated to his mom’s home back in Indiana. During his time with his family, Stradlin decided to give up on drugs and alcohol and became a man with no addictions thanks to the time when he peed on a plane’s floor.