The Reason Ace Frehley Feels Guilty About His Guitar Technique

KISS lead guitarist and co-founder Ace Frehley played with the band from 1973 to 1982 under the persona The Spaceman that he created. He quit the band in 1982 and embarked on a solo career with another band he formed, Frehley’s Comet. His solo career was also quite successful, and the albums he released with the band were highly praised.

In 1996, after fourteen years, KISS reunited with all four original members, including Frehley, for a very successful reunion tour. After going on his final KISS tour in 2001, Ace Frehley decided to leave the band again to proceed with his solo career. Despite having such a fulfilling career, there were things that Frehley regretted not doing, which he found a way to share with his fans.

Besides his impressive career as a musician, KISS frontman Ace Frehley also published an autobiographical book named ‘No Regrets’ in 2011, and he was one of the co-writers alongside Joe Layden and John Ostrosky. In the book, Frehley started by talking about his childhood memories and recalled his time with KISS.

Ace Frehley Admitted He Regrets Not Taking Any Guitar Lessons 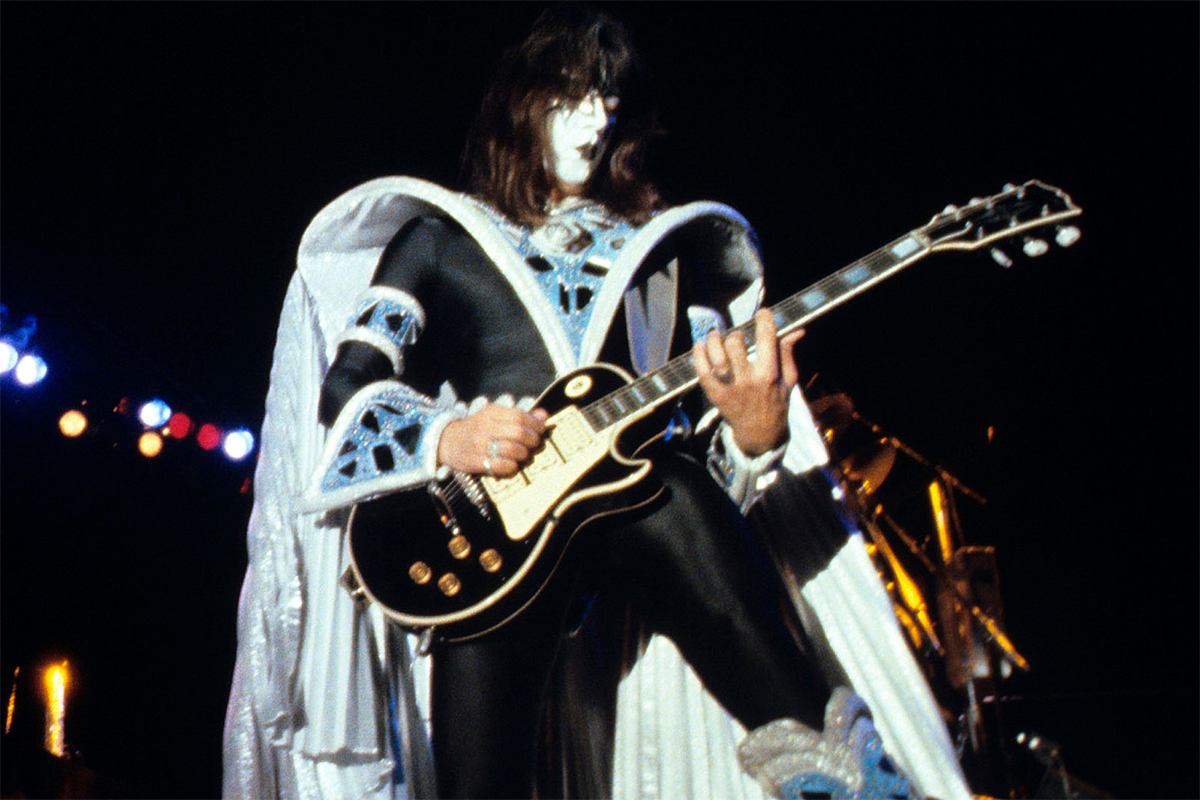 The majority of people naturally believe that being a great musician requires hours and hours of practice from a young age. However,  it may come as a surprise that some of the most talented musicians are self-taught and haven’t had any formal guidance. These names include Jimi Hendrix, Prince, Eric Clapton, Frank Zappa, Jimmy Page, David Bowie, and Kurt Cobain.

Some research was conducted about this kind of learning, and they showed that acquiring a skill implicitly, in fact, has many advantages. Step-by-step learning creates pressure over the performance while the performer’s moves become automatic without any formal education. Being self-taught also contributes to the improvisation skills and versatility of the performers.

Ace Frehley is also one of them as he hasn’t had any formal coaching during his career as a great guitarist. Despite his lack of musical education, Frehley has succeeded in inspiring numerous guitarists with his melodic sounds. When asked about his inspirations, Ace Frehley said that he is highly influenced by Eric Clapton, Jimi Hendrix, and Pete Townshend.

Frehley has a unique and original technique while playing guitar, as was also revealed by his bandmates before. For instance, Gene Simmons had stated that even the way Ace holds the pick is different, which significantly contributes to his characteristic technique. Thus, it is pretty hard to copy him.

Ace himself has also talked about his technique in several previous interviews. During an appearance at Hollywood’s Musicians Institute in 2018, Frehley said that he feels guilty when people say that he has heavily inspired them because of his lack of formal guidance in playing.

Here is how Ace talked about his lack of musical education:

“I never took a guitar lesson, and just about every day, somebody comes up to me and says, ‘If it wasn’t for you, I never would have picked up a guitar.’

I feel guilty because I never took a guitar lesson. I go, ‘You’re idolizing an idiot.’ I don’t even know what I’m playing half the time. I can’t verbalize it – it just comes out of the speakers.”

He also attended Full Metal Jackie’s radio program in 2019 and said that:

“The reason why I hold the pick that way is that I never took a guitar lesson. I ended up coming up with an original style and playing differently than most guitar players do because no one taught me the right way to do it. Sometimes, the wrong way sounds better than the right way because, you know, in rock ‘n’ roll, anything goes. Right?”

Ace Frehley hasn’t had any formal music education, but maybe these are the reasons why he is such an inspiring and creative musician. Nonetheless, it doesn’t change the fact that he has a unique talent, and many people listening to his music.