The Real Reason Why David Crosby Doesn’t Like Kanye West

Crosby, Stills, Nash & Young, and The Byrds co-founder, David Crosby once slammed Kanye West because of what he said during his performance at Glastonbury Festival in 2015. Kanye West described himself as the ‘greatest living rock star on the planet’ and he was harshly criticized by different artists.

Because of his controversial statements and unusual behaviors towards others, this wasn’t West’s first criticism that he got. He was targeted by many different celebrities and political figures even by the former presidents of the U.S. After what he had done to Taylor Swift when she won a Grammy award, Obama called Kanye a ‘jackass’ and also Donald Trump stated that he was trying to get attention with these acts. 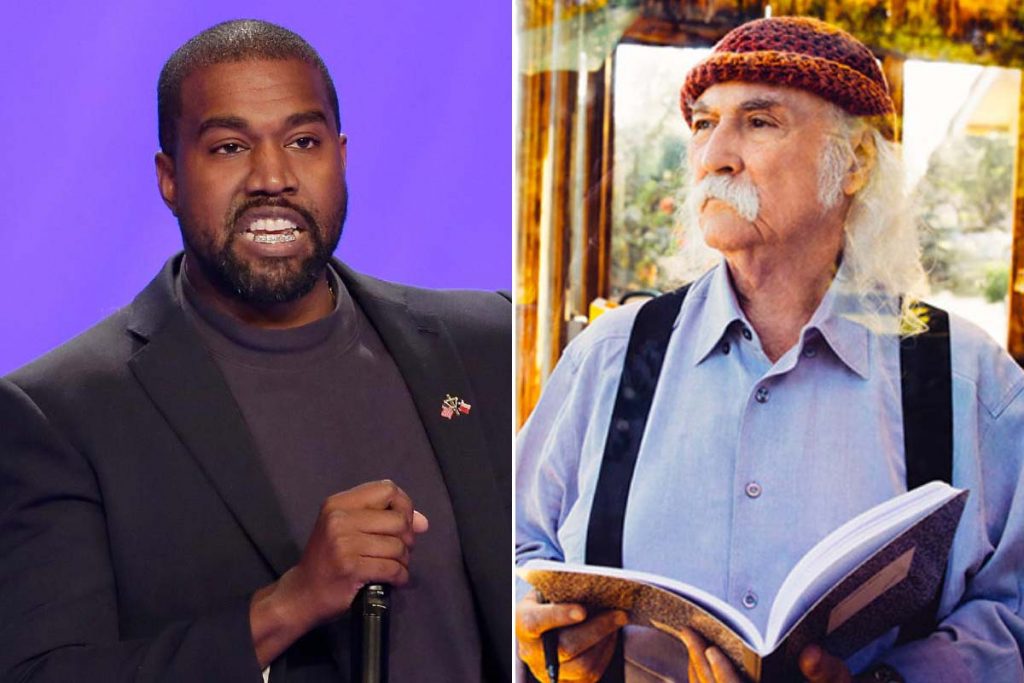 Even if Kanye West called himself the greatest rock star, his musical talent and works have been highly criticized by his colleagues such as Brandon Flowers, Nathan Followill, and Amy Winehouse. As one of them, the legendary musician, David Crosby targetted Kanye West after his declaring himself as ‘the greatest living rock star on the planet’ and ‘God’s vessel’ in his performance at Glastonbury Festival in 2015.

During his interview in Watch What Happens Live with Andy Cohen in 2016, David Cosby answered what bothered him about Kanye West. Crosby stated that he can’t call himself the greatest rock star and to see a real one he should go to Stevie Wonder’s house. Also, he stated that Kanye should get a Ray Charles catalog to learn how to sing. He added that West didn’t have any musical talent and he could neither sing nor write any good songs throughout his musical career.

“He can neither sing, nor write, nor play. The thing that bugs me about him is the: ‘I’m the greatest living rock star.’ Somebody needs to drive him over to Stevie Wonder’s house right now so he understands what a real one is. Secondly, they should send him all of Ray Charles’s catalog so he can learn how to sing.”